A few school districts in our area are already back in the swing of the school year while others are still basking in the last few days of summer sun. 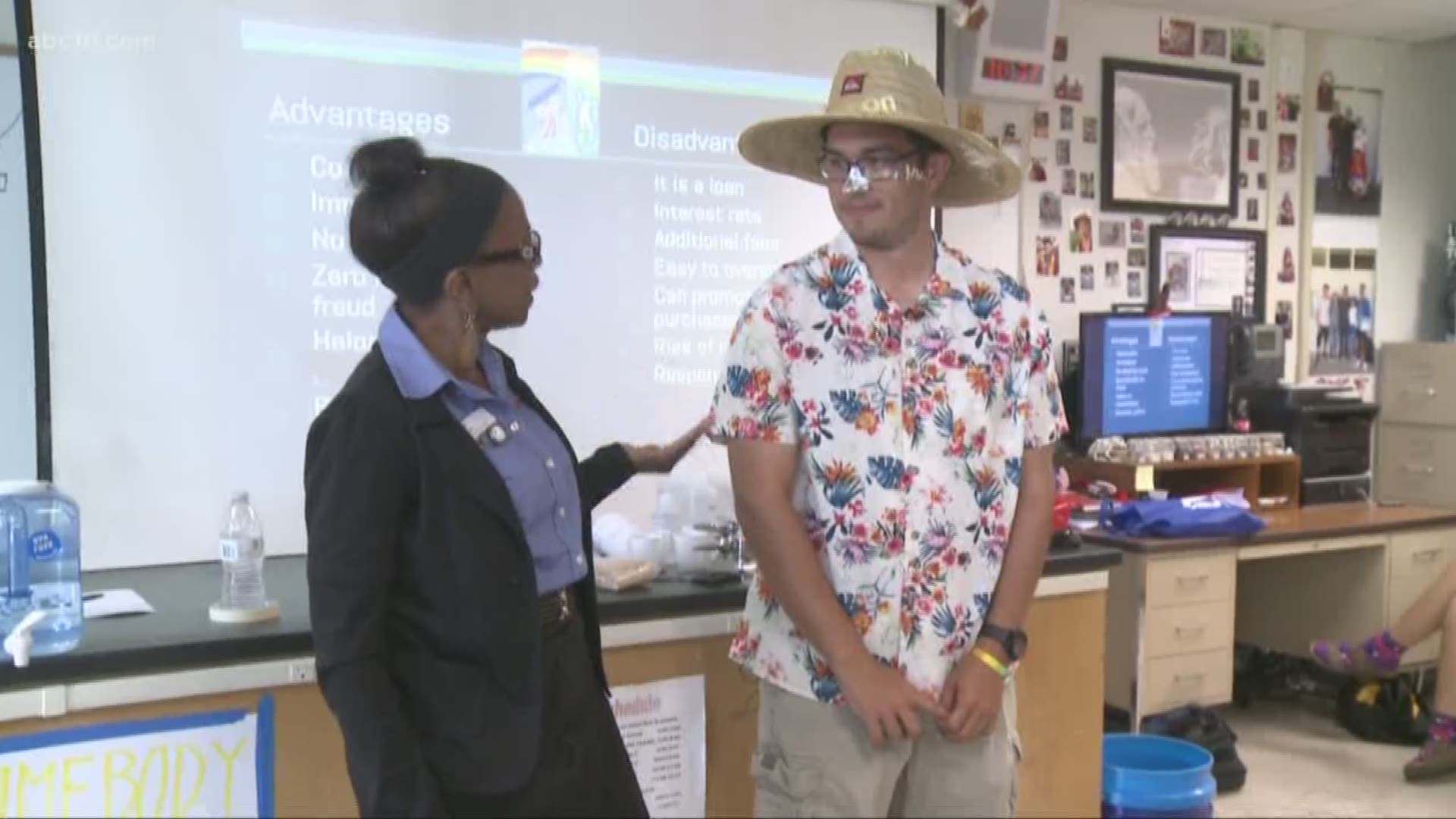 A few school districts in our area are already back in the swing of the school year, while others are still basking in the last few days of summer sun.

Either way - we here at ABC10 are still giving teachers the honor they're due with our Teacher of the Month Series.

Natasha, one of his students, nominated him because, “he’s kind of like everyone's dad on campus. It's like he's your teacher and he's your dad."

Makayla, another one of his students, added, “he cares about the kids who sit in the back row and the front row and he gets to know every single one of us."

That's just a taste of what a couple of Gerads' students had to say.

Normally, it's the high school football coach who gets all the love, and yes, Gerads does coach track, but it's his work as the AP Biology teacher that takes home the top teacher spot.

It's not just his charisma that makes him relate to his students. They say he cares on a deeper level. There's still a lot of learning to be done. But Gerads has it under control, which, by the way, is another thing Gerads' students learn on a scientific level.

To keep high school kids engaged and learning, he has to go above and beyond while making it fun.

"Yesterday was pajama day and I had to take advantage of that and today is vacation day,” Gerads said. “So I'm going for the tropical theme with the sandals and socks. To be able to see them smile for an hour, makes it worth it. There's never a day that I don't look forward to going to work. A lot of these kids right here are the reason why I wake up in the morning."

His kids say they feel the same way and that's why ABC10 and Schools Financial Credit Union awarded Anthony Gerads August's Teacher of the Month.