Teacher Of The Month

Mike Lobitz is a teacher at Sandra J. Gallardo Elementary in Folsom. 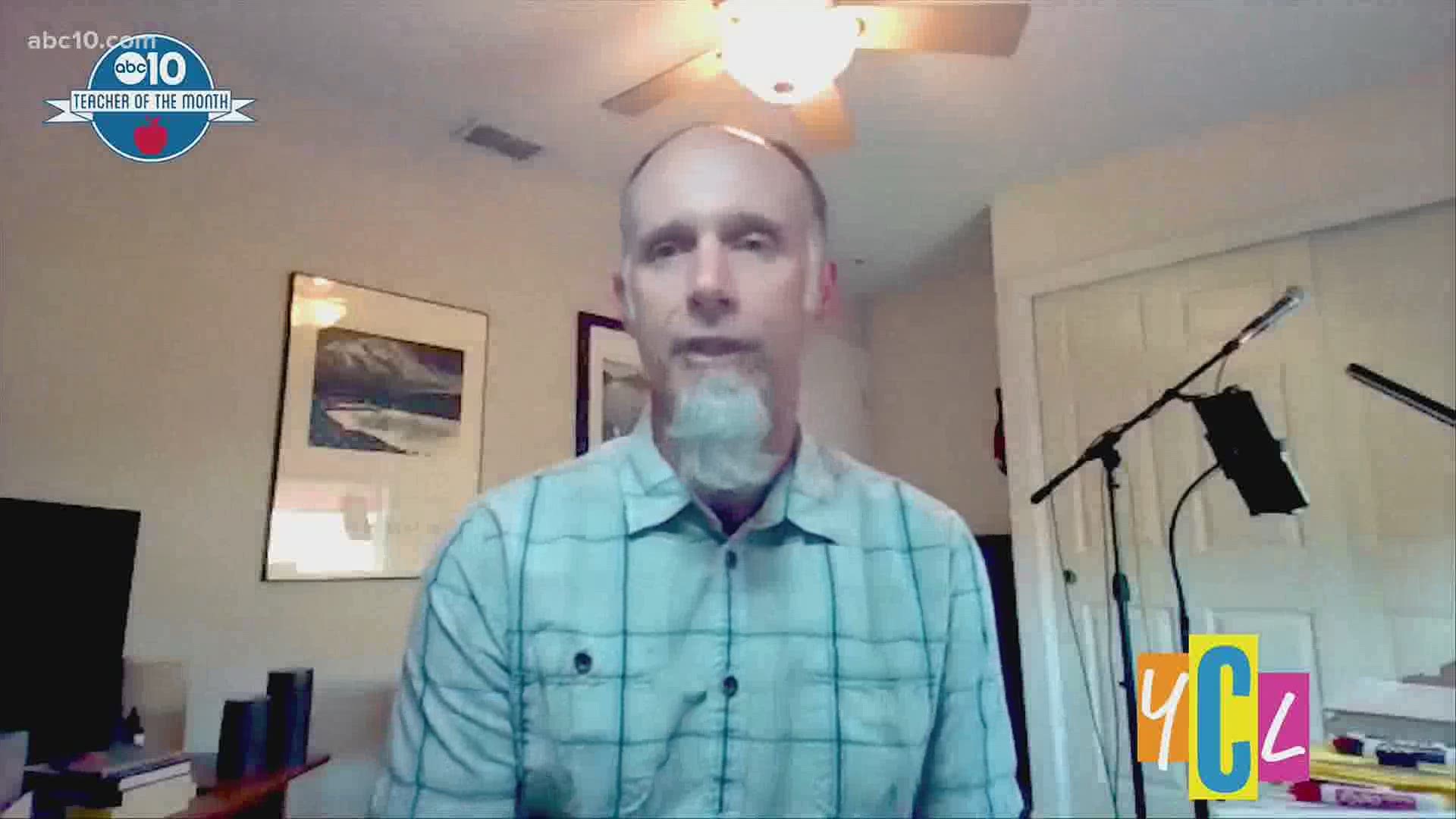 FOLSOM, Calif. — Mike Lobitz is the ABC10 Teacher of the Month for September 2020.

Lobitz is a teacher at Sandra J. Gallardo Elementary in Folsom. We asked her a few questions to really get a better understanding of how she educates and inspires her students.

How long have you been teaching?

Who was your favorite teacher growing up?

My favorite teacher was Jim Johnson (Oak Park High School.)  He was my ninth and eleventh grade history teacher in Oak Park, Calif. (Southern California). He was very good at making history interesting. He’s given me a lifelong appreciation for history.

I had a student about 20 years ago at another elementary school, Folsom Hills Elementary, who didn’t speak. Supposedly it was her choice that she didn’t speak, but for whatever reason she spoke to me. I got to know her that year, and encouraged her to join our school video club and to speak up more in math, as I could see she had a talent for it. She did both!  She wrote and starred in (with a speaking part no less) a video titled “Water Conservation” that won first place at the Sacramento Educational Video Awards (SEVA) and later she was accepted to Cal Berkeley in mechanical engineering, an extremely math intensive major, upon leaving high school. She came by a few years ago at her high school graduation from Folsom High where she gave me her senior picture (I keep all of that stuff, my walls are covered) and told me how much that one year in sixth grade made a difference. I’m so proud of her. What a difficult road to climb and come out on the other side so successful. Changed her life...that’s probably my best story.

My other story is about a little fifth grader who had the ear of the students in a good way. He just had a way about him. The kids would listen to him. He was voted class president and I could just tell that this kid was going to be a leader. I let him know that he had an intangible, something I couldn’t teach him, but could encourage in him. Well, fast forward a little bit and this kiddo becomes a pretty good football player at Folsom High. Set some crazy touchdown records and went on to be a four-year starting quarterback at Washington University. His name is Jake Browning. I saw Jake just recently before we were all called away from campus due to OVID-19 and it was so good to touch base with him and get a chance to tell him how proud of him I am. Not only because of football, which is pretty cool, but because of how much of a quality human being he has become. Just a great kid. Plays for the Minnesota Vikings now and I’ll be looking for him on Sundays. All 6 foot 3 of him. Not so little anymore.

What advice do you have for the future teachers of America?

My advice for the future teachers of America is simple: Do it for the kids. There is no other reason to do it. Being appreciated is nice, being respected is fine, but having the ear of the kids and affecting change at that level is the most powerful thing you’ll ever do. Be prepared, it’s not an easy job, but the positive effect you can have on so many people early in their lives cannot be matched.  A truly satisfying experience.

What advice do you have for parents?

Parents...it’s not about being right or wrong. It’s about learning from your mistakes and we all make plenty of them. Continue to provide your kids with a safe environment to make mistakes and then learn from them. Strike while the iron is hot and don’t wait. Set your kids up for success and you and they will reap the rewards of your hard work for many years to come. Being a parent now is harder than ever and it’s not going to get any easier. No one reads a manual to be a good parent, so don’t worry about that. Do what YOU think is right and stick to it. Do what’s best for YOUR kids. Good luck!