Why Alex Trebek 'stands alone' on the Mt. Rushmore of gameshow hosts, for at least one fan

If there was a Mt. Rushmore for gameshow hosts, one Jeopardy fan said you'd need to build a Statue of Liberty to best represent Trebek. 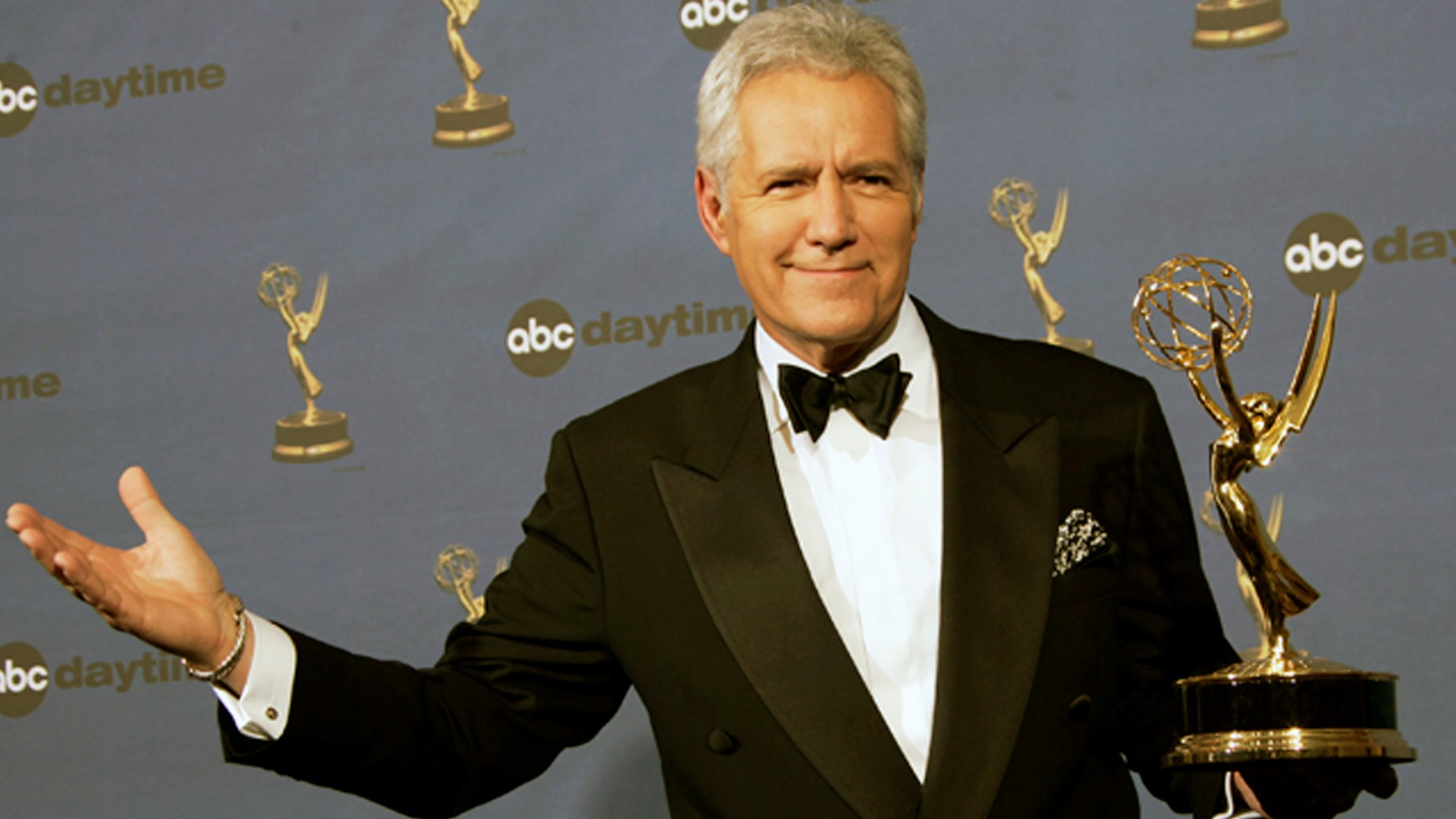 CALIFORNIA, USA — For Hannah Safford, the death of Alex Trebek, the host of her favorite gameshow, was something she knew would be coming eventually.

Trebek, the well-known host of Jeopardy since 1984, passed away peacefully at his home after battling pancreatic cancer, the gameshow announced on Sunday. He was 80 years old.

Safford, a PhD student at UC Davis, life long Jeopardy fan, and former show contestant, said the Jeopardy community had been bracing for the news ever since the Trebek's cancer diagnosis became public. Nonetheless, the news of his passing still came as a surprise.

“That feeling of Jeopardy as a community, it feels probably as if you had gone to college and your college had some kind of really well-loved president for decades and you found out about that person’s passing,” Safford said.

Safford become a part of the Jeopardy community when she landed a spot on the gameshow in 2019 and met Trebek in person. She took home second place, $2,000, a novelty Jeopardy pen, and a baseball cap that her grandfather now wears.

Safford said that she got the call to be on the show a day before Trebek's cancer diagnosis became public.

“That was a powerful time to be taping, but you would have never known he had it," Safford said. "He has so much class and grace and poise and… the staff all love him and look up to him as a mentor, not just as a boss.”

Despite meeting him on the show, Safford's first time seeing Trebek in person actually came when she was about eight or nine years old. Her parents took her to a Jeopardy taping, and, as a child, she got to ask Trebek two questions.

He told her what exactly was behind the podiums and what he thought about how he'd perform on the show.

Two decades later, Trebek was the one rattling off trivia questions at Safford. Trebek gave her a small intro and interview after the first round and even spoke with her and the other contestants after the taping.

RELATED: Former Jeopardy! contestant from UC Davis talks what it's like behind the scenes

“If the cancer diagnosis had not been public knowledge, you would have had no idea,” Safford said.

If there were ever a Mt. Rushmore of gameshow hosts, she said it would be indisputable for Alex Trebek to a place on it. However, if left up to her, she'd have her own plans to commemorate the host of her favorite gameshow.

A big part of that rationale has to do with the kind of person Trebek portrayed on TV and how that person was exactly who you got in person. She said Trebek was a legend in his own right, but never carried any exaggerated qualities or traits about him.

“Alex Trebek has a different feel where he feels like a college professor or grandfather or somebody that you might encounter at the library or on the street and not this kind of larger than life character that you’d like to maybe meet once… he’s somebody that you can live with for decades,” she said.

Having watched the show for decades with Trebek as host, she believes that the show is his legacy and that, even if the show adapts to not having Trebek, it'll always have his shadow over it.

“I don’t think that there would have been a Jeopardy in the way that it exists now without his imprint on it," Safford said.