Chaining dogs outside may be prohibited in Prince George's County 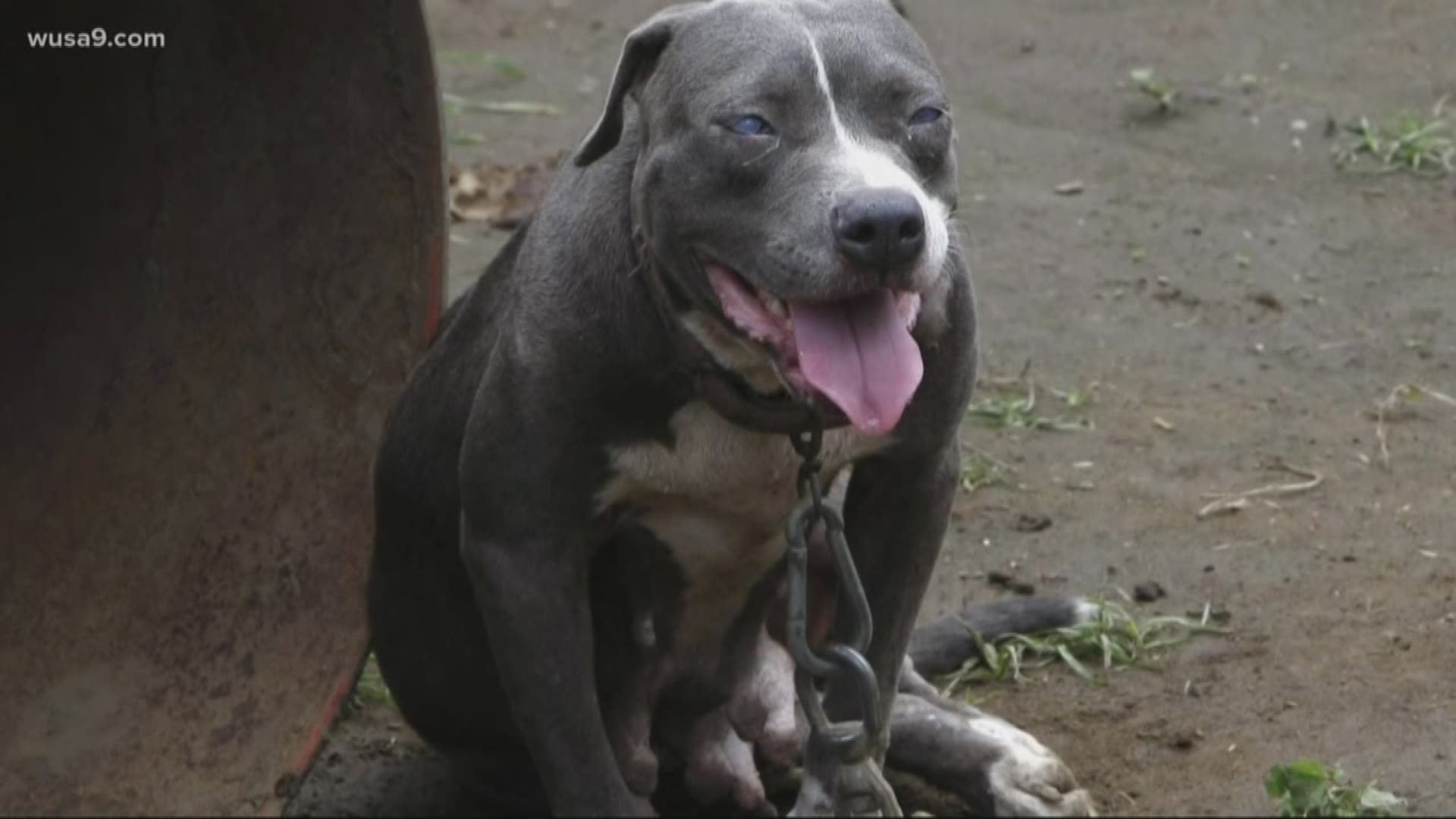 UPPER MARLBORO, Md. — The Prince George's County Council is considering sweeping changes to its animal ordinance headlined by a proposal to outlaw the chaining of dogs outdoors.

"We want to change the mindset of how we care for animals in Prince George's County," \Animal Services Chief Rodney Taylor said, after a bill was introduced to the county council by the administration of County Executive Angela Alsobrooks.

The bill represents the largest major revisions of the county's animal codes in 20 years, Taylor said.

Outdoor chaining is a practice that can lead to severe neglect, according to Bowie veterinarian Jim Murphy of the Belair veterinary hospital in Bowie.

"If the animal is neglected, they're out in the hot sun during July and August," Murphy said. "They're dehydrated. They may not have enough water and food."

Murphy said he's dealt with cases where chains and collars have cut deeply into the necks of tethered dogs.

Other changes in the codes would require owners to pay for the implanting of electronic microchips in all pets that are picked up by Animal Services before they will be released back to owners.

The agency handles at least 10,000 animals per year, according to Taylor.

Microchips allow animal control officers and veterinarians armed with simple scanners to immediately identify owners to either reunite them with their pets, or hold them accountable for violations, Taylor said.

Credit: wusa9
A microchip reader allows veterinarians and animal control officers to identify animals and owners through a chip permanently implanted under an animal's skin.

Credit: wusa9
A dog up for adoption at the Prince George's County Animal Services Facility in Upper Marlboro, Maryland

"Animal conflicts are a major issue in communities all the time," Taylor said. "We get involved in neighbor disputes all the time, and most of the time the animal is right in the middle."