The Niagara County SPCA says the former owner of Hemi has been charged with felony aggravated animal cruelty. 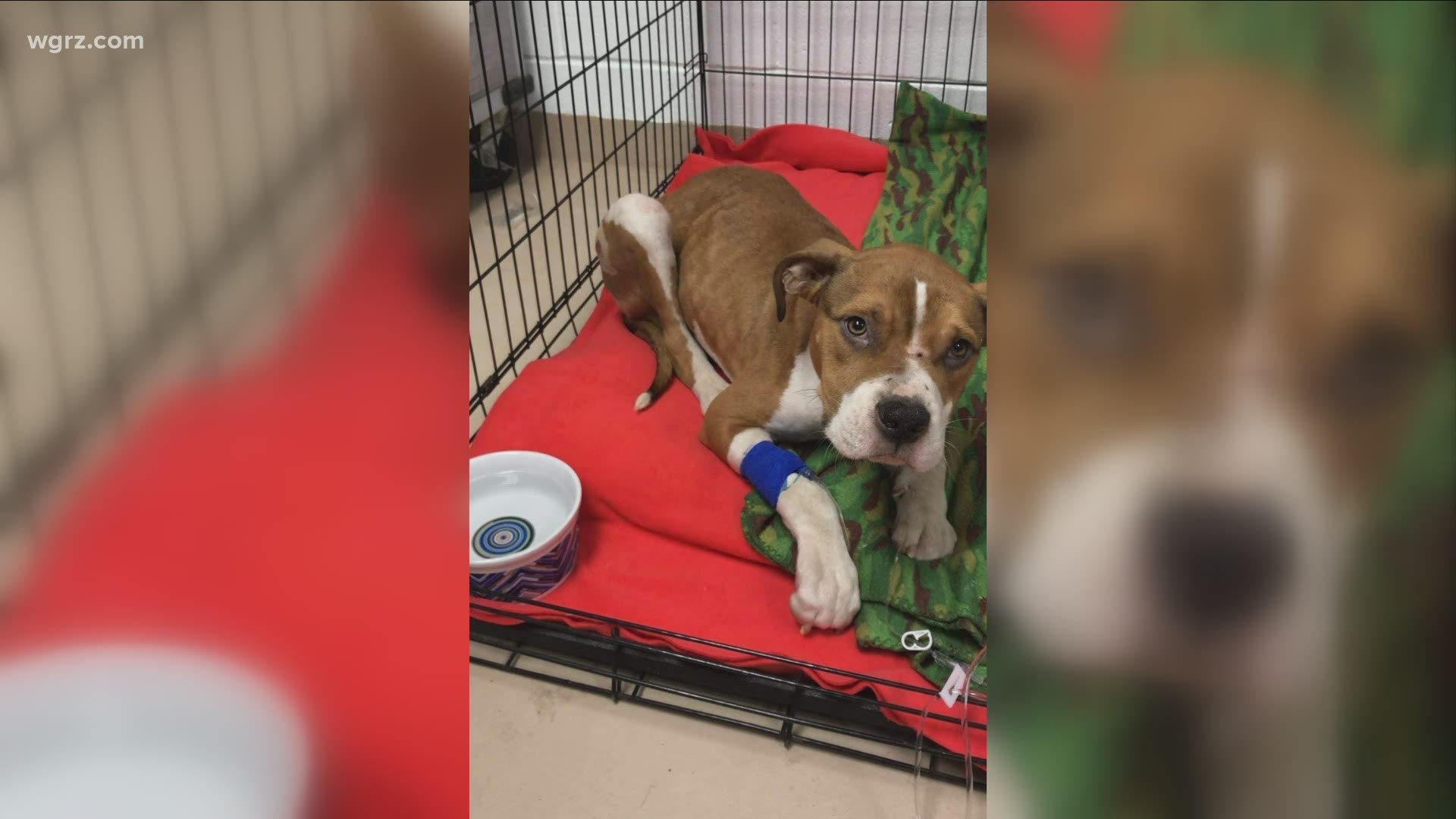 NIAGARA, N.Y. — A 6-month-old puppy seized from a home in Niagara County has found a new fur-ever home.

Hemi, along with another dog, was seized from a home after the Niagara County SPCA received a tip from an anonymous call that two dogs in a backyard appeared to be in rough condition.

According to the officer, one of the dogs could not put pressure on its leg. The other dog, Hemi, was emaciated, dehydrated, and could hardly walk. SPCA officials say his back leg was swollen and bruised.

According to the Niagara County SPCA, the dog's former owner has been charged with felony aggravated animal cruelty.

This news comes a few days after Hemi was adopted by the police officer who found him. The Niagara County SPCA posted a video on its official Facebook page of the officer taking Hemi home, which you can watch below.

A GoFundMe page has been set up to help pay for care for Hemi.  You can donate here. 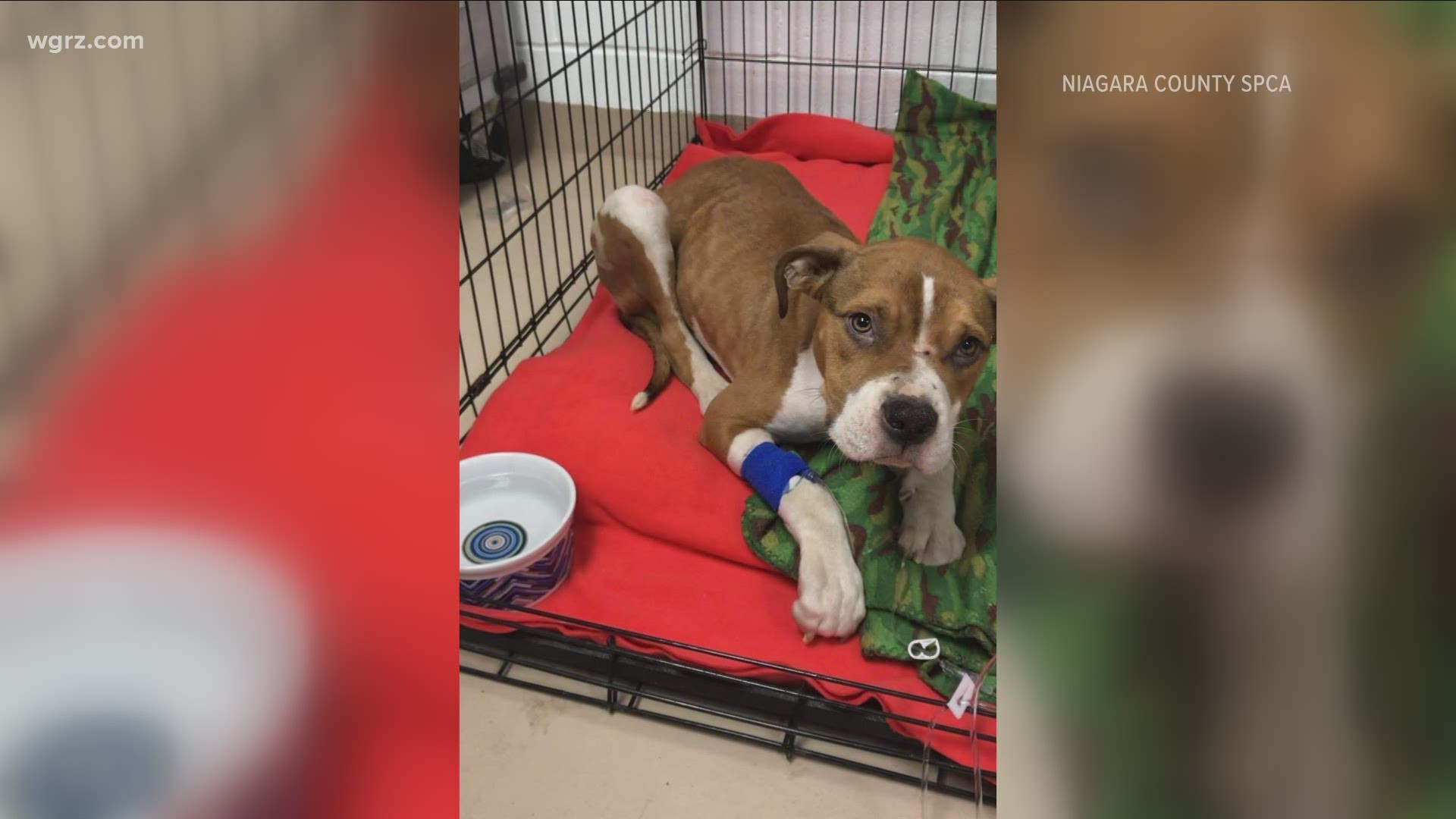