The videos show a Dec. 18 incident at the midtown Safeway, where two were injured after an officer shot at a dog. 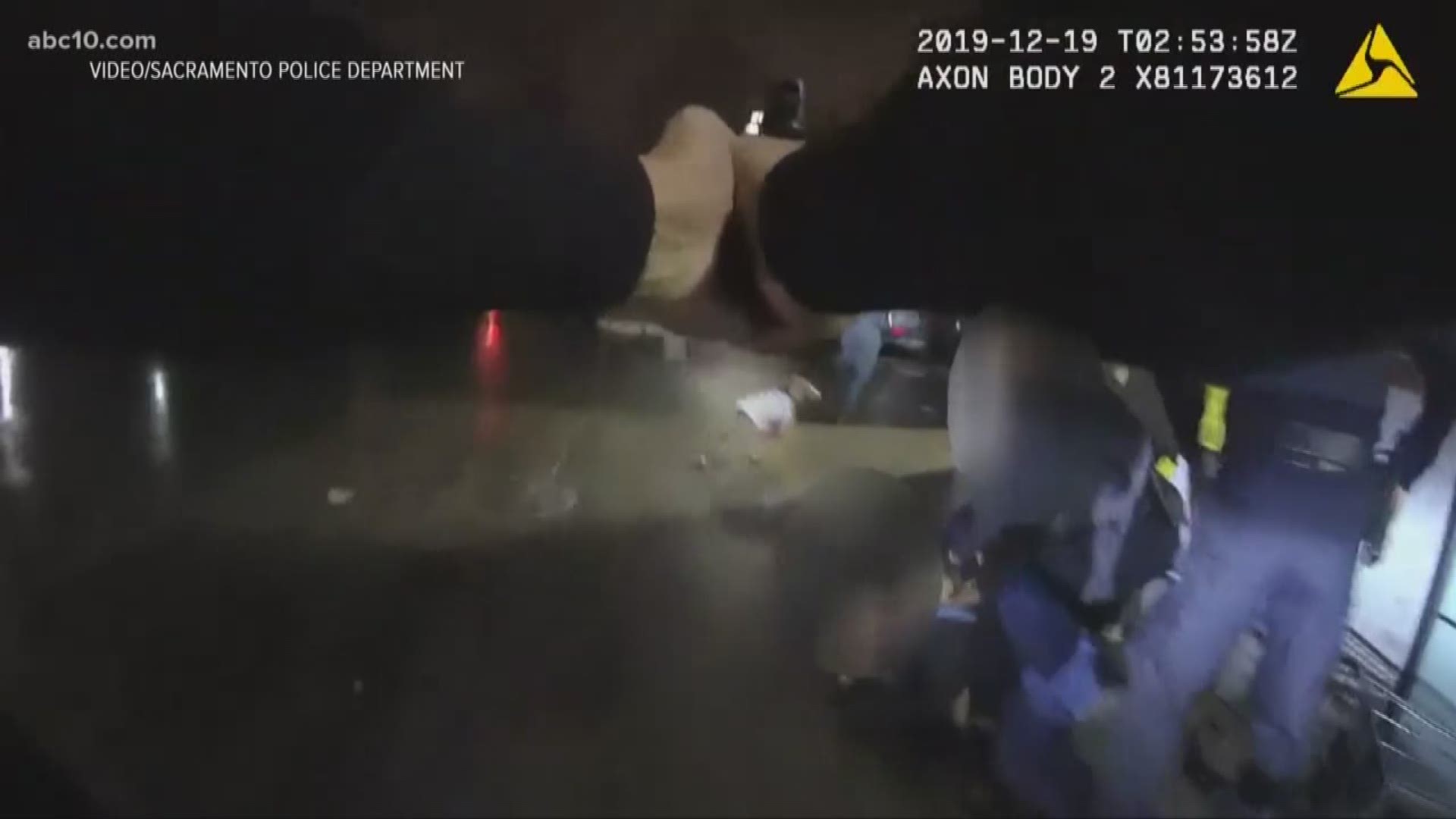 SACRAMENTO, Calif. — The Sacramento Police Department released body-cam footage from the night an officer fired at an "aggressive" dog at Midtown shopping center.

The videos release by the Sacramento Police Department show the initial response of three officers and end when the subject is transported by Sacramento Fire Department personnel to a local hospital.

The footage was taken from four body-worn-camera (BWC) videos worn on Dec. 18, according to the department. The videos were captured by the three primary officers involved in the incident at the midtown Safeway on 19th and S Streets after they came to help a security guard trying to detain a man allegedly causing a disturbance.

Video from the Sacramento Police Department:

The man who was allegedly causing a disturbance was asked by an officer to leave the property several times but refused, police body camera videos show. The officer then attempted to arrest the man but he resisted and a struggle began, according to police.

During the struggle, the man's dog became aggressive, lunged at and bit one of the officers on the arm, police say.

A second officer responded moments after the struggle and fired one shot at the dog when it approached him, but the shot missed the dog and struck concrete. Shrapnel from the gunshot struck the man, a security guard, and the dog. All received minor injuries and are expected to recover.

According to Sacramento Police Department policy, officer's may discharge their firearm “to stop a dangerous animal that poses an imminent risk of death or serious bodily injury to a person.”

The man and the security guard were both taken to the hospital with non-life threatening injuries. The officer who was bitten on the arm by a pit-bull was treated at the scene.

Video from the Sacramento Police Department:

All of the videos can be watched on the Sacramento Police Department's YouTube channel: https://www.youtube.com/playlist?list=PLR0Wtq8JGPQbTE0SBJwgP9TpfodxbTV0f

The incident falls under the City Council policy on Police Use of Force, according to the Sacramento Police Department. The department says more video and audio related to the incident will be released in the near future.

The national age for smoking has been boosted to 21, and a deadline for claims from wildfire survivors is drawing near.