Paul Cantelli walked out of a rehab facility with cheers from nurses and doctors. His family threw him a parade at home. 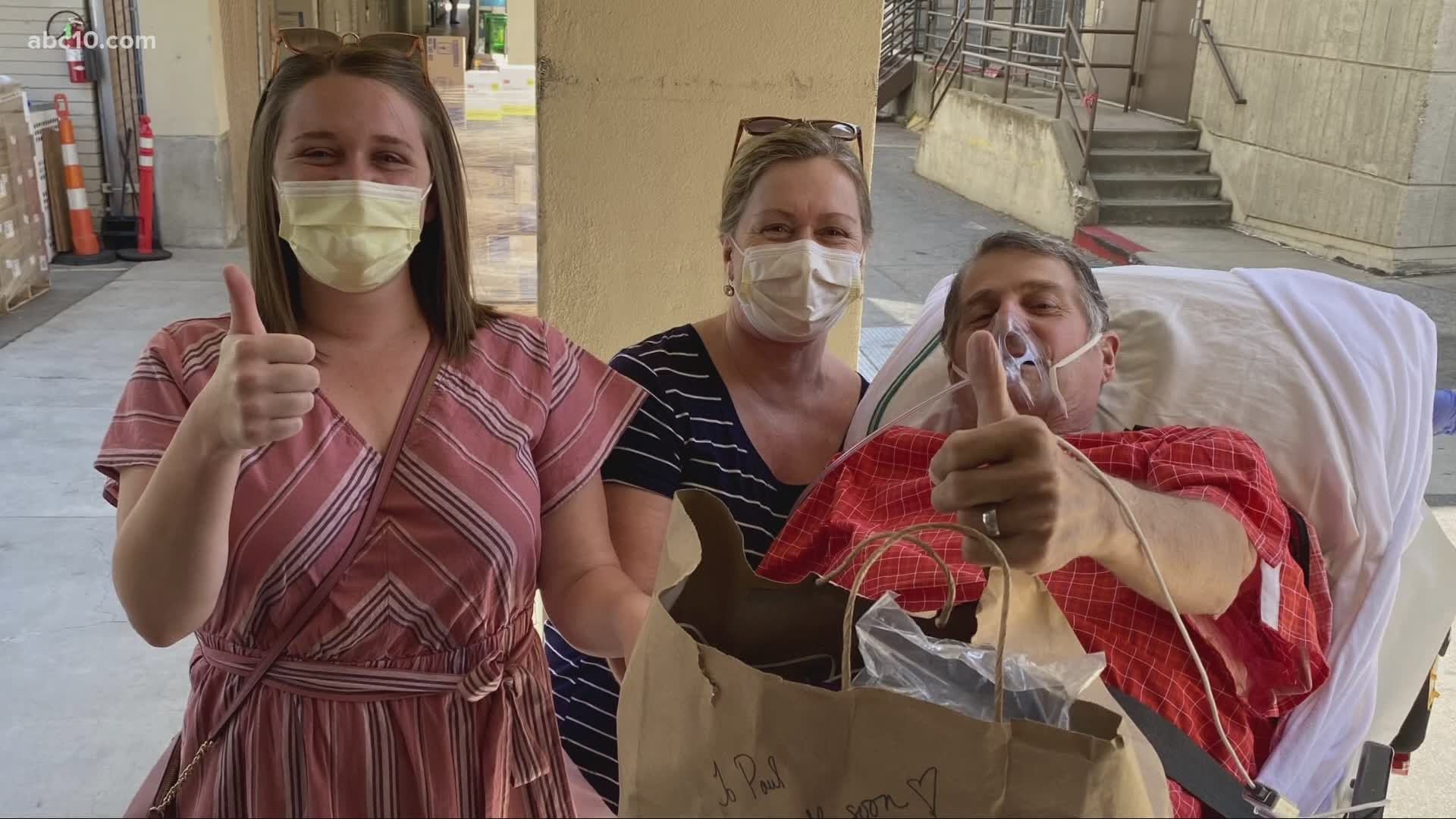 SACRAMENTO, Calif — Paul Canetti spent 65 days away from home battling the coronavirus before he was released from a rehab facility on Thursday in Sacramento.

Canetti spent 42 of those 65 days on a ventilator while in the ICU at Sutter Medical Center in Sacramento. He was welcomed home with a parade on Friday organized by his family and friends.

"You know it's quite a shock when I woke up and they asked me what day it is and I thought it was March and it was May 9th," Canetti said.

He has no idea how he got the coronavirus. He remembers feeling ill and the next thing he remembers was he was his way to the ER. He has no pre-existing health conditions, is an avid walker, and very social, so it was a shock.

"I'm used to playing with the grandkids, playing golf with my friends, going to trivia and watching the bachelorette with my girls," Canetti joked.

The doctors and nurses at Sutter Medical did everything they could to help him.

"They put pictures of me in the ICU and they would talk to me on FaceTime, and they would say this is what you are fighting for, keep fighting, so I did," Canetti said.

One day, he started breathing on his own. Showing improvement, he was transferred to a rehab facility.

"I lost 50 percent of my muscle mass and I lost 30 pounds, but I'm going to be eating a lot," Canetti said.

Now that he's home, he wants people to know this is serious.

"To fight this enemy, you don't have to be a navy seal, you just have to put on a mask. So you won't be a statistic or start over like me with the strength of a baby," Canetti said.

Now, he is focused on healing and being with his family who also tested positive for the virus after caring for him, though not as severe.

"It brought our family so close together and it really kind of showed what human kindness can do and it's overwhelming to have our family together," Sarah England, Cantelli's daughter, said.