Door buster deals attracted hundreds of shoppers away from the dinner table. 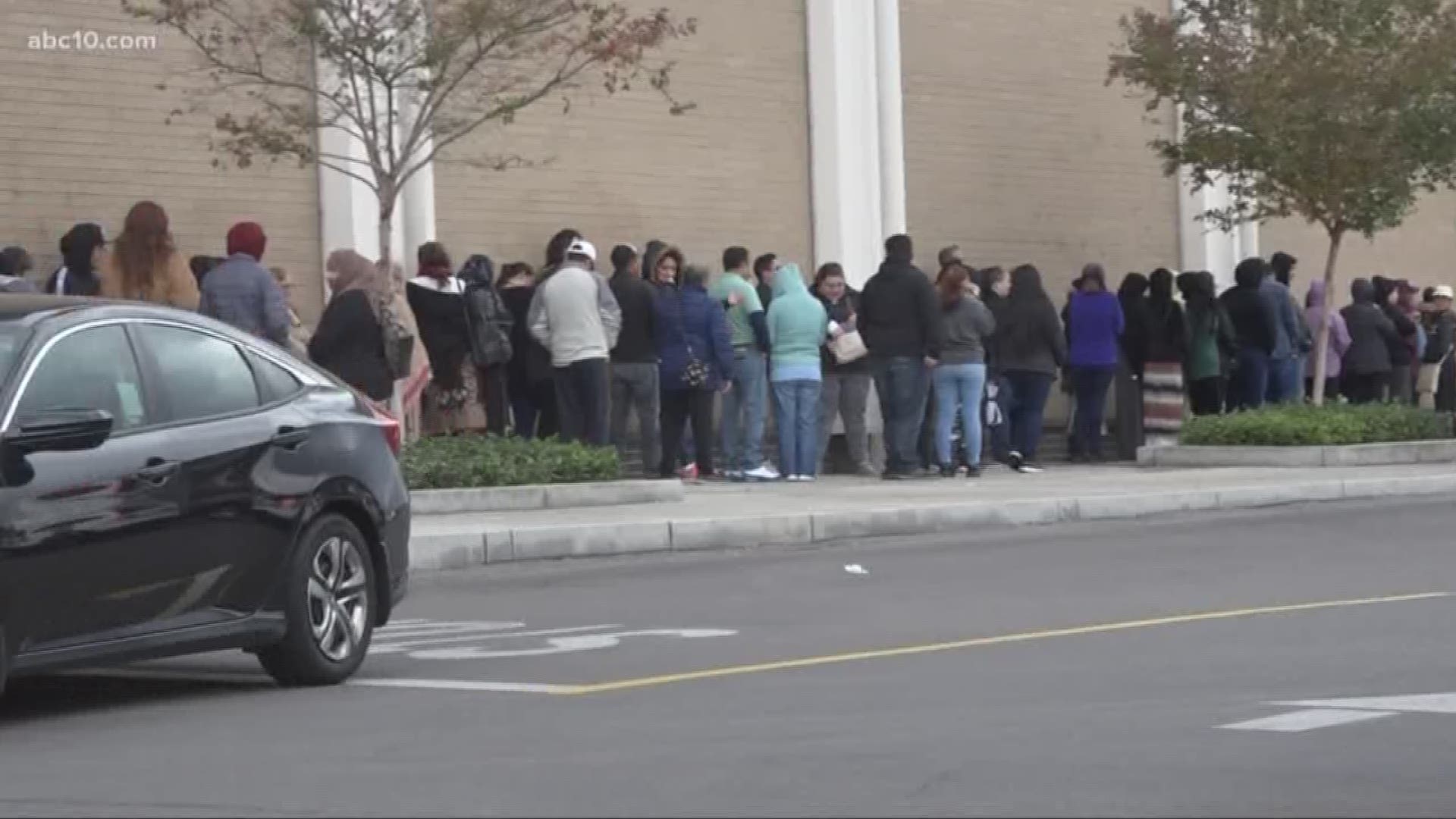 STOCKTON, Calif. — Monica Garcia grabbed a chair and planted herself first in line before hundreds at the JCPenny Store in Stockton at 6 a.m. Thursday. The doors didn't open until 2 p.m.

"I'm passing the time [by] talking with people on the phone, napping," Garcia said in Spanish.

So, why wait so long for doors to open?

Garcia, like many others, wanted giveaway coupons from the retailer in the amount of $10 to $500 off. All denominations were handed out at random.

This isn't the first time Michael Lewis and his family have stood outside for hours waiting for a door buster. His wife, Cheryl, has scored in the past.

"Everyone seems to be in good spirits," said shopper Desiree Valencia, who was in line sitting in her own chair since 9:30 a.m. Thursday.

There were no door buster coupons at Best Buy, but Ignacio Huerte was one of the first in line three hours before the doors opened at 5 p.m. Thursday. He hoped to score a deal on a TV.

But at a nearby Target, the line was much shorter.

Vincent Soto said he used to work at this store three years ago when lines were "all the way around the entire building." But that's not the case anymore.

"A lot of stuff online now. You can easily get it online, show up and pick it up. You don't even have to bother standing in line," Soto said.

Asked why he was in line, he blamed it on his wife.

"Because she likes coming out here" Soto said.

WATCH ALSO: Roadways clear up along I-80 after series of spin-outs in Sierra

Thousands were stuck in traffic on Wednesday after spin-outs temporarily closed I-80 in the Sierras.