The petition calls for Target to commit to eliminating plastic bags that are “choking the earth." 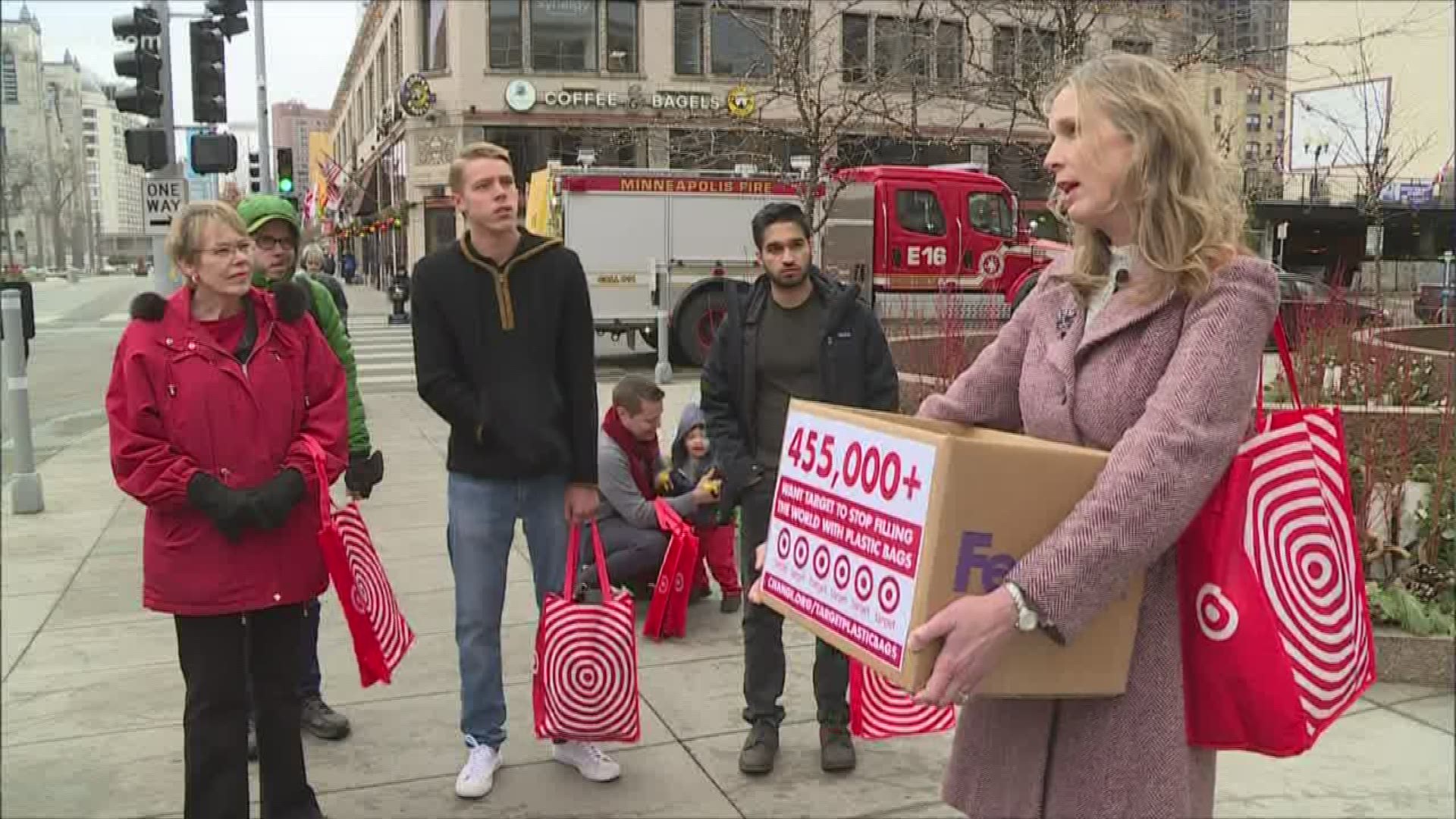 Protest organizer Theresa Carter and other Target shoppers plan to deliver pages containing more than 459,000 signatures to the corporation’s headquarters in downtown Minneapolis Thursday at 11:30 a.m., which is traditionally one of the busiest shopping days of the year.

The petition calls for Target to commit to eliminating plastic bags that are “choking the earth,” Carter said in a statement.

“I’m a Target shopper. Hundreds of thousands of my petition’s signers are Target customers, and we have one clear message for Target: Please act to end plastic bag pollution,” she said.

According to Carter, Target has agreed to accept the petition and be available for comment.

Target spokeswoman Danielle Schumann said the company has taken several steps to help reduce its use of plastic, including sustainable packaging goals and using plastic bags that are now made with 40% recycled content. Target first placed recycling kiosks, including for plastic bags, at the front of its stores in 2010, she said.

“Target teams across the business are working to eliminate, reduce and find alternatives for plastics in our products, packaging and operations,” Schumann said.

Target has more than 1,800 stores across the United States.

In November, the Minneapolis City Council approved a 5-cent fee on plastic and paper retail bags. Residents on food assistance programs, such as W.I.C. or S.N.A.P. wouldn't have to pay the fee.

The U.S. each year generates more than 4 million tons of plastic bags, sacks and wraps, according to the Environmental Protection Agency. Only about 13% of that plastic is recycled.

State lawmakers in Oregon earlier this year voted to prohibit single-use plastic shopping bags, joining a growing movement to reduce plastic pollution in oceans. Plastics can take hundreds of years to break down, and even then they break into smaller pieces of debris called micro-plastics which never degrade and can pose a threat to aquatic life.

“If other retailers like IKEA and Costco can do without plastic bags, I’m convinced Target can too,” Carter said.

The petition signers and corresponding comments can be found at www.change.org/TargetPlasticBags.