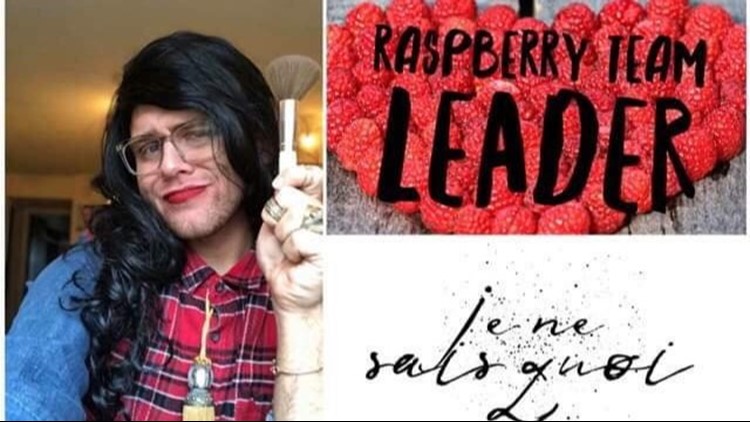 Fort Smith native Garrett Rogers has been busy indeed, as a college student with a quickly growing social presence. Things haven't always been this crazy for Rogers, but that all changed when he met Laura Jo Jell -- his online personality.

On Oct. 11, Rogers posted a video that was captioned, "Southern women selling the weirdest stuff be like: (ps stay tuned for the eyelash falling off at the end; totally not planned lol)." In just a week, the video has garnered almost 4.8 million views, 5,000 comments and over 56,000 shares.

We've all seen them -- videos boasting the latest and greatest items, from makeup to cutlery. Sellers create Facebook Live videos to discuss their recent business ventures, in what some call a "pyramid scheme."

The video features Rogers parodying these types of videos with the persona Laura Jo.

"I got on Facebook and thought that it's almost inevitable to get on Facebook and not see these things," Rogers said. "So, I said, 'Okay, I want to do my version of one and kind of poke fun.' I had a wig that I was going to wear for my Halloween costume, so I put that on and some goofy looking clothes and just kind of recorded."

Rogers said that though he's made fun videos like this before, this was his first time as Laura Jo and his first viral video. He said he was out with friends when his phone started blowing up, with friends and family texting him about the success

Since his viral video, he's had a lot of comments saying he should go on Ellen, which he said would be a dream come true. He's also gotten several messages thanking him and sharing how his videos have impacted them.

"I've gotten all kinds of messages from people saying that I'm making their day," he said. "I've gotten a couple messages of people that are going through chemotherapy who say that this is the first thing they've seen that's made them smile in a long time. There's no better feeling than that."

Despite everything happening online, Rogers said his focus is on school and work. He's a student at UofA Fort Smith studying media communications. He said he's been using what he's learned at school to keep the fire going, and one of his professors even showed his video in class.

Rogers said his goal is to work in public relations and brand management, which he said is closely related to what he's doing with Laura Jo.

"If this is a way to become a career, I would totally love to do that," he said.