Paul Bassman, president and CEO of Ascend Insurance, said he is surprised the festival is not going on. 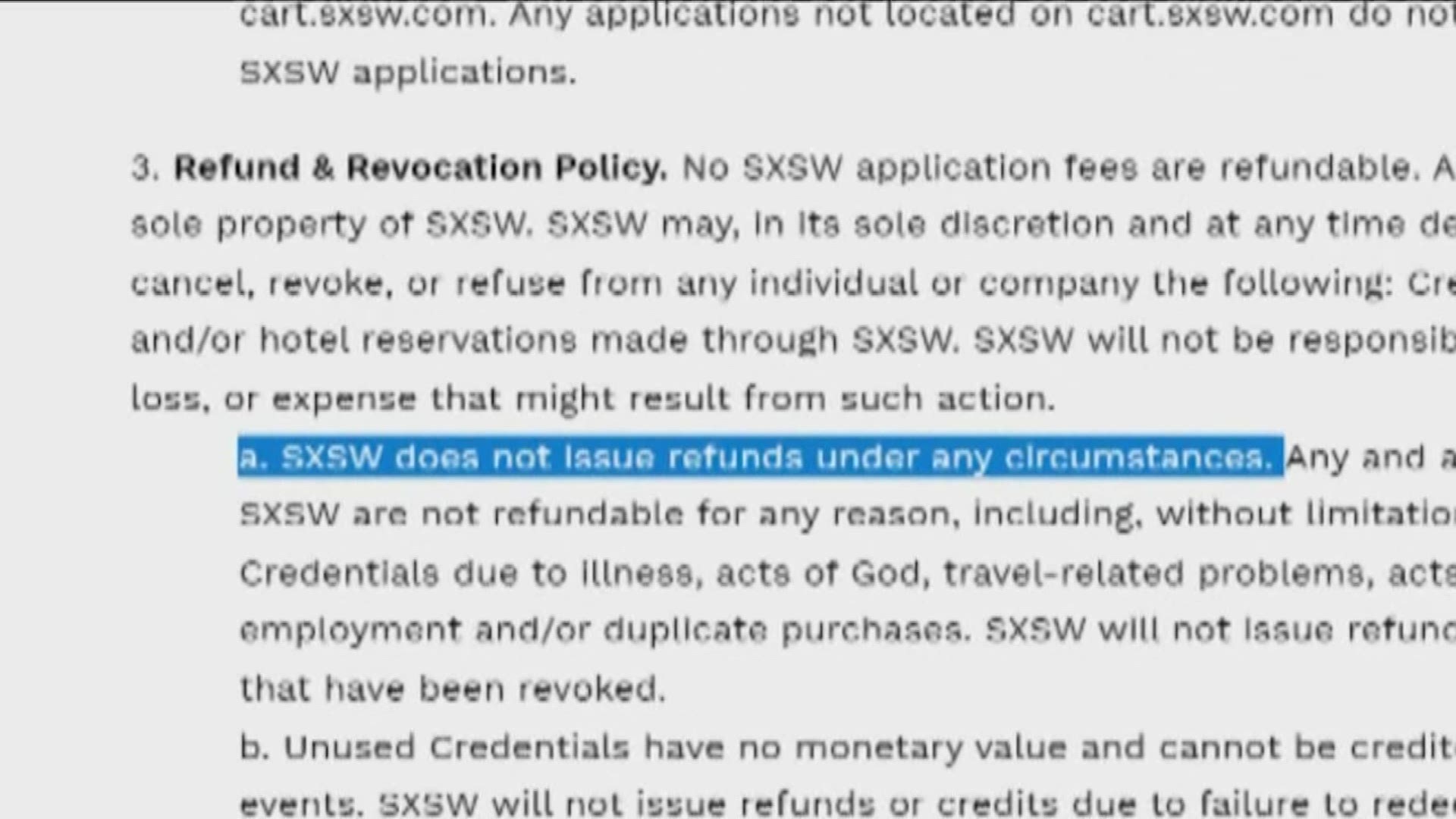 AUSTIN, Texas — Paul Bassman is like many when he heard the news that South by Southwest (SXSW) was canceled.

"Shocked, I had no idea they would pull the trigger on cancellations this early in the development of the coronavirus. Considering there have been absolutely no cases reported in the Austin area," said Bassman.

Bassman is the president and CEO of Ascend Insurance out of Dallas, a company that insures live entertainment, like music festivals.

Bassman thought SXSW would go on with extra precautions, but he never thought it would be canceled.

"I anticipated the event to go forward and for them to provide lots of sanitation stations with the hand sanitizer and handwashing and reminders to don't touch your face and things like that," he said. "Like mitigation rather than a cancellation, I thought would be the more appropriate measure to take, because the reality is, is that things will still happen that week. Life doesn't stop. So there will still be shows at all the venues that we're supposed to have shows. I imagine a lot of the private events are still going to occur. And what are they really accomplishing by canceling South by Southwest except for scaring the crap out of people?"

Bassman is also surprised about another possible element.

SXSW is canceled, but many of Austin's spring events are still on

According to our news partner at the Stateman, the festival may not be insured for communicable diseases, like the coronavirus.

Asked if the festival could survive the cancellation, Bassman said he didn't know.

"That's a really great question," he said. "The question really is what is their refund policy?"

SXSW's website clearly states there are no refunds. It reads in part: "SXSW does not issue refunds under any circumstances. Any and all payments made to SXSW are not refundable for any reason, including, without limitation, failure to use credentials due to illness, acts of God, travel-related problems, acts of terrorism, loss of employment and/or duplicate purchases. SXSW will not issue refunds for credentials that have been revoked."

'It breaks my heart': Businesses, musicians react to SXSW cancellation

But media reports state SXSW is allowing badge and wristband holders to roll over to next year.

"That's OK," said Bassman. "That's what I figured they would do in lieu of having cancellation insurance. They're going to let it roll over till next year. But then how do they have how do they afford to do the event next year? They need that money unless they're going to charge double for sponsorships and things along those lines. It's going to be interesting," Bassman said.

On Tuesday, SXSW confirmed to KVUE that 2020 registrants will be allowed to defer for up to three years, through the 2023 festival.

On Friday, organizers said they would try to reschedule the festival for later this year. They're also working to provide a virtual experience for this year's SXSW EDU, which starts on March 13.