Amid the coronavirus pandemic, police injustice and national unrest, more Black women and men have been purchasing guns and joining firearms groups. 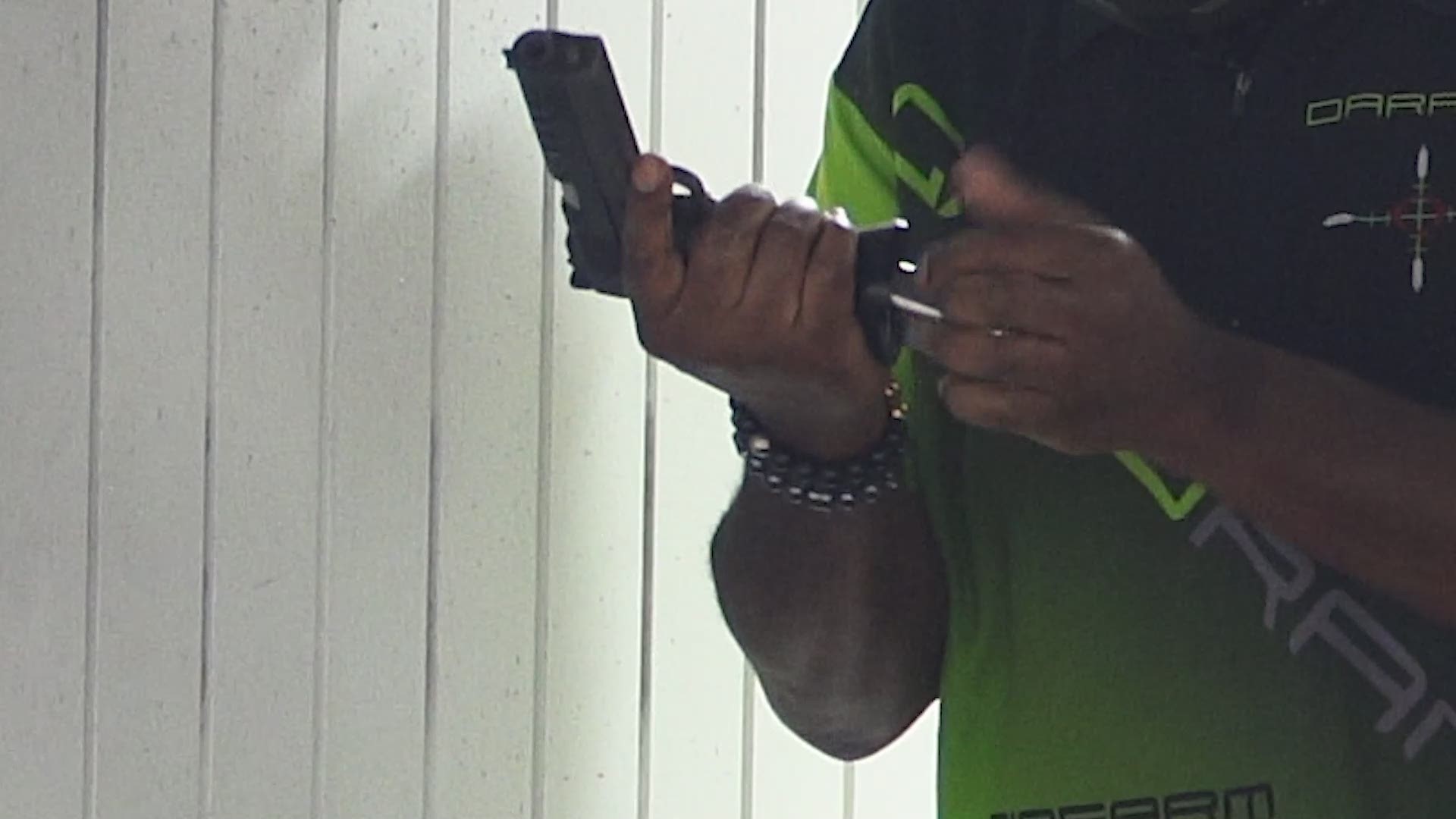 WASHINGTON — A report produced by the Firearm Industry Trade Association noted a nearly 60% increase in firearm sales among Black women and men in 2020. And when you consider all buyers, the organization said more than 8.4 million people purchased a firearm for the first time last year.

“We had been seeing the market shift over time,” Mark Oliva, Director of Public Affairs for the Firearm Industry Trade Association, said. “It was looking less like me (a white man) and more like the rest of America. We’re seeing more African Americans, more Hispanics, more Asian Americans, and we’re seeing more women buy guns.”

Many of these new gun owners are finding support and community from several gun rights organizations including The National African American Gun Association better known as NAAGA. It boasts 45,000 members nationwide since its inception in 2015.

Over the last year, major national events like the coronavirus pandemic and Black Lives Matter Demonstrations last summer have helped NAAGA recruit an average of 1,000 new members every month.

Standing inside a small firing lane at Cindy’s Hotshot in Glen Bernie, Maryland, Janice Dalton lines her gun with the target directly ahead.

“Always keeping my finger off the trigger,” Dalton repeated to herself.

Her focus is intense. She can feel the presence of her instructor, Darryl White, as he watches every move Dalton makes. She fires and hits the target. 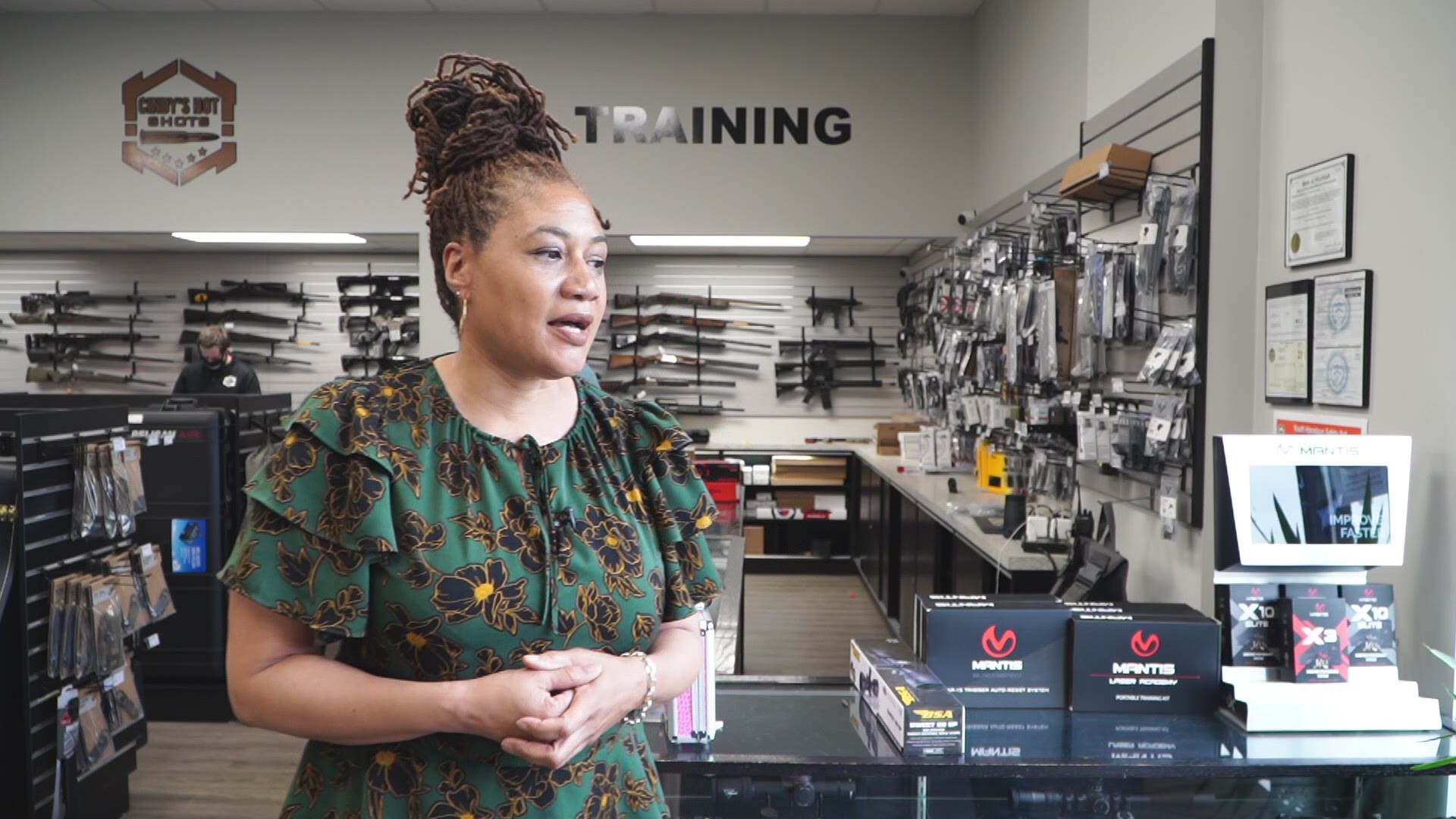 The two give one another a fist bump, being mindful of safety protocols during the pandemic. Dalton, with a mask covering her face, appears happy knowing her skills are getting progressively better.

“I thought it was important to have an additional level of protection,” Dalton said when asked why she purchased a gun and signed up for training. “I wanted to be knowledgeable about firearms. I wanted to gain confidence about navigating my personal life, professional life and security.”

Dalton represents a growing number of Black women and men purchasing firearms and getting involved in the community of gun owners.

“That sense of security is really important.”

1 / 3
WUSA 9
Standing inside a small firing lane at Cindy’s Hot Shot in Glen Bernie, Maryland, Janice Dalton, lines her gun with the target directly ahead.

“I had very civil arguments with folks from about 2015 up until last year,” Philip Smith, founder and president of NAAGA, said. “They say, ‘Hey, Phil. I respect you. You’re a good guy. The organization is a good organization, but I personally don’t believe in guns.'"

Smith found out that the pandemic, however, proved to be a game changer for at least some people that were on the fence about buying a gun.

“Once COVID hit, that was the line in the sand,” Smith said passionately. “You had to sit there and say, ‘Is there going to be a total breakdown of social order? Is there going to be food for my family? Will we have gas? Will everything crumble in our general society and will we literally have to fight people off?'"

From that point, Smith said, more and more Black women and men went out and purchased firearms. Many of the new gun owners would later join his organization.

“We are getting law enforcement officials, judges, military active and retired that are joining our organization," he said. "That does not mean we have kumbaya moments every day. We have differences. You want to belong to an organization that respects your essence. Your cultural perspective. Your personal perspective.”

Gun ownership and access to guns, however, continue to be fiercely debated in neighborhoods and on Capitol Hill especially considering several recent mass shootings in the United States. There have been 147 mass shootings since the start of the year---in places like a grocery store in Colorado, several health spas in Atlanta, and a FedEx facility in Indianapolis, according to Gun Violence Archive

But for Dalton, and many more people like her, recent mass shootings have not deterred her interest in and commitment to gun ownership. As a trained gun owner, she said she feels her gun keeps her both secure and empowered.

“They’re entitled to their opinions and their value systems," she said. "And if they choose to navigate from that perspective, I certainly understand and I’m respective of that. There are other folks who think that additional layer of confidence, knowledge and empowerment is critically important.”

Sign up for the Get Up DC newsletter: Your forecast. Your commute. Your news