With a new hotel and budding food and wine scene, Winters, is moving away from "day-trip" to "weekend getaway." 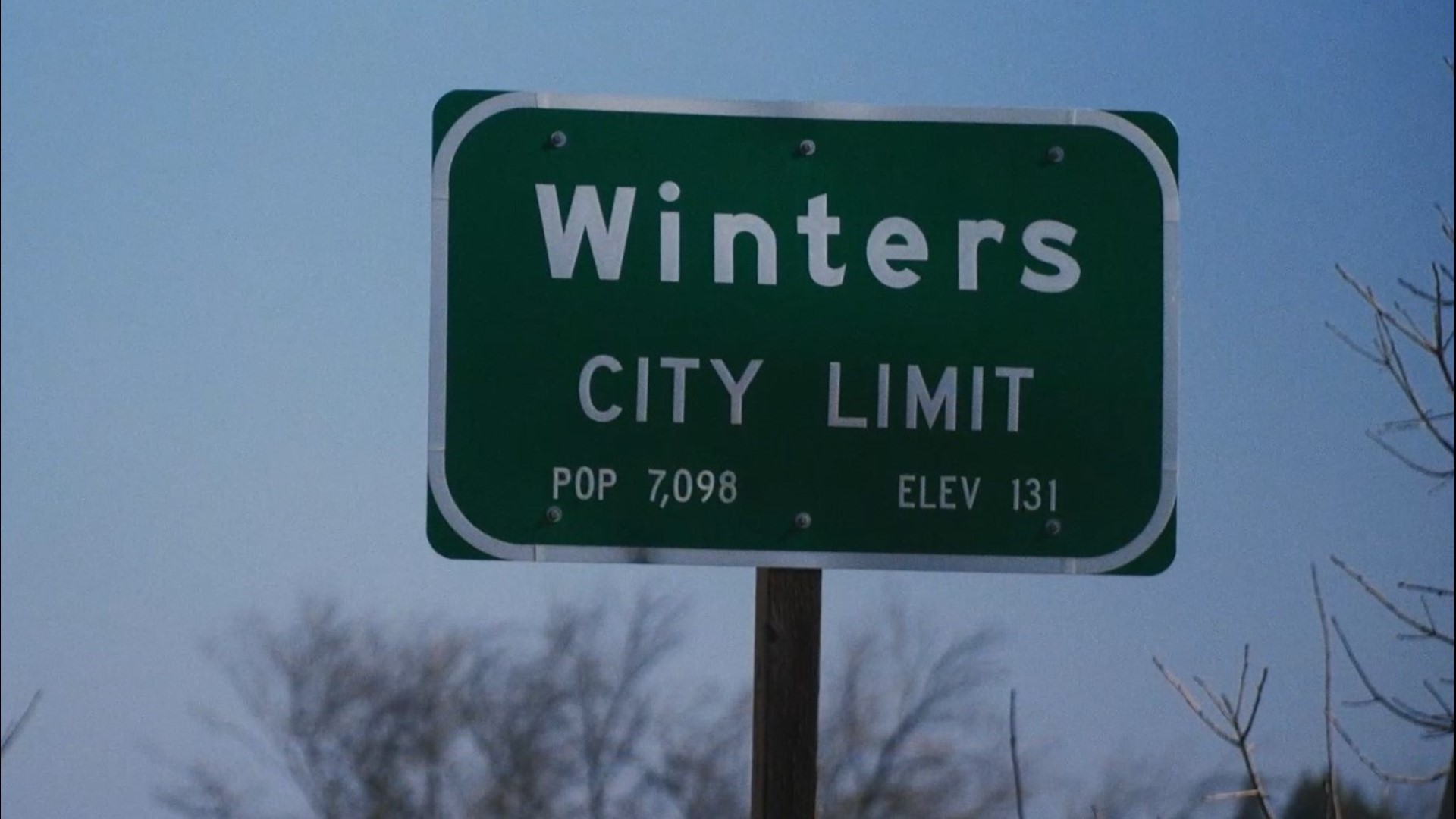 WINTERS, Calif. — Winters is a small town that wishes to remain a small town. On this matter, it will not be moved.

However, that doesn't mean that the town is closed off completely to expansion. Winters has been blooming — like the almond trees that engulf the area in blossoms each spring — little by little.

"The downtown has gotten busier," Chris Turkovich, owner of Turkovich Family Wines and co-creator of Visit128.com, a travel website dedicated to encouraging road tripping on Highway 128, said. "You know, the town has grown. We've got some new houses and new projects in town, but mostly the downtown just got busier."

The new Hotel Winters is the most tangible example of growth in downtown, but Turkovich says that in terms of large-scale construction, there hasn't been much else happening.

Rather, Winters has lately been more…active.

"It just become more vibrant," Turkovich said. "There's been more businesses, more people, especially on the weekends. The food and beverage, wine and the restaurant scene—it's really taken off in Winters, you know, in the last five years. Especially in the last two to three years, it's been noticeable."

Some of the advancement can be attributed to the Winters Chamber of Commerce, which has always encouraged business development in the area, but the rise in Winters' restaurant scene likely comes from the city being named number four in the nation for "Best Small Town Food Scene" in 2018.

RELATED: How Sacramento became the 'Farm-to-Fork-Capital'

There is also much to be said about the values that have cropped up organically in the city. Winters is adamant to keep the small town feel alive. Quaint and family-owned are the two words that come to mind when doing business in Winters.

At Turkovich Family Wines, for example, each member of the family has extensive knowledge of viticulture. Even the youngest brother, Daniel Turkovich, is well-versed in wine production, though he took a different route in the family business by founding the Winters Cheese Co., making artisan cheese for the winery's taproom.

Yolo and Sacramento County have already made names for themselves in the world of fine cuisine. As foodies eye the farm-to-fork mecca with interest, Winters started to receive some well-deserved acclaim. The city has long reflected the culinary landscape of California with its ideal proximity to farm land and wine country.

Though the city is small, a diverse palate of restaurants offer up cheap and fine dining options.

For instance, the indomitable Buckhorn Steakhouse has grown from a bar and attached restaurant in the 1970s to a classic steak, seafood and cocktail chain restaurant in Northern California.

Like many Winters' establishments, Buckhorn Steakhouse prides itself on its history in the area. The original restaurant resides in the historic DeVilbiss Hotel, fabulously restored in the 1980s by owners, John and Melanie Pickerel. John himself was part of the meat business for almost his entire life, working at Cattlemens in Dixon for several years before opening Buckhorn.

The couple also own Putah Creek Cafe, a casual dining option that is perfect for the brunch crowd.

From food, wine, entertainment at The Palms Playhouse or Winters Theatre Company, and proximity to hiking trails and swimming at Lake Berryessa — it makes sense that a new wave of travelers would be interested in the cozy city.

RELATED: How the 'Glory Hole' on Lake Berryessa works

Yet, according to Turkovich, Winters has always been kind of a "day-trip" destination for people. Though the local community is invested in its small businesses, with a population just above 7,000, Turkovich says it's difficult for businesses to survive on Winters' population alone.

"Winters is a pretty quiet place to do business. A lot of businesses were struggling 10 years ago, and now it's looking a little bit better as far as sustainable traffic coming in. It is mostly local traffic," Turkovich said. "Mostly people from the local area: Vacaville, Woodland, Davis, Sacramento people."

A lot of Winters' businesses reside within the same four or five block radius. This may make the list of "tourist" attractions somewhat limited, but it also creates a close-knit atmosphere and allows for attention to detail.

This is by design.

Though Hotel Winters is one of the largest projects undertaken in recent years, there are some obvious elements that favor a bucolic atmosphere. The building almost appears to be several different storefronts, all packed neatly and squarely on to each other, obscuring its true size and depth.

Where the main facade is painted a striking white with black and gold accents, either side of the entrance is painted brown with vertical accents, giving the illusion that the three-story building is taller than it actually is. The windows are all different. The materials used are diverse. A small clock tower juts out of the top of one neat square, breaking the straight line of the roof.

The design helps the new building fit naturally in downtown Winters, where antique elements are common. It seems neither old, nor new, but like a perfect puzzle piece in the city's collection of nostalgic architecture.

With Hotel Winters now offering options for overnight stays, there's more reason to expand. Instead of day-trips, those visitors from local areas may crave making Winters a weekend getaway spot. Visitors coming from further out can stay the night.

"The downtown Winters in general, the whole kind of area is really inviting, and it makes a great day trip for people...now, [with] the hotel opening up, it'll be an option for people who are a little bit further away as well," Turkovich said.

Hotel Winters also opens up more opportunity for Turkovich's other venture, Visit128. Turkovich explains why Highway 128 is kind of a hidden gem in Northern California, as the winding road provides the quintessential wine-tasting road trip

"Hwy. 128 starts in Winters and ends when it comes out on to the Pacific Ocean and Mendocino County," Turkovich said. "So it's a great trip, kind of an undiscovered wine trip in California. It takes you through Yolo County, Napa, Sonoma and then Mendocino."

Turkovich and Tracy Rios, Turkovich Family Wines Tasting Room manager, began the project, hoping to spread interest in tourism at the gateway to what Turkovich dubs "wine traffic." Now, it's something that Visit California is looking to add as one of its road trips. To add to the recent interest, Hwy. 128 was recently designated as a scenic highway.

So yes, Winters is definitively a small town. But whether you're there for the day or for a longer stay, this small town opens to a much bigger world.