A state audit highlighted a questionable decision that EDD made early in the pandemic to suspended some certifications. Now people might have to pay EDD back. 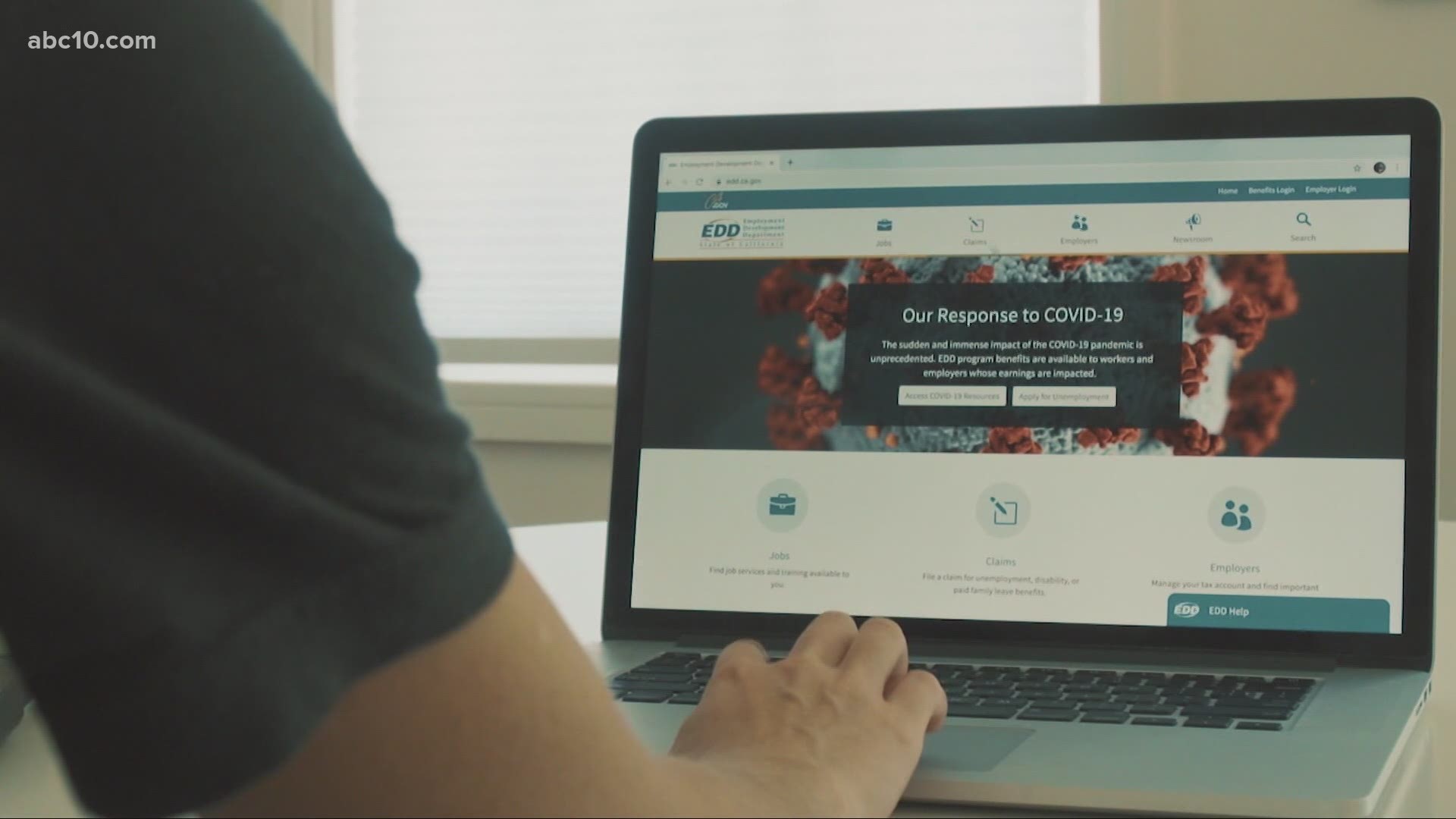 SACRAMENTO, Calif — An audit of the Employment Development Department (EDD) is highlighting a decision that department leaders made early in the coronavirus pandemic, which could now mean 1.7 million people will need to pay money back.

As Dollars and Sense first reported in November, the decision dates back to early in the pandemic, when EDD faced a huge backlog and told people not to submit their certifications. But it turns out EDD may have overpaid on hundreds of thousands of claims, and now it wants people whose only mistake was following EDD’s instructions, to pay them back for the department’s error.

“It's not fair for the Californians that were following the directions of EDD,” Assemblymember Rudy Salas said. “They went through the entire process. They did everything that EDD said. Then EDD is coming back at them and saying now they owe them money. This is something that needs to be corrected.”

Salas requested the audit and is promising to get more answers from EDD next week when they are called before lawmakers.

According to the audit, the decision was made by the agency secretary in late April to suspend certification for eight weeks, from mid-March through early May 2020. The audit states, "The agency secretary stated that she was issuing the directive in light of a persistent inability of many claimants to access EDD’s website to submit certifications because of a historically high volume of claims and the pressure they had placed on the website."

The audit states, a few days after the directive, EDD's director recommended abandoning the plan for auto certification, noting it, "did not reduce traffic on EDD’s website, created a larger manual workload for staff when some claimants chose to mail in certifications, and did not meet standards in federal law and regulations."

The agency secretary moved ahead with the decision anyway.

In May, the Department of Labor sent a reminder to all states that suspending certification did not meet federal law.

During the period of suspended certification, the audit found EDD paid more than $5.5 billion in benefits to 1.7 million people. It is not clear how much of it is an overpayment.

In order to meet federal requirements, EDD started reaching out to people over the summer, asking them to recertify for benefits by Nov. 21, 2020. According to the audit, as of Nov. 23, about 67% of the claimants had provided retroactive certification information.

EDD has not yet processed these retroactive weeks, telling the auditor it would begin the process after it works through its initial backlog of claims.

As EDD processes the claims, the Audit suggests EDD may issue repayment notices that total more than $160 million.

Some people may be eligible for an overpayment waiver. To be considered for the waiver, you will need to fill out a Personal Financial Statement. The EDD will include the form when they mail you a Notice of Overpayment. The EDD said it determines waiver eligibility based on “whether the recovery of an overpayment would cause extraordinary hardship by evaluating your average monthly family income for the last six months.”

"And the only way that people are going to be able to get any kind of fairness or justice here is that they're going to have to go to the EDD and plead with them a hardship case,"  Assemblymember Jim Patterson said. "While it was the EDD who put them in that hardship place."

For everyone else, they will have up to 48 months to repay benefits. But the auditor points out for some claimants who did nothing but follow EDD's instructions, "these overpayment notices could represent a serious financial strain."