Retail stores are allowed to open at 50 percent capacity with cleaning and social distancing. 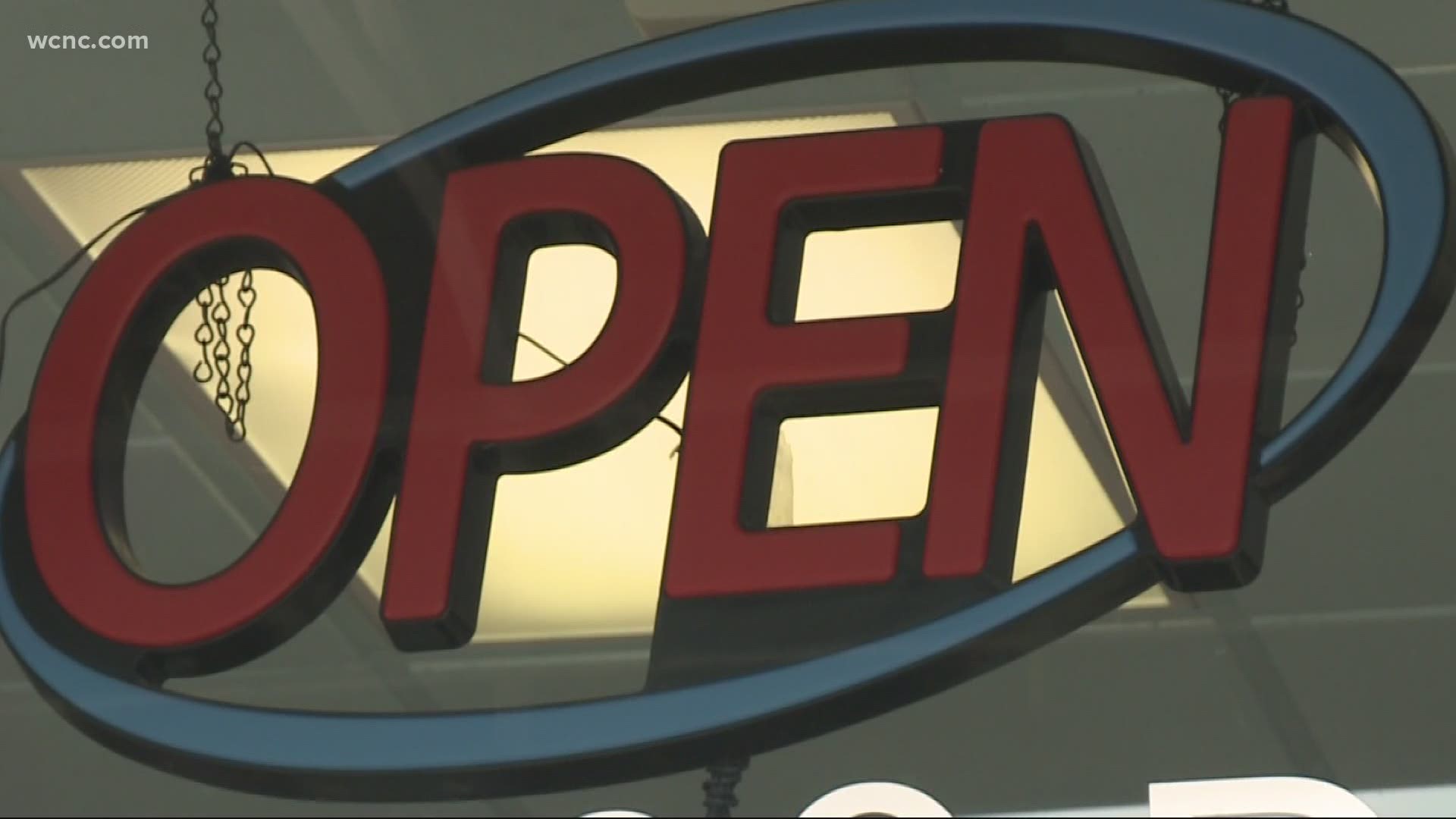 CHARLOTTE, N.C. — North Carolina entered phase one of the plan to reopen the state for business at 5 p.m. Friday.

Retail stores are allowed to open at 50 percent capacity with cleaning and social distancing.

Restaurants are still only allowed to be open for take-out or delivery. Hair salons, gyms, movie theaters, entertainment venues, and houses of worship won’t open with limited capacity until phase two on May 22.

"We're going to have a cocktail party,” Julian said, whose other business is selling his own Bloody Mary mix. “It's going to be great."

Julian said he’s spent the last month and a half cleaning and organizing his store and preparing it for customers in the new normal.

Whitley Adkins Hamlin, the stylist at The Queen City Style and style editor of SouthPark Magazine, led the charge to form the Fashion Forward group in the middle of the pandemic. It’s a coalition to support and preserve the retail fashion industry in Charlotte.

Local stores banded together throughout the crisis to help one another and also give back to the community. For instance, several stores donated a portion of sales to charities or gave gift cards to healthcare workers.

RELATED: What you need to know about Phase 1 of reopening North Carolina

RELATED: Ahead of Phase 1 of reopening NC, some businesses prepare to reopen

Adkins Hamlin said the retail stores had to adapt and find new ways to do business. Now, they’re ready to have customers in their stores again with added precautions.

“I think there's probably a little bit of apprehension about how it's going to all play out, but I think the overwhelming feeling is excitement,” Adkins Hamlin said.

Uptown Cheapskate, with several locations in the Charlotte area, also opened its doors as soon as the state moved into phase one at 5 p.m. Friday.

"We were thinking about opening on Saturday,” said Jim Frasso, owner of Uptown Cheapskate, “but we said, hey, since 5 o'clock is the time that the Governor has said businesses like ours could open, we said let's go for it.” 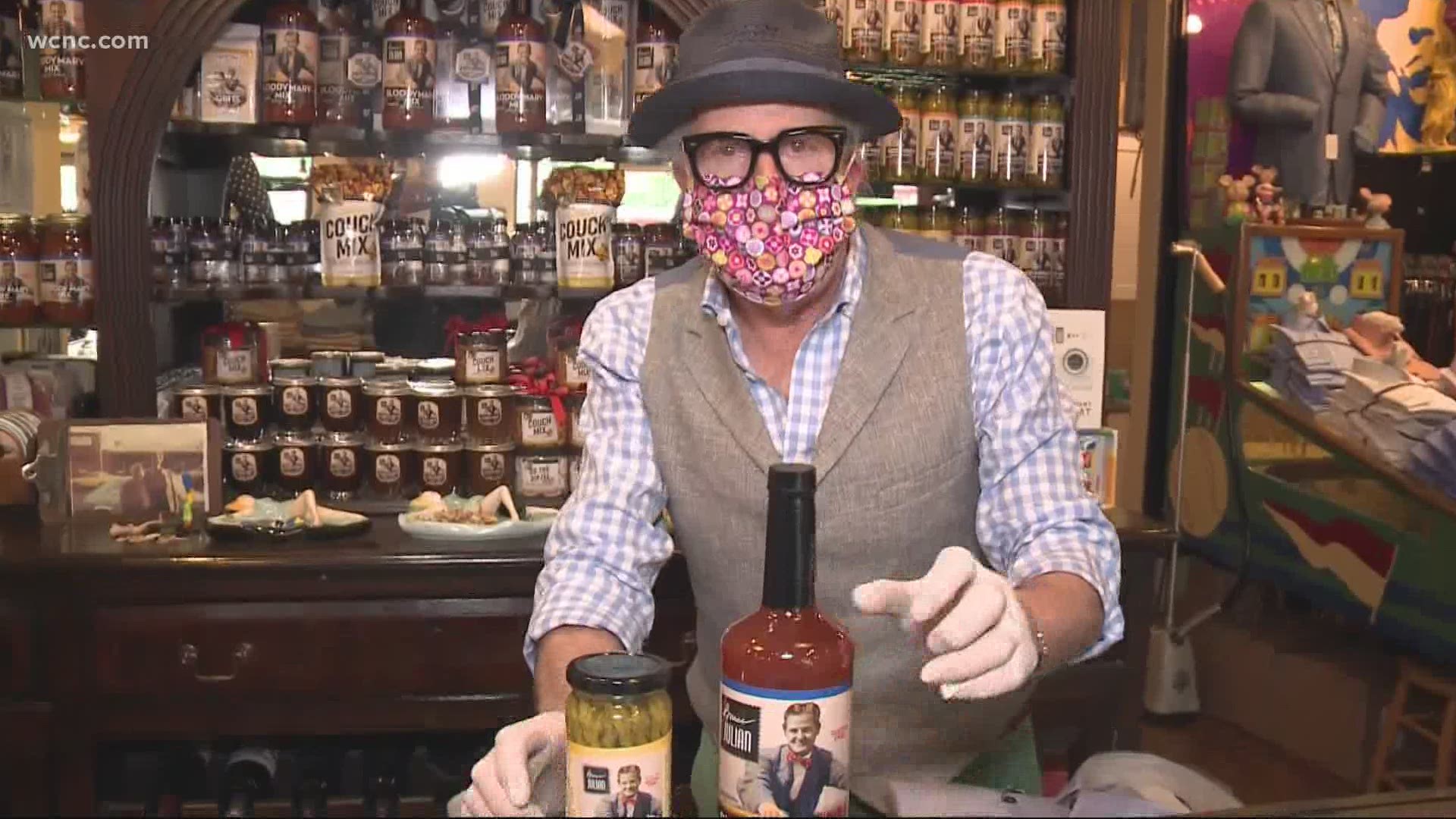 The store is even offering 20 percent off merchandise between 5 and 10 p.m. Friday night to welcome customers back.

The racks at the store are full of clothing, shoes, and purses, but there are some additions that customers may notice.

"We have the plexiglass up,” Frasso said. “We've got the social distancing stuff on the floors."

Signs are placed throughout the store, reminding people to wear a mask, wait six feet apart, and wash their hands.

"We're in a retail reset. Everything's changed,” Frasso said. “We're looking forward to it. Maybe it was time for a change, and we're going to start doing business just a little bit differently."

Frasso said he is looking forward to bringing almost all of his employees back to work on Saturday, hoping the business has made it through the worst of this pandemic.

"For the past six or seven weeks we've, we've been on edge, we really have,” Frasso said. “But we're here, we're back, we survived, and we're looking forward to serving our customers again."

RELATED: As some Charlotte-area malls prepare to reopen this week, many small business owners still waiting for the green light

RELATED: Church leaders discuss when and how to safely reopen

RELATED: State-by-state look at how America is reopening from the coronavirus