Burger Patch owners Danea and Phil Horn launched an initiative to bring awareness to gender inequality among back-of-house and management staff in restaurants. 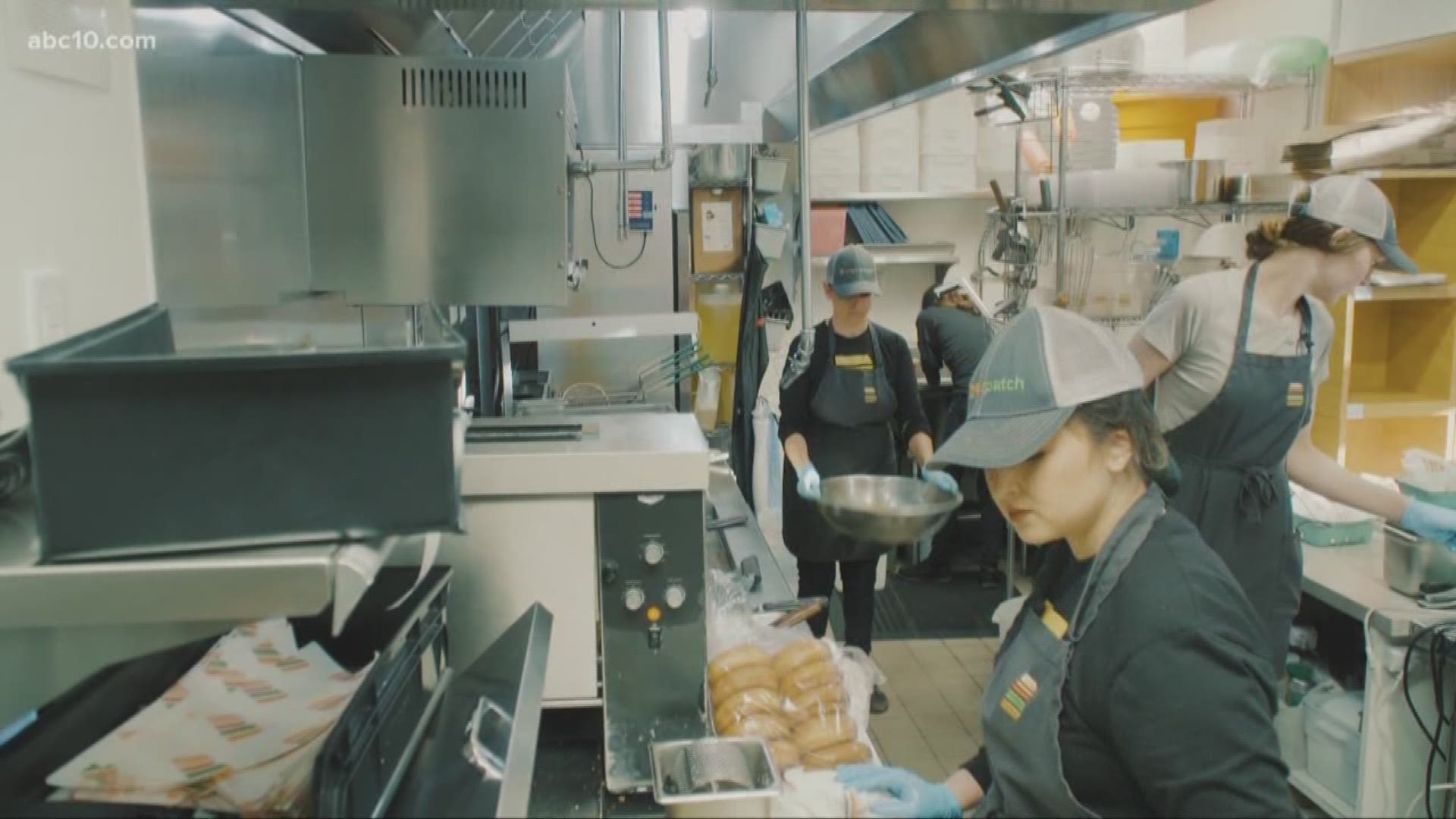 SACRAMENTO, Calif. — When Burger Patch owners Danea and Phil Horn opened their restaurant in April 2019, they noticed a disparity in gender, especially among back-of-house workers and managers. They decided to deal with it head on. "Gril Power" is the initiative the couple launched in November in order to bring awareness to gender inequality in the kitchens of Sacramento.

“When my husband and I thought about what we wanted Burger Patch to be, we wanted it to be a values driven business,” Danea explained. “One value that we hold dear is equality.”

The “Gril Power” initiative aims to get restaurants to pledge to make at least 50% of their management and skilled back-of-house employees female or gender-neutral by the end of 2020. So far, Solomon’s Delicatessen and Pushkin’s Bakery have made the pledge. Meanwhile, Burger Patch is leading by example with an all-female management team and 65 percent female staff.

"It’s empowering. We’re learning across every industry, there’s no men’s job, no women’s job,” Danea said. “There’s a job and if you have a drive desire to do it, you should be given the opportunity to do it.”

While 19% of chefs in the United States are women, according to a study done in 2012 by The Restaurant Opportunities Centers United, only five women-run restaurants were on the 2018 World’s Best List. Danea said she is hoping to change those statistics with "Gril Power" and by offering training to her own staff and educating other restaurant owners who want to get involved.

Ultimately, Danea is looking to bring awareness to the uneven numbers in kitchens.

“We just want to start the conversation. Start it with your staff, have the conversation with us about how can we give women equal opportunities,” Danea explained. “And part of the way to do that is to give women opportunity to learn the skills so they can move up into higher paying roles.”

Worried about your data? The California Consumer Privacy Act gives you new tools

WATCH ALSO: Rapper MBNel's music is putting Stockton on the map in the hip-hop world

Coming from a life of gang involvement, Stockton rapper MBNel is putting all that behind him to focus on a promising music career. The 49ers recently used one of his songs for an online hype video, he's got millions of listens online, and with the release of his new album "Born to Win," he hopes to be a positive influence on his hometown.