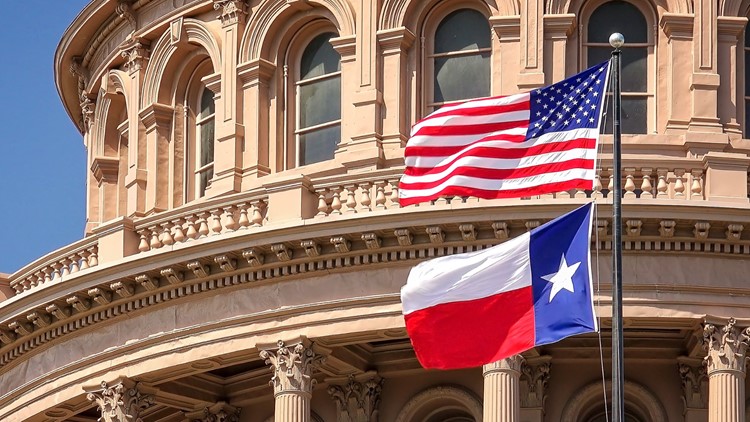 Photo by: Getty Images/iStockphoto
American and Texas state flags flying on the dome of the Texas State Capitol building in Austin

Study: 660 companies moving facilities out of California with many bound for DFW

Some 660 companies moved 765 facilities out of California in the past two years, and Dallas-Fort Worth has been the beneficiary of many of the relocations, according to a new report.

“Obviously a lot of them are going to Texas,” Vranich said in an interview with the Dallas Business Journal. “It just makes sense.”

California companies large, midsize and small are shifting their regional or corporate headquarters to North Texas because of the DFW area’s generally lower taxes, more affordable housing, lower expenses, central location, access to an international airport and other factors.

RELATED: Beyond the Uber ride: Silicon Valley stepping up presence in Dallas area

Vranich, who recently moved his own company from Irvine, Calif., to the Pittsburgh suburb of Cranberry Township, placed much of the blame for the departures and lost expansion opportunities in California on onerous requirements put on businesses by state lawmakers.

One example he cited is a state law passed in September that requires companies to hire workers as employees, not independent contractors, with some exceptions. The law is intended to give basic labor rights and benefits to hundreds of thousands of California workers now classified as independent contractors, but companies including ride-hailing services Uber and Lyft have argued that it’s not feasible.

“I don’t know how companies can continue to deal with this brutal assault that is on them,” Vranich said in the interview with the Business Journal.

Regulation and bureaucracy at the local level as well as the state tends to be less burdensome in Texas, Vranich added.

“Most of the municipalities in Texas are easier to get along with, and that’s a benefit in addition to things like no income tax and an easier regulatory environment." he said.

For an expanded version of this story, click here.