With the highest gas prices and taxes in the country, some Republican lawmakers say California should use its $76 billion budget surplus to save drivers at the pump. 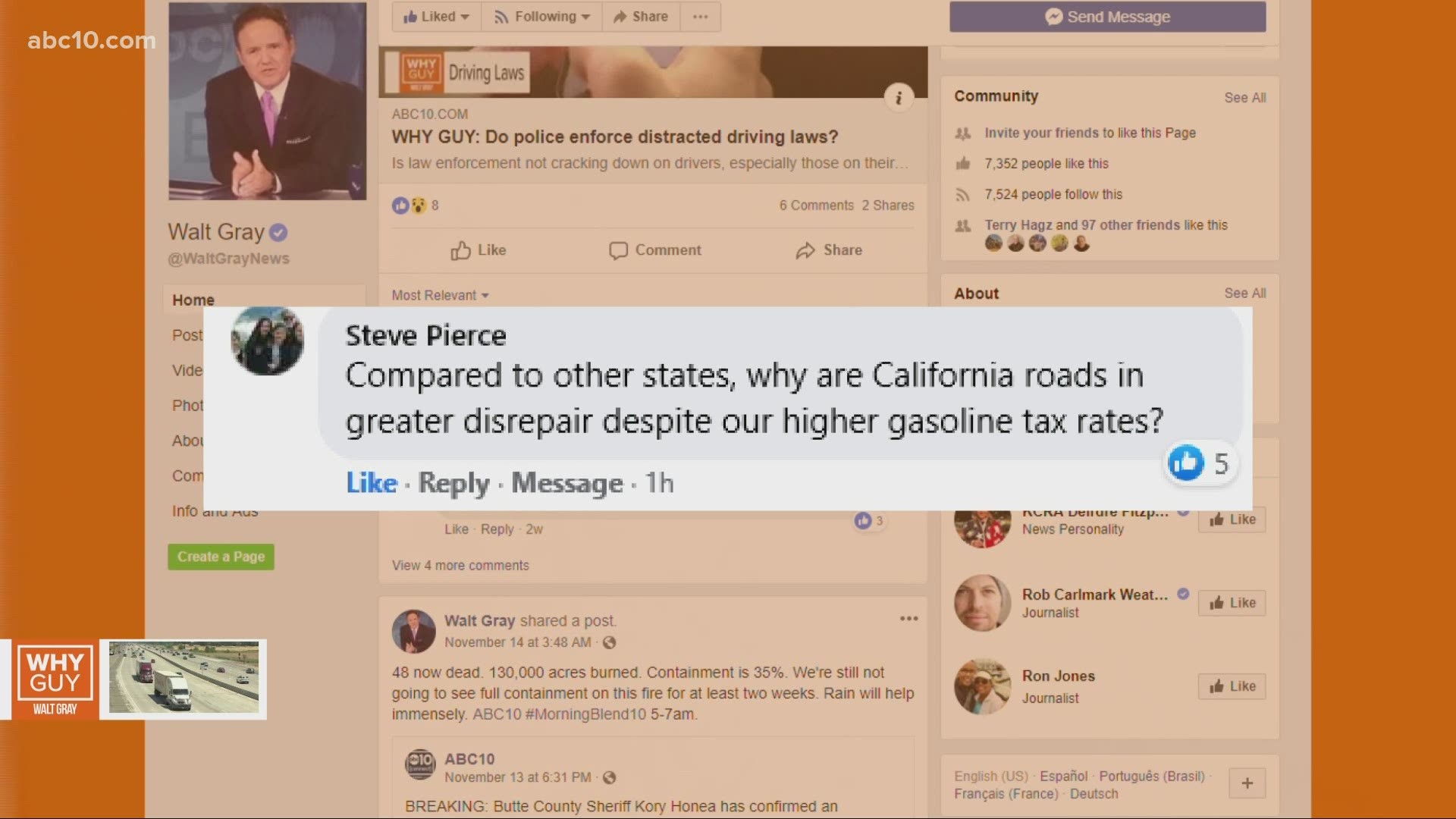 SACRAMENTO, Calif. — With another scheduled rise in the California gas tax coming on July 1, Republican members of the state Senate are pushing for a ‘Gas Tax Holiday’ to save drivers some money.

In a letter sent to Gov. Gavin Newsom and legislative leaders, Republican lawmakers have asked for the state to suspend gas tax collection for the 2021-2022 fiscal year and use money from the state’s general fund to cover the tax loss.

“On July 1, California’s excise tax on a gallon of gasoline will rise to 51.1 cents. At a time when the state budget is enjoying historic surpluses, Californians deserve a tax break, not higher taxes,” the letter states.

The latest increase in the gas tax is expected to bring the state an additional $83 million next year, according to the Republican lawmakers.

The increase in the gas tax is tied to SB1, which lawmakers passed in 2017 to help pay for road repairs. Since its passage, the California gas tax has increased by about 21 cents. An effort to repeal the tax failed in 2018.

According to the Senate Republicans, the gas tax costs the average family of four as much as $800 per year.

“While this legislature is currently deliberating whether to expand the Golden State Stimulus payments to more Californians, it is important to understand that any action intended to provide financial relief to Californians is undermined by the accompanying rise in gasoline excise taxes,” the letter states.

Any gas tax holiday or reduction would need the support of Democratic lawmakers who control both the state Senate and Assembly. Democratic leadership did not include any such tax breaks in their current budget proposal that they sent to Gov. Newsom.

Gas taxes alone aren’t to blame for California’s high prices at the pump. Patrick DeHaan, head of petroleum analysis at Gas Buddy, told ABC10 the higher prices can also be attributed to a cleaner summer-blend fuel and increased demand.

Why are California gas prices so high? | Why Guy