California man, homeless after months of waiting on his unemployment benefits, is finally paid

A Fresno man reached out to the Dollars and Sense team after having trouble getting his unemployment benefits and we were able to help him. 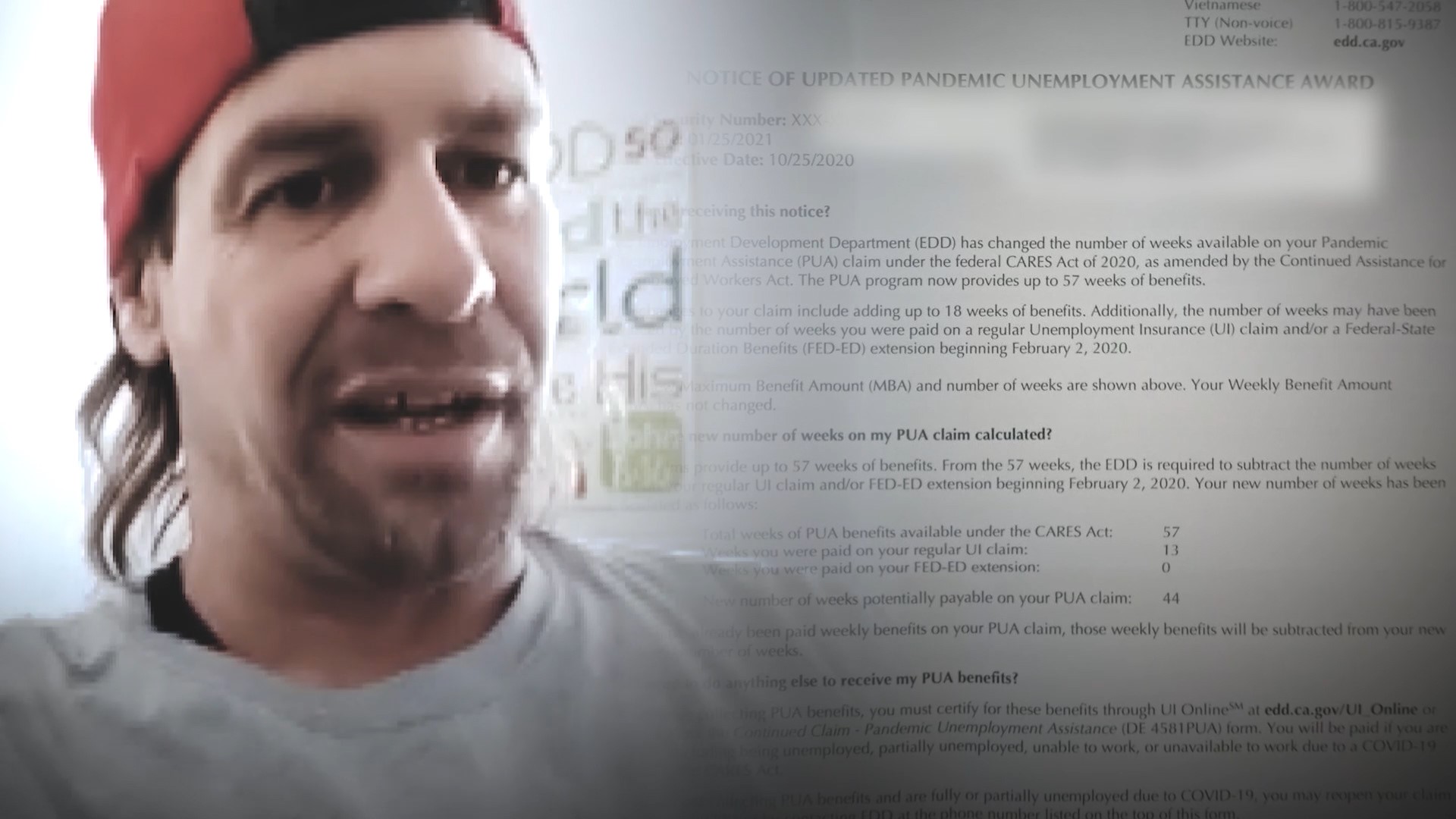 FRESNO, Calif. — Chris Cunha of Fresno reached out to ABC10's Dollars and Sense team after waiting months to get his unemployment benefits. He finally got paid after we connected him with his local representative.

"I got the whole entire thing," Cunha said. "Three months plus I certified the other day and I got paid for that too. A few grand."

Cunha reached out to us since he was unable to get ahold of California's Employment Development Department (EDD) after they suspended his unemployment benefits at the end of October.

He lost his apartment and was homeless.

"Every morning I look at my Bank of America card app and it still says 29-cents in there,"  Cunha said. "It's been saying that since October 24th."

Cunha reached out to us in the beginning of January. After hearing his story we connected him with his local representative, Assemblyman Jim Patterson, R-Fresno.

"We have the same kind of opportunities that every member of the California legislature gets with an election, which is a direct link with those at EDD who can make those decisions," Patterson said. "So, when we go to work with our constituents we go directly to EDD."

Patterson says since the pandemic started, his office has helped about 2,500 people with their unemployment benefits. All seven of his staffers are working on 100 cases each. He says his office is strained, but they don't say no to people who need the help.

"This is a really backward approach because it gives people like me a special entrée to EDD that Californians don't have and it's absolutely backward," Patterson said. "The red carpet should be rolling out to Californians at the EDD. We shouldn't be the ones using our secret back code to get to people who can fix things for our constituents."

For several weeks, we kept in touch with Cunha to see if there were any changes to his case. About two weeks ago, he let us know he got two letters a day apart. One said he was approved. The other said he was denied.

"I got 44 weeks at $167 a week. Just goes into detail that they paid me and all of that, then that's the first one I opened up," Cunha said. "The second one says I don't qualify."

After some back and forth with Patterson's office and EDD, someone from EDD reached out to him and he got paid that night.

"I got everything done so far," Cunha said. "Finally got my wife to the doctors. Finally got my phone bill paid. I got money put away."

Cunha is currently looking for a place to stay and will be starting a new job.

"I appreciate you guys helping me out. Like I said, if I didn't get the ball rolling I would've just gave up," Cunha said.

If you need help with your unemployment benefits and are unable to get a hold of EDD, your local representative may be able to help. Find your representative at findyourrep.legislature.ca.gov.