The manufacturing of new cars has slowed, driving up prices for used cars. 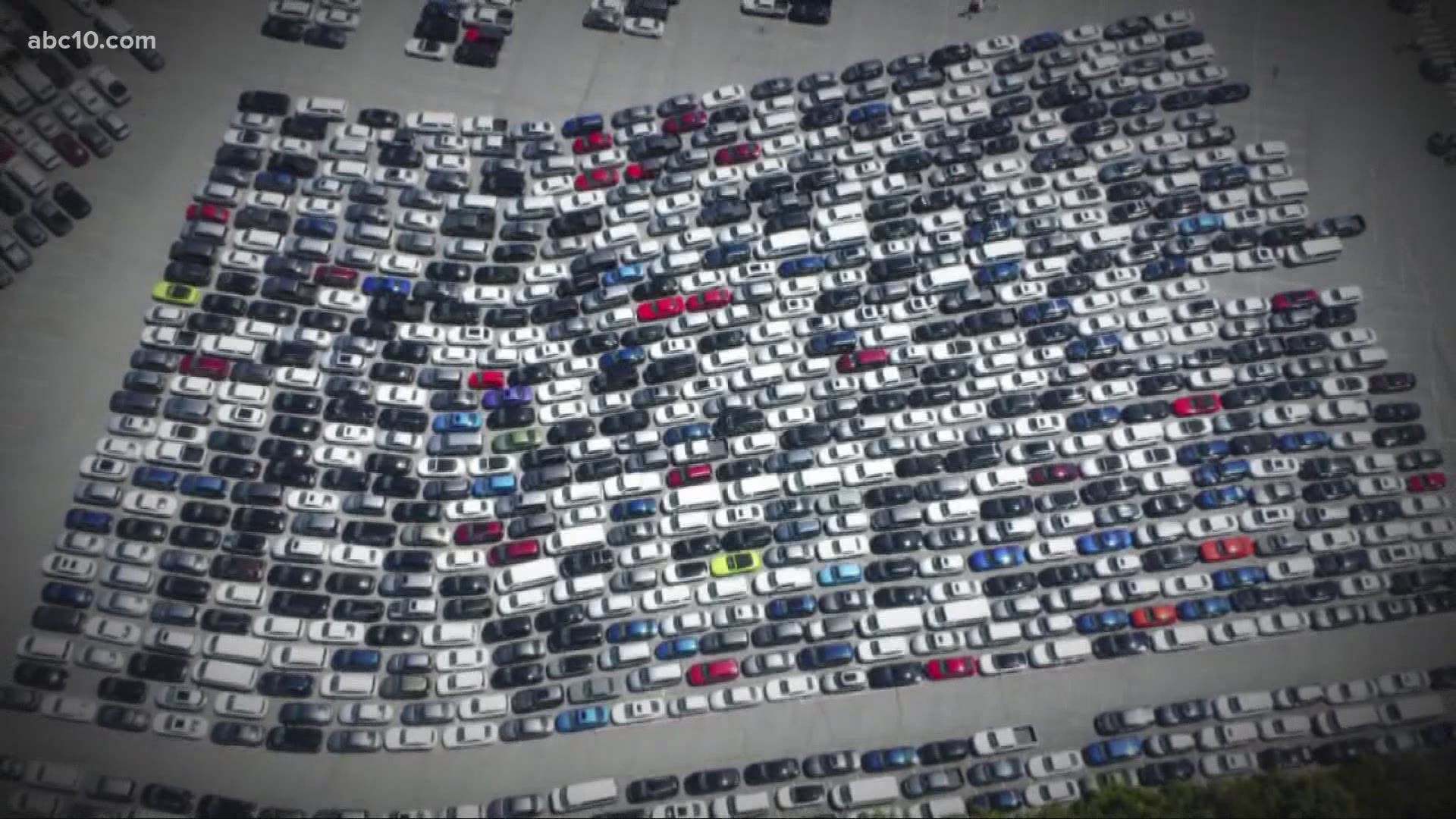 CALIFORNIA, USA — A computer chip shortage due to the coronavirus pandemic has caused issues in many industries, one of the most visible being car manufacturing.

You may be surprised to learn that new cars use computer chips. A car can be made up of hundreds or even thousands of computer chips. Because of the chip shortage, many dealerships say their new car stock has gone down dramatically over the last few months.

In fact, some manufacturers have been hit harder than others.

What California, and the rest of the US, is facing now is plenty of demand for new cars, but the supply is just not there right now.

As a result, the price of used cars has been driven up significantly.

This is good news for those who are trading in vehicles: the trade in value is much higher now. However, it is bad news for people in the market for either a new or used car.

“Our used car market has been outrageous. It’s been crazy," said Jonathan Vierra, salesman at Future Nissan in Roseville.

Vierra said that Future Nissan is seeing the same trends as the rest of the country when it comes to buying and selling autos.

"The market has been going up for people wanting to sell their cars," Vierra said.

However, this has meant a rather lopsided market.

"People coming in asking why used cars are more than new cars," Vierra said. "The reason being is the market is down on the new cars so much, they’re able to raise the prices on the used cars.”

While industry leaders do not know exactly how long this chip shortage will continue, dealerships say they're prepared for anything over the next several months.

WATCH MORE: Robocalls in California traced back to inmates in Florida