Bobbie Delaney knew it was too good to be true when she was messaged on Instagram about winning $600,000. 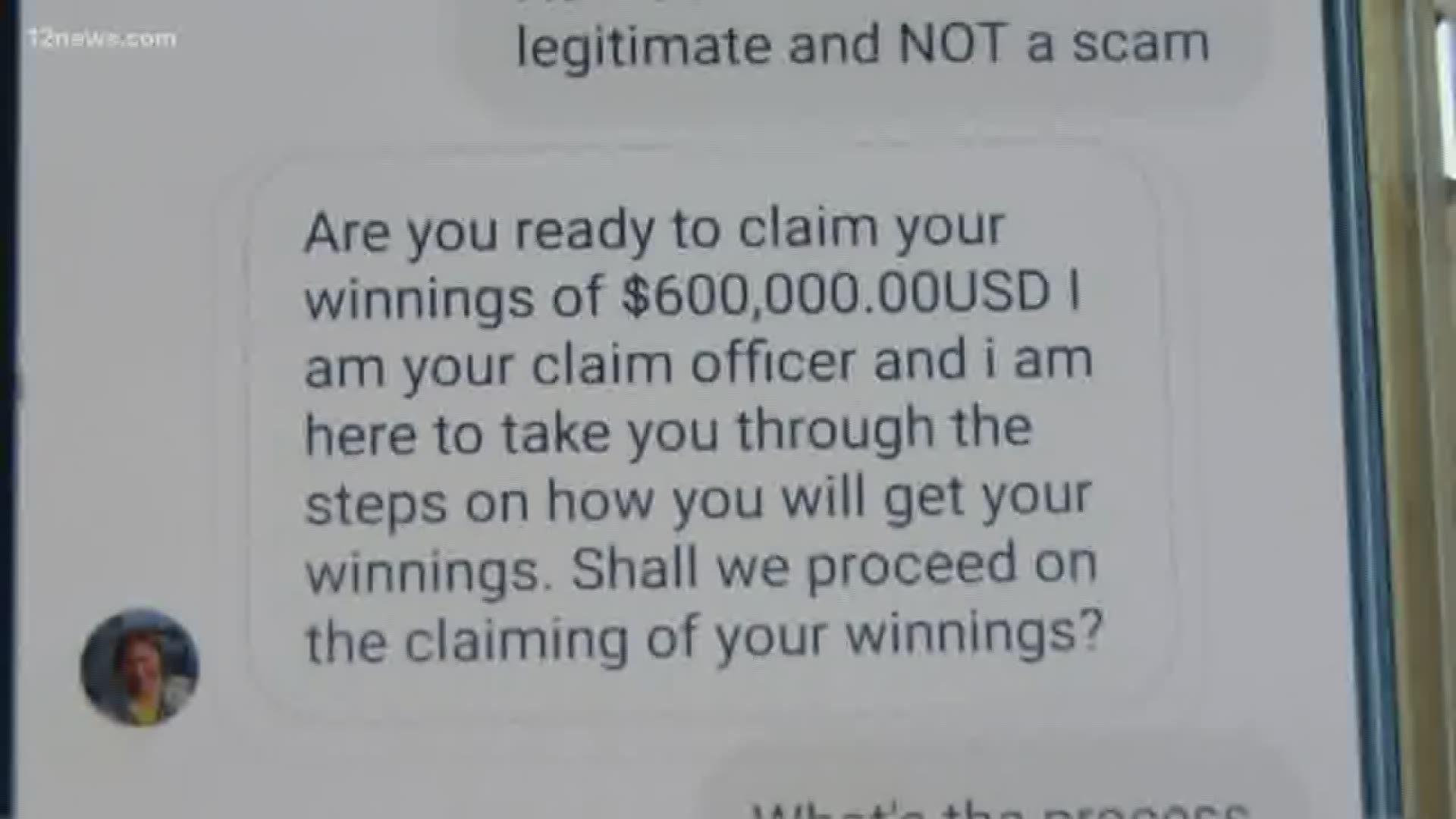 PHOENIX — Bobbie Delaney knew it was too good to be true.

"I have a better chance of being run over by a bus in my bed in the middle of the night than winning something like that," laughed Delaney.

But she had just undergone surgery and had some time on her hands as she recovered at home, so she decided to play along.

"I wanted to see what their script was going to be," she said.

She kept communicated with the scammer for several days.

One day, she got a message from none other than "Mark Zuckerberg" himself.

"This Mark Zuckerberg version does not know how to compose a sentence," said Delaney. "It was just very entertaining."

The scammer eventually told her to get the prize money, she'd have to pay a $200 administration fee in Google Play cards. Later, the scammers said she would have to pay another

Delaney didn't fall for it, and she wants to make sure others don't either.

A spokesperson for Facebook, which owns Instagram, said they have disabled the account for violating policies and took steps to stop the person from creating future accounts.

They sent the following statement.

“The account in question violated our policies and has been removed from Instagram. If a member of our community sees something they think is a scam, they should avoid responding and report the scam to us so we can take action.”

RELATED: Sweetheart Swindler: How a Gilbert mother allegedly scammed an elderly man out of hundreds of thousands of dollars