California's Employment Development Department (EDD) says it is wrapping up the first phase of $300 LWA payments, with phase two underway. 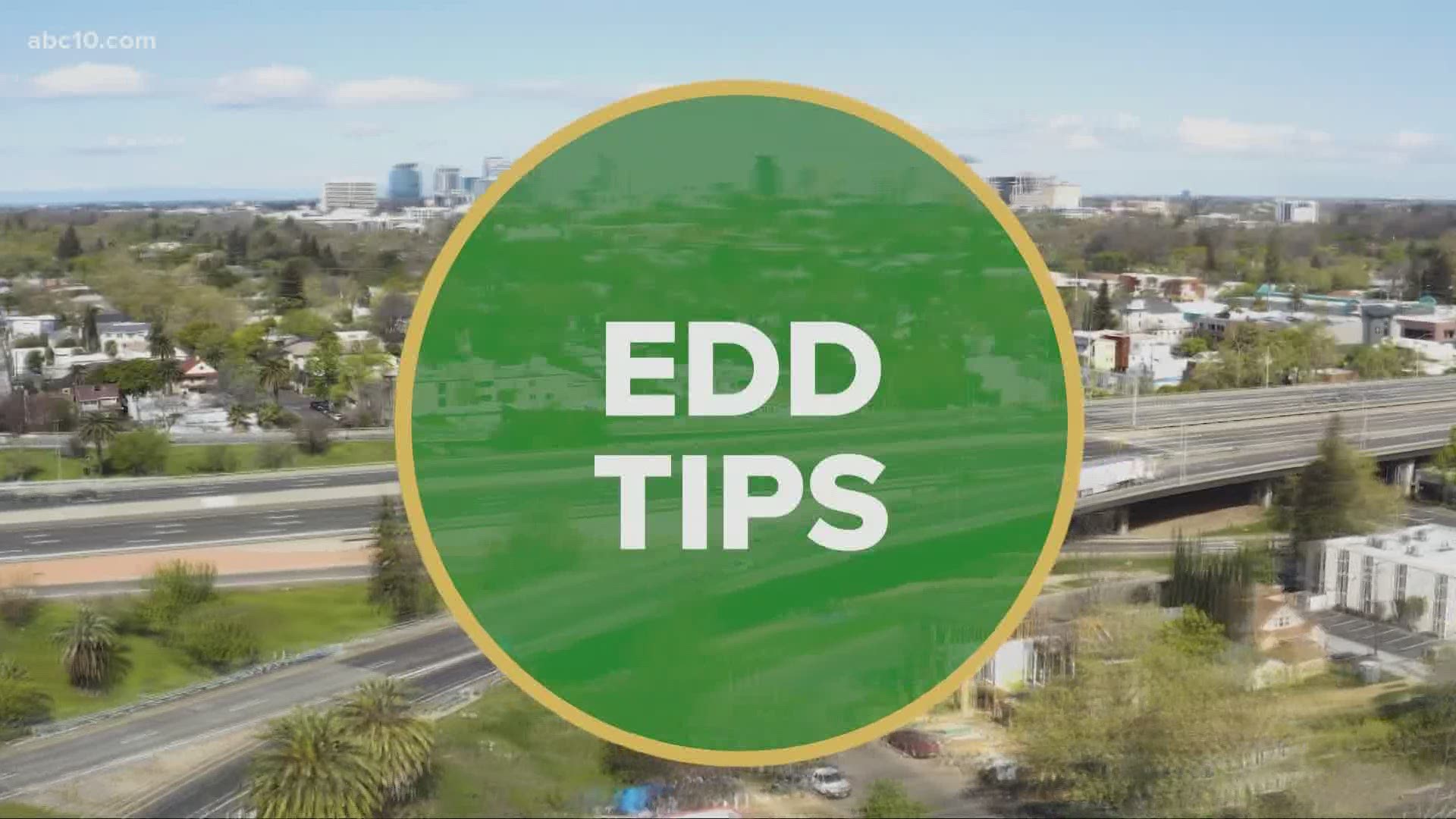 SACRAMENTO, Calif — Millions of unemployed people in California have already received a $300 per week boost to their unemployment benefits, and more payments are on the way.

The LWA payments mean qualified people can get an additional $300 per week in addition to their regular unemployment benefits.

EDD began issuing LWA payments to people in the first phase on September 7. It said it should have payments out to all people in this phase by early next week.

EDD is making payments to people in phase one based on how they certified for the weeks falling between July 26 and August 15.

Phase one includes people who had already informed EDD that they are unemployed due to pandemic disruptions.

EDD started accepting self-attestations from people in phase two on September 15. This group includes people who need to verify that their unemployment is related to the coronavirus pandemic

For people in phase two, EDD shared this update:

The EDD has identified these individuals in our system and is posting messages in their UI Online accounts, as well as sending them emails, texts, and/or mailed notices about what information EDD needs from them to process their LWA payments.

Claimants need to simply follow the instructions they are provided to complete their self-attestation.

In addition to the self-attestation, in order to be eligible for the extra $300 a week LWA payments, claimants must also meet these requirements:

EDD says the payments will either be posted to an EDD Debit Card or arrive in mailed checks, but did not give a specific timeline for phase two payments.

The first two phases of LWA payments cover three weeks. California has been approved for two additional weeks and is seeking a sixth week as well.

EDD said plans for the additional weeks of LWA payments will be issued soon. Those payments would cover the weeks ending August 22 and 29, 2020

EDD had previously said it will start distributing the two additional weeks of payments once it finishes payments in phases one and two.

EDD is also waiting to hear from the federal government about approval for a sixth week of LWA payments. If approved, the final LWA payments would cover claims for the week ending September 5.

Why thousands of people don’t qualify for the LWA payments

The $100 benefit minimum means thousands of people in California, including some of the lowest income earners, along with some mixed-income workers (those who earn a combination of traditional and self-employment income), will not receive the additional $300 per week.

A recent analysis from California Policy Lab estimates 192,000 people receiving unemployment benefits in California will not qualify for the $300 boost. The $100 minimum eligibility requirement is part of President Trump’s executive order and California must distribute the funds according to FEMA rules.

The EDD calculates how much a person receives in unemployment insurance benefits based on the base period of their claim. According to an EDD table, a person would need to have earned at least $2,574.01 in a qualifying quarter to receive at least $100 in unemployment benefits from the state.

Many mixed-income workers are getting payments below $100 per week because of a rule that requires EDD to consider W-2 wages before 1099 earnings.

If you do not receive the benefit and believe you are entitled to it, you can file an unemployment insurance appeal with EDD. You can find more information about the appeal process here.

If you have more questions about unemployment in California, text 'EDD' to 916-321-3310 to reach our Dollars and Sense team.

WATCH MORE: If you're an independent contractor and got denied unemployment, there could be hope