California's Employment Development Department is sharing new details about when people on PUA and PEUC can expect to receive the American Rescue Plan benefits. 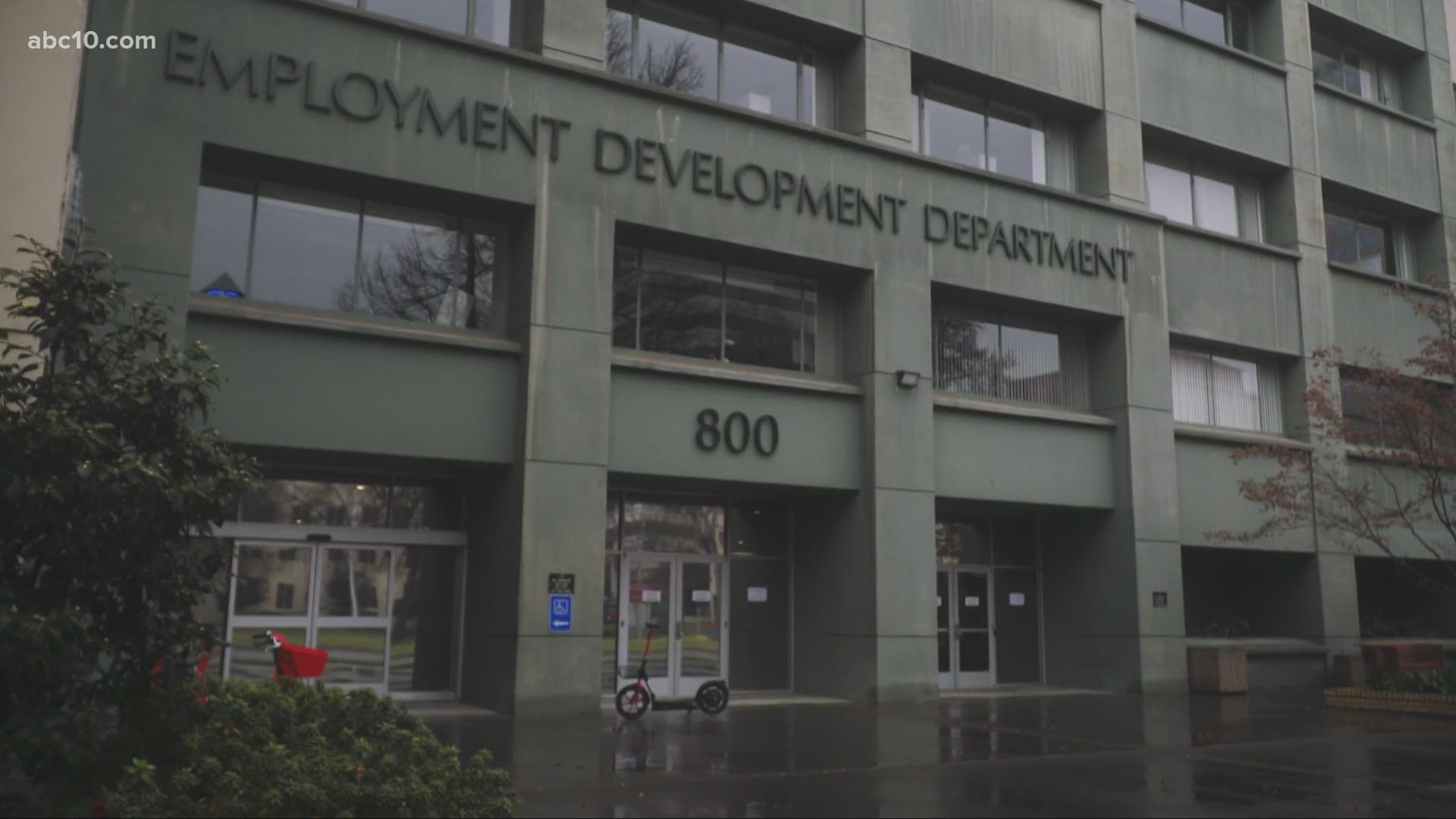 SACRAMENTO, Calif. — We now have a clearer picture about when people in California can expect to get the new federal unemployment extensions that were passed as part of the American Rescue Plan.

The Employment Development Department (EDD) shared new guidance about the rollout of extended benefits and the $300 per week unemployment boost. When you will get the extended benefits, and whether you will see a gap in payments, depends on which program you are on.

EDD now says everyone on Pandemic Unemployment Assistance (PUA) will be able to certify and receive payments, along with the $300 boost, by Sunday, March 28.

Initially, EDD said there would be a delay for about 60,000 people who had exhausted their benefits. In a call, EDD said they were able to do the programming related to the new federal extension more quickly,

Some people may have missed certification last week while waiting on EDD to finish the programming. You will be able to certify for any missed weeks and receive payment, including the $300 boost.

Any new PUA claims that are filed before April 10 will be paid at the minimum level of $167 per week, plus the $300 federal boost.

After April 10, claimants may be eligible to receive a higher weekly benefit amount based on their income information. Any difference will be applied retroactively.

A majority of people who get Pandemic Emergency Unemployment Compensation (PEUC) will have a gap in payments.

EDD said 47% of people on PEUC will be able to continue collecting their benefits, plus the extra $300, without any delays. For the other 53% of people, who have exhausted all PEUC extension benefits, EDD plans to phase them into the new extension between April 10 and April 30.

There are currently 1.4 million people in California who get PEUC benefits. Based on the EDD estimate, about 742,000 people will see a gap in their payments. Once this group is able to certify, they will receive payment for any missed weeks, including the extra $300.

People who receive regular state Unemployment Insurance (UI) or Federal-State Extended Duration (FED-ED) will not see any changes. People in this group should receive their weekly payments and the extra $300 without interruption.

The rollout of the new federal benefits extension is coming at a time many people on regular UI are hitting the end of their benefit year, or 12 months since they first filed their claim.

Those who are reaching the end of their 12-month unemployment benefits claim should expect to be contacted by the EDD either through their online account or by mail.

Once people reach the end of their benefit year they must reapply for another claim if they are still not employed. EDD will check if they are qualified for a new regular state UI claim or connect them to any federal benefits that they may qualify to receive.