With 1.4 million unemployment accounts suspended as part of fraud screening by EDD, Congressman Harder wants the department to explain why. 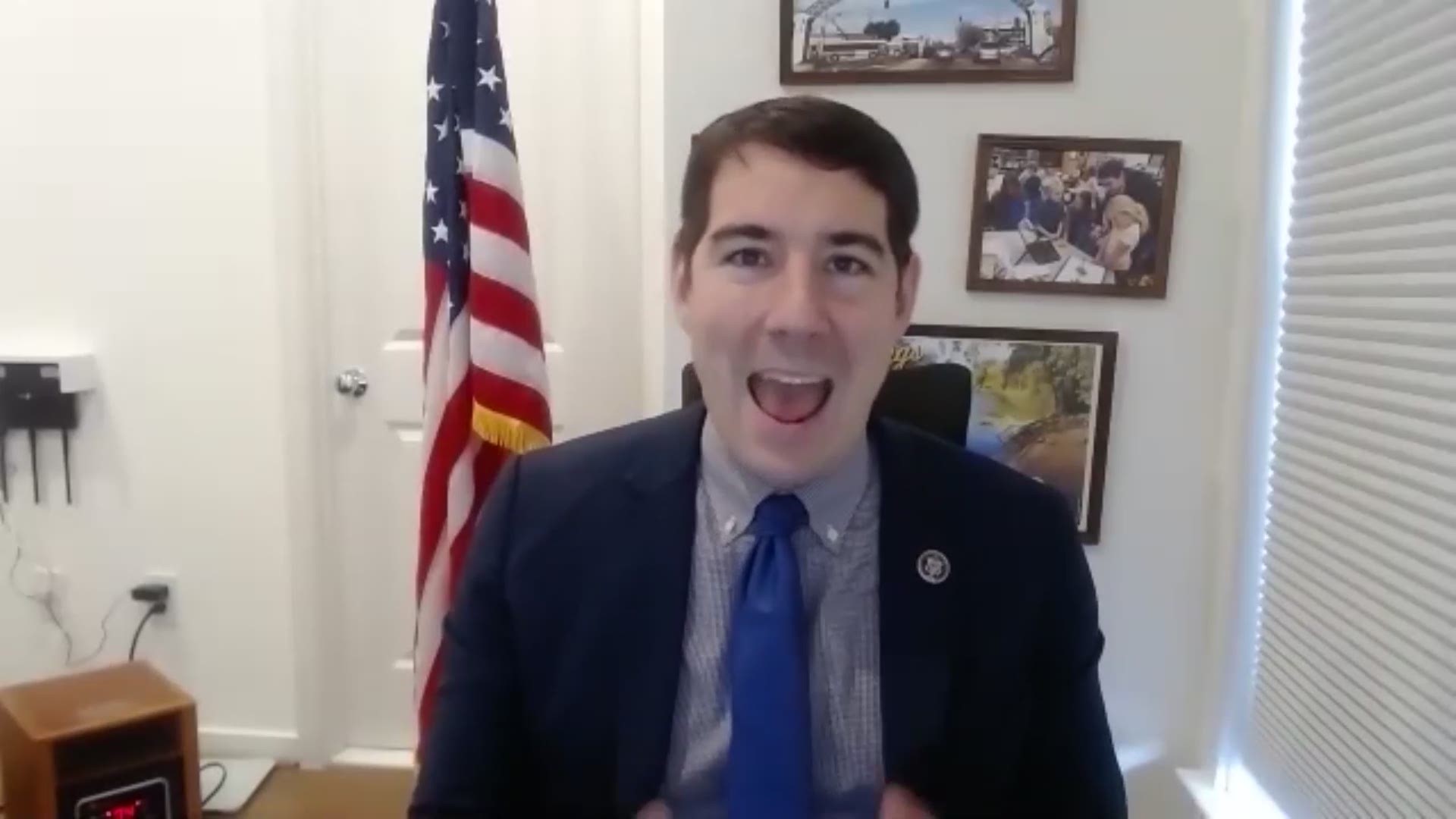 "EDD has become an absolute catastrophe," Rep. Josh Harder of Turlock said. " Every week that innocent people go without their unemployment check, they're making it more difficult for folks to buy groceries and pay rent, pay their mortgage. And the fact that this agency after a year still can't figure out the difference between fraud claims and legitimate needs is incredibly frustrating."

In an effort to get answers and hold EDD accountable, Rep. Harder sent a letter to EDD Director Rita Saenz urging “the timely resumption of payments.”

"My intent here is to light a fire under EDD to get this resolved as quickly as possible, and yes, crack down on fraud," Rep. Harder said. "The fact that you were unable to find that is incredibly embarrassing for the agency, and it should be, but don't let innocent people pay the price just because you can't do your job."

Since the EDD suspended the 1.4 million accounts on New Year's Eve, without warning, ABC10's Dollars and Sense team has heard from thousands of people caught up in the mass suspensions. The only communication many people have received from EDD is a letter stating their account had been temporarily suspended because of "suspected fraudulent behavior." That letter also promised more information on Wednesday, Jan. 6, but many people are still waiting to hear from EDD. They now say it will take until Thursday, Jan. 14, for them to notify everyone.

“It is abundantly clear that the EDD is failing at preventing fraud among claimants,” Rep. Harder wrote in his letter to EDD. "But I ask that actions are taken responsibly, with care not to beggar valid claimants.”

Among the issues the letter lays out are:

“It is essential that actions are taken to resume benefits and not further endanger or harm Californians,” Harder wrote.

According to a timeline that EDD shared with California Assemblywoman Lorena Gonzalez and she shared on Twitter, it may take up to 30 days after people provide identity verification for your benefits to finally clear. This means some people may be without benefits until February.

"They've had massive fraud across the agency in our area. Scott Peterson, the murderer, was given--or somebody under his name claimed an unemployment check. That's real fraud that needs to be cracked down on," Rep. Harder said.

"But what they've done by freezing millions of accounts is they're letting innocent people who lost their job be the collateral damage for EDD's own incompetence."

ABC10’s Dollars and Sense team has reached out to EDD and requested an interview with Director Rita Saenz to get answers about the suspended accounts and resumption of payments. We also reached out to Governor Gavin Newsom asking what he was doing to help people affected by the mass suspensions, but his office just forwarded our message to EDD.