California’s Employment Development Department will implement 'conditional pay' which means the long wait for unemployment benefits may finally be over for many. 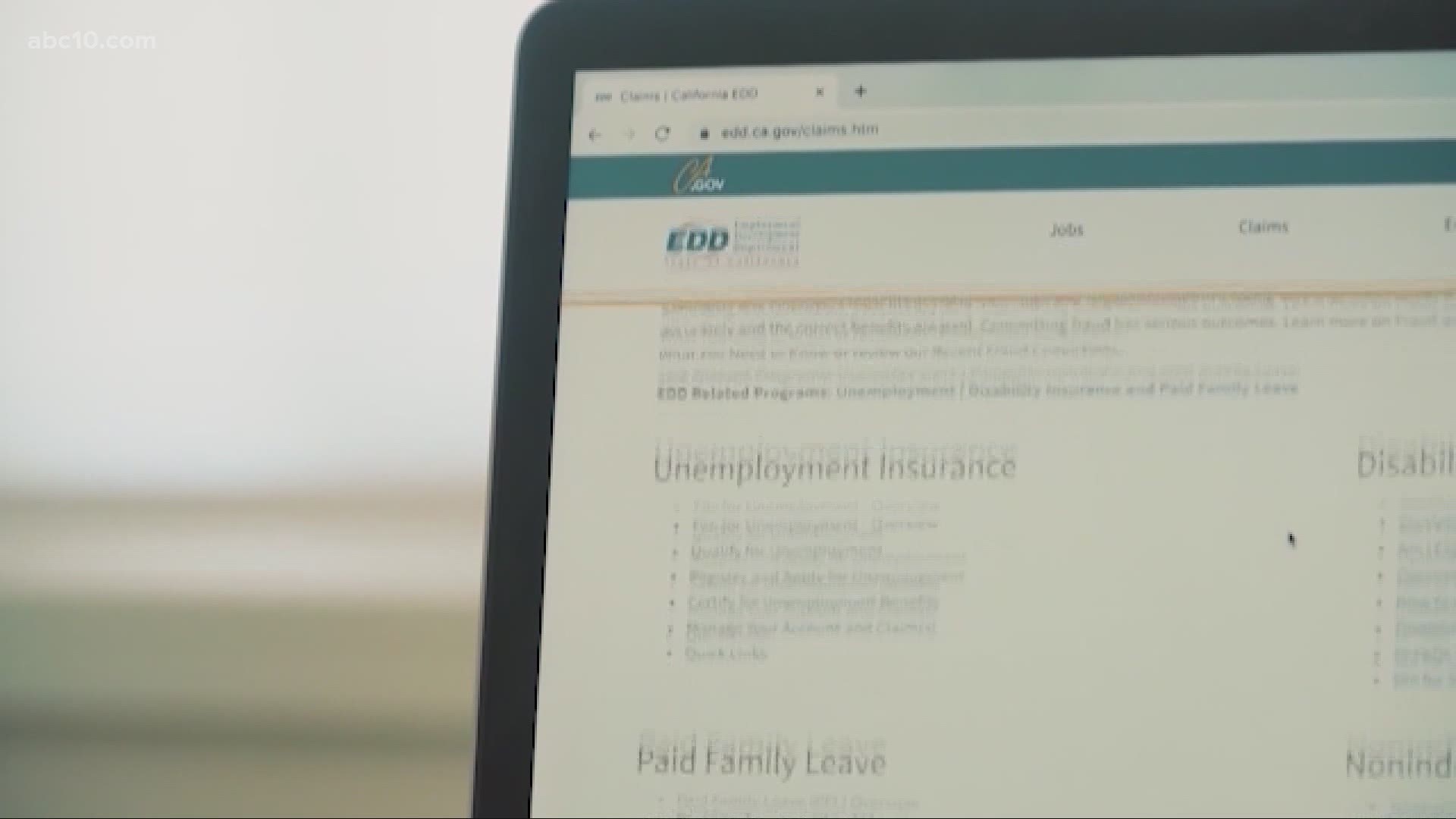 SACRAMENTO, Calif. — Help is finally on the way for more than 100,000 Californians who have been waiting weeks, or even months, for the Employment Development Department (EDD) to pay them their unemployment benefits.

In an agreement reached with the Center for Workers’ Rights, on behalf of claimants waiting for payment, EDD will pay benefits to people with continued eligibility issues that the department is unable to resolve within two weeks. It's a new process called 'conditional pay.'

"So what EDD is doing is that instead of waiting to pay benefits while they look into a continued eligibility issue, they will actually be paying the claimants while they investigate these issues," Daniela Urban, executive director of the Center for Workers’ Rights said.

Urban told our Dollars and Sense team that the payments would go out in batches, with the first group paid as early as July 23. EDD later confirmed the rollout date in a news release.

Previously, those cases were marked as pending and the claimants were added to EDD’s backlog, which currently shows more than 140,000 people with continued claims waiting on EDD to resolve eligibility issues.

"Once EDD has identified that there's an eligibility issue, before this week, what EDD did is issue a full stop payment on claiming accounts. So they couldn't receive benefits for any weeks going forward, regardless of whether they had eligibility issues for the future weeks," Urban said.

"And that process is what's stopping. So, that there's no longer that stop payment when there's an eligibility issue. If EDD cannot make a determination by the end of the week, following the week that they find the eligibility issue, EDD will make those payments while they continue to investigate."

The agreement is part of a lawsuit filed on Thursday by the Center for Workers' Rights and Altshuler Berzon LLP. The class-action lawsuit alleges constitutional violations of due process protections, as well as violations of the Department of Labor regulations for payment of benefits when due.

The lawsuit also included a settlement for EDD to introduce a new process called ‘conditional pay.’

“We know many claimants who cleared fraud filters and verified identity have been waiting too long for payment,” EDD Director Rita Saenz wrote in a written statement. “In response, we are launching a new program that will help many Californians get benefits faster.”

People eligible for conditional payments will get an alert in their UI Online account or in the mail. EDD said it will begin sending notices this week to claimants who will benefit from the new policy with the first payments going out July 23.

People will be able to spend the conditional money, but if EDD later determines they were not eligible, they may be asked to repay it.

EDD provided some guidance about the risk of overpayment:

"Any benefit paid during EDD’s eligibility review will be an overpayment if the Department later determines the person did not meet eligibility requirements. An overpayment can be waived if the claimant demonstrates a financial hardship and the overpayment was not the claimant’s fault or due to fraud. While there is no ability to opt-out of the conditional payment program according to federal guidance, claimants can stop certifying for benefits if they no longer want to receive benefits."

For now, the agreement with EDD only covers continued claims, but Urban said she is still talking with the department to make sure people with initial claims get paid as well.

"Initial eligibility, which is when a claimant first files for benefits, those claims still require that EDD make a determination about eligibility before issuing payments," Urban said. "So those claimants are not implicated in this change. The center is still in negotiations on making sure that all regulations and due process protections are provided to those claimants as well."

The timeliness of payments has been a major issue for EDD, which saw its backlog of cases swell to more than 1 million during the pandemic. While that number has come down, the backlog doubled between the beginning of April and the end of May. Since then, there has not been any major progress in the backlog.

EDD’s dashboard showed 226,000 total cases in the backlog as of July 17. Those are all cases waiting on EDD to do some work in order to get the people paid. That doesn’t include another 870,000 cases where EDD is waiting on the claimant (many of these cases likely include people who went back to work and haven’t responded to messages from EDD).

“Timely payment of benefits is essential to achieving the purposes of the UI program, and UI recipients in continuing claims status have statutory and constitutional rights to the continued payment of their benefits,” Michael Rubin of Altshuler Berzon LLP, counsel for the Center for Workers’ Rights, said in a written statement. “We are pleased that EDD is implementing these new procedures to ensure every claimant is treated fairly and their claims are processed efficiently.”