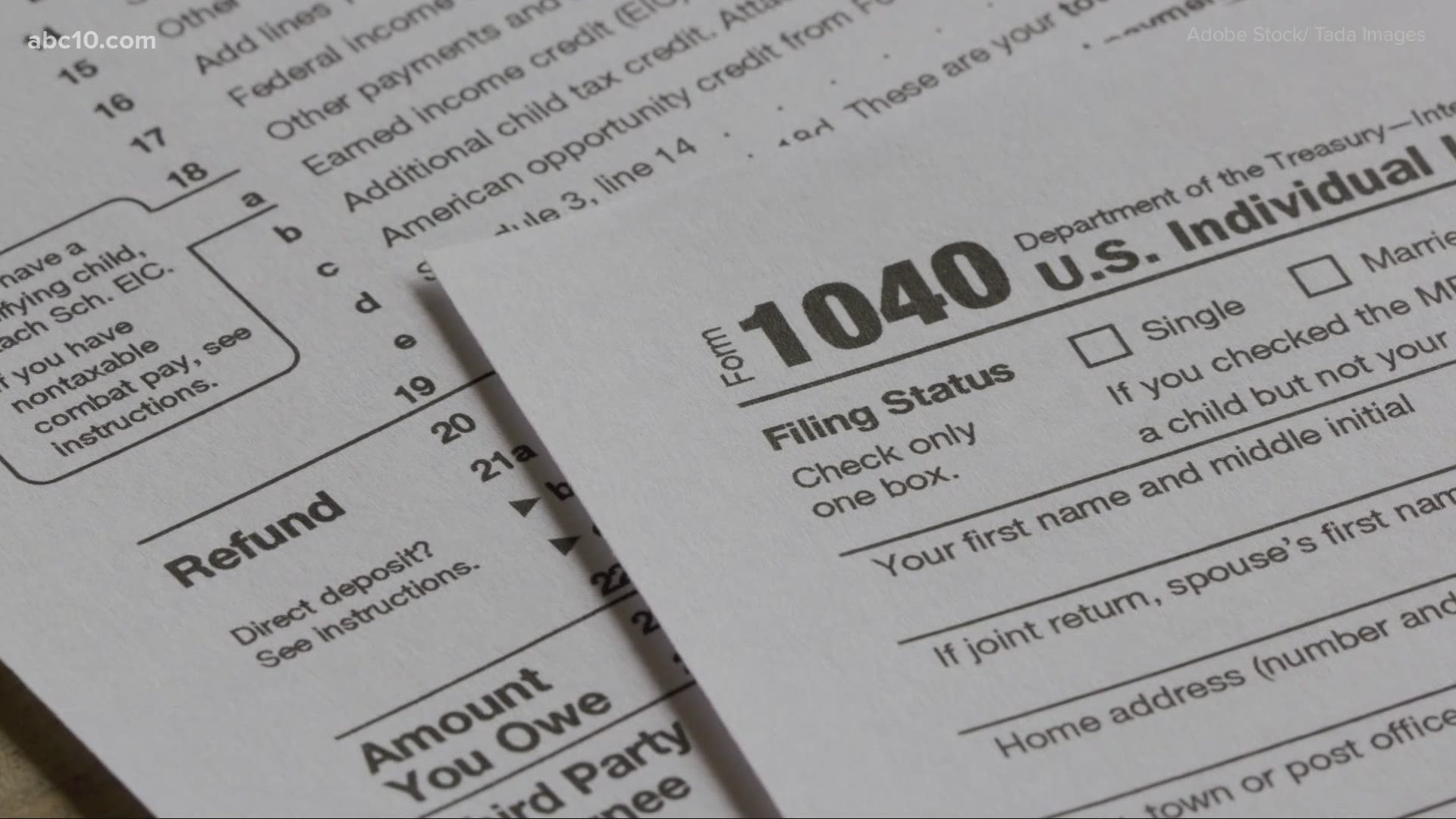 SACRAMENTO, Calif. — California officials say 2.5 million people in California have so far taken advantage of the Golden State Stimulus. Yet, with the tax deadline just over a week away, it also means over 1.5 million eligible tax filing Californians still haven’t claimed their credit.

Andrew LePage, public information officer for the California Franchise Tax Board, said there are a variety of reasons why 1.5 eligible Californians might not have claimed their Golden State stimulus payment yet.

“You know I think people haven’t filed for a whole number of reasons that you and I probably couldn’t even think of them all. People that just haven’t gotten to it yet. Some folks maybe that have sent their return in but it hasn’t been fully processed. It does take some time,” said LePage.

Those who qualify are either CalEITC, earned income tax credit filers, typically low-income filers, or ITIN filers. ITIN stands for Individual Taxpayer Identification Number and it’s for people who file taxes but don’t have a social security number.

As of Thursday, one group was far ahead when it came to claiming the stimulus.

“It’s clear the vast majority of those receiving the Golden State Stimulus are qualifying with CalEITC,” explained LePage.

“In 2018, ITIN filing Californians contributed $3.7 billion in state and local taxes, $7 billion in federal taxes and over $40 billion in spending power to our economy,” explained Feldstein.

She said state leaders and organizations like hers have worked hard to get all Californians pandemic relief and ensure equity.

Right now, that means more than a billion dollars remains unclaimed for ITIN and CalEITC filers.

“So it’s really important that people do what they can to file their taxes, claim these credits and get money for you and your family,” said Feldstein.

WATCH NEXT: How you can make sure you get your Golden State Stimulus | Dollars and Sense