Independent contractors or business owners who applied for unemployment before the Pandemic Unemployment Assistance program started may have a second chance. 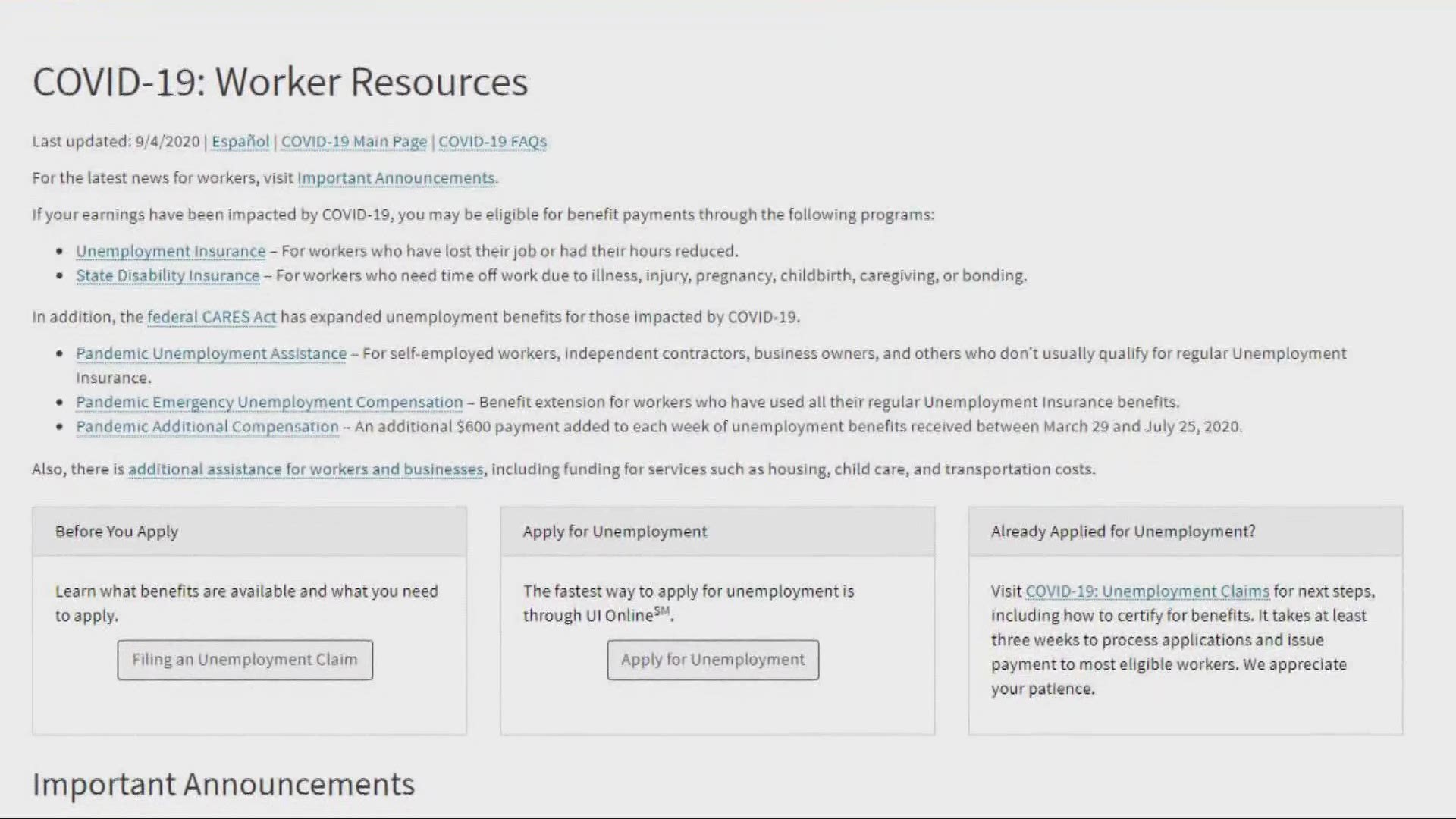 SACRAMENTO, Calif. — If you’re an independent contractor or self-employed and had your Pandemic Unemployment Assistance (PUA) claim denied by California's Employment Development Department (EDD), it may be that you applied too early. According to Stephen Goldberg, regional counsel for Legal Services of Northern California, the good news is that there’s a way to fix it.

“We’ve seen an issue with independent contractors and gig workers,” said Goldberg. “Folks who applied before the end of April, before the Pandemic Unemployment Assistance Program started, and so those folks were denied.”

Goldberg said some people may still be waiting for payment because they think EDD automatically went back through their records to identify those who applied too soon, but that’s not the case.

“We’ve had some people who were waiting because they thought it would happen automatically, and it doesn’t. They need to reapply,” said Goldberg.

On a related note, in a September 10 news release, EDD announced they will no longer be backdating new PUA claims automatically. It’s part of an effort to stop scammers from targeting earlier months when federal stimulus payments were available.

Those who believe their claim should be backdated now need to submit an online inquiry through AskEDD. EDD says to select “Unemployment Insurance” in the “Claims Category” menu, then the “Claims Questions” sub-category, and the topic, “Backdate the Effective Date of my Claim Due to COVID-19”.

As of September 5th, EDD says it has paid out over $31 billion dollars in PUA claims since the program launched on April 28th as a part of the CARES Act.

WATCH MORE: Trouble getting through to EDD in California? Here's what you can do | Dollars and Sense