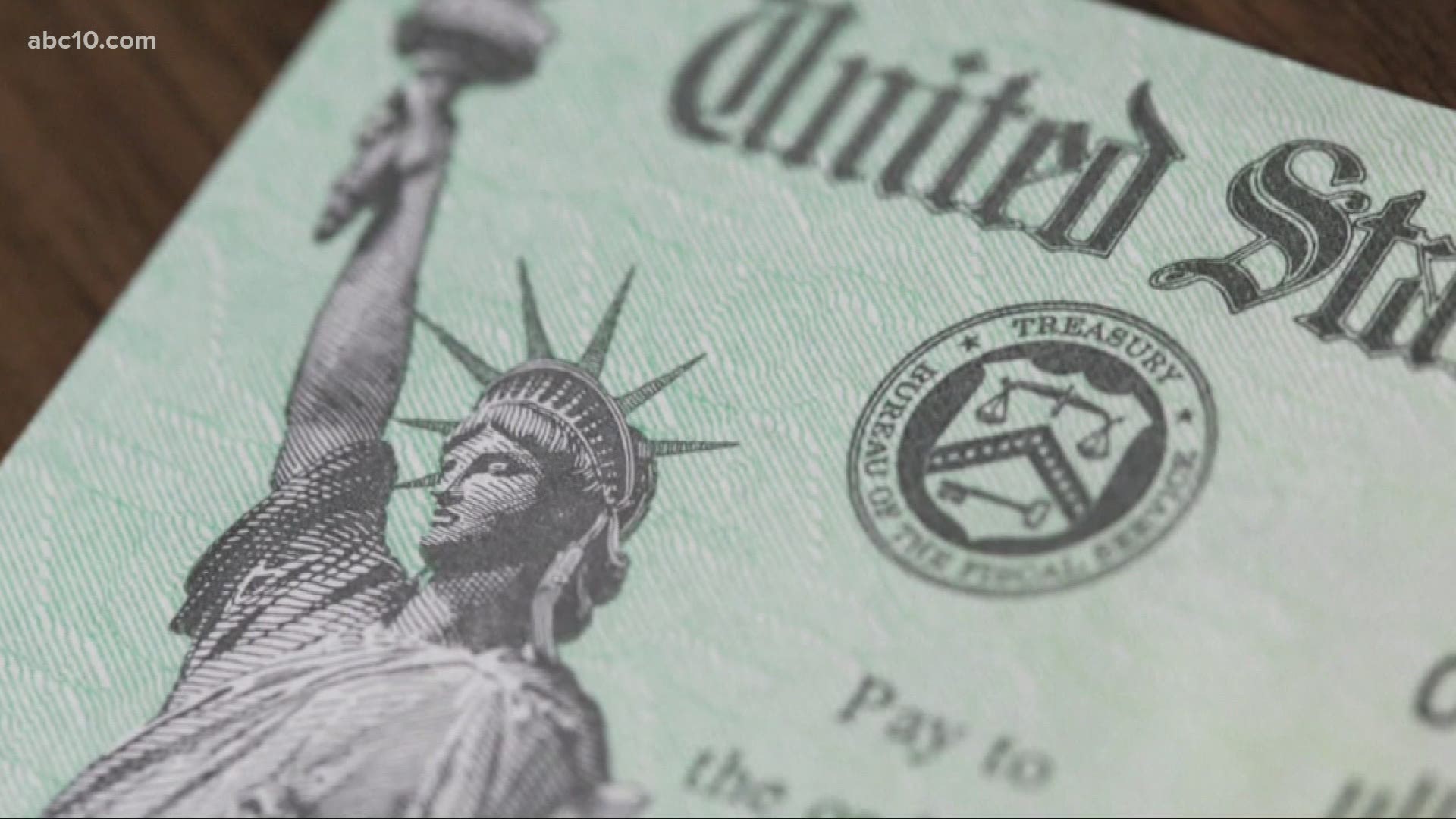 Many Americans let out a temporary sigh of relief after President Donald Trump signed the new stimulus bill.

"I've always worked for my money now I can't work but I can't get the help that I need," Sacramento resident Larry Coleman said. "At the rate that I'm going now, I'll be homeless by next month."

Coleman ran out of his unemployment insurance in October. He said some of the money, like the next $600 stimulus check he'll receive, will help but it's not enough. He said it will go toward paying one bill.

"We haven't gotten an update from the treasury department yet but I think the stimulus checks will be delayed by about a week since it took President Trump a week to sign the bill," Democratic Rep. Josh Harder said. "For most people who have direct deposit on file with the IRS, they should be receiving their stimulus check as soon as in the next week."

The bill also adds $300 per week in unemployment benefits through March 14, 2021. Harder said Californians should see that extra $300 very soon, too.

"Every state is going to implement the supplemental unemployment at a different rate," Harder said. "We're hopeful those are going to be added as soon as this week."

Harder said he's glad Trump signed the bill but hopes this is just the start.

"My hope is that we're able to continue those efforts because a lot of the benefits expire in the middle of March...we're going to need to come together. I hope that we can use the good faith people, working together against party lines, as a blueprint on how it continues," Harder said.

Coleman said the extra money in unemployment benefits and the stimulus check will help but it's a quick fix. As a way to stay positive, he spends his time volunteering knowing there are others who are struggling too.

"It takes the pressure off of me thinking about my situation seeing their situation," Coleman said. "There are people out there that are doing really really bad. I'm doing bad but they're doing worse than me and we shouldn't have to live like this, especially in America."

WATCH ALSO: 3 tips to manage your debt and save money | Dollars and Sense