The two-year-old son of a Yemeni mother died a week after she obtained a visa waiver to travel to California. 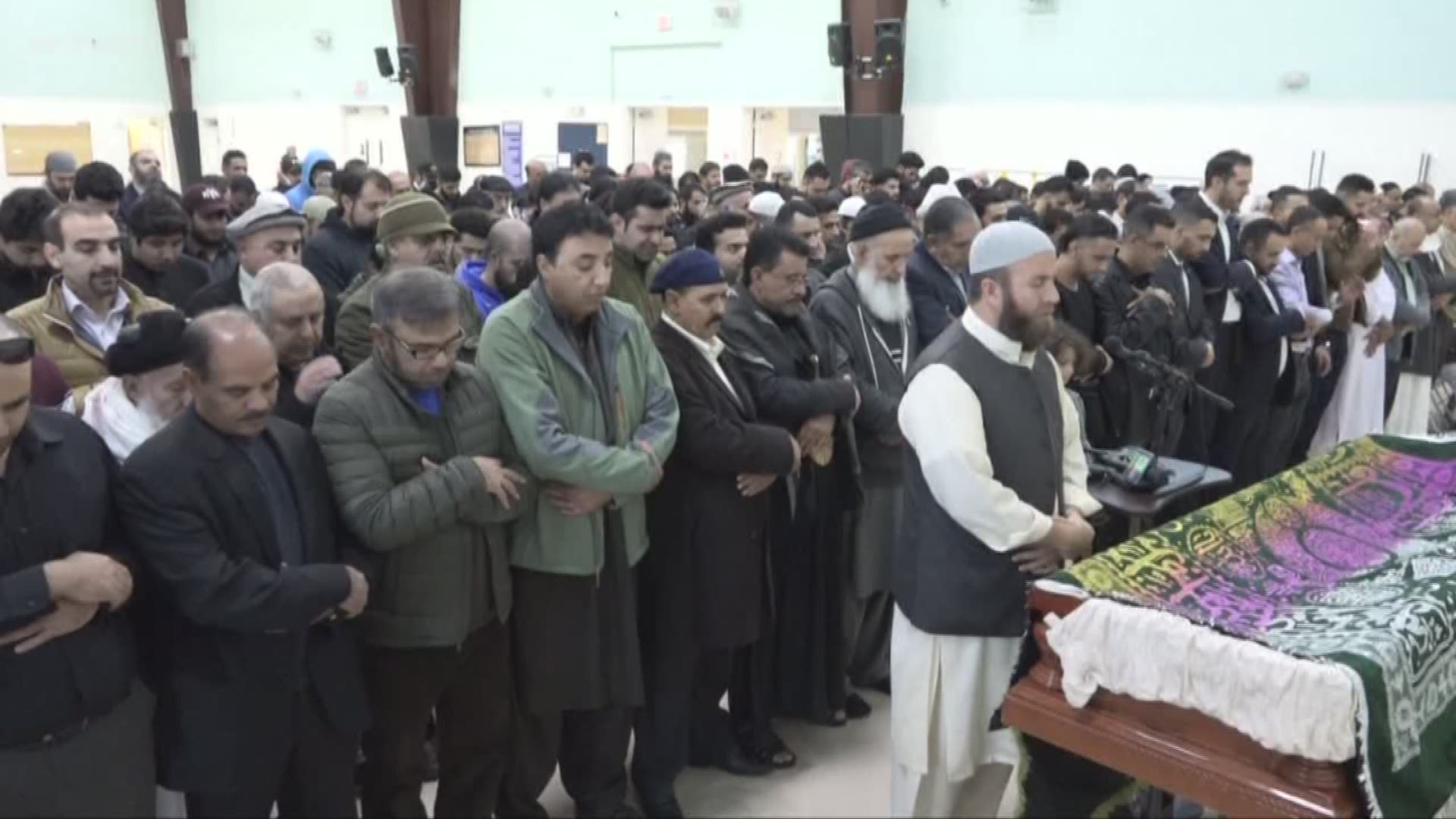 The 2-year-old son of a Yemeni mother died a week after she obtained a visa waiver to travel to California to see him.

Abdullah Hassan passed away Friday at the UCSF Benioff Children's Hospital in Oakland.

"We are heartbroken. We had to say goodbye to our baby, the light of our lives," said the toddler's father, Ali Hassan. "We want to thank everyone for your love and support at this difficult time. We ask you to kindly keep Abdullah and our family in your thoughts and prayers."

A funeral service was held for Abdullah on Saturday at the California Islamic Center in Lodi.

RELATED: Toddler at center of immigration fight passes away at Oakland hospital

"They're going through a lot, and they've been through a lot," said Muhammad Younus, Imam of the California Islamic Center. "All I say to myself, and to everyone is, remember them in your prayers. Your prayers mean a lot."

Meanwhile, Hassan says he hopes, through his son's passing, federal policies, such as President Donald Trump's travel ban, will change so that families like his don't have to be separated.

"We are not angry," Hassan added. "We know our son did not die in vain."

The family's attorney, Saad Sweilem, told ABC10 that Abdullah's mother, Shaima Swileh, was granted an immigrant visa so she can permanently stay in the U.S. with her husband.

"It's very significant," explained Sweilem. "They're going through an unimaginable time. It was cruel to keep them apart for as long as they did to go through this. For them, it's an opportunity to mourn with dignity, and that's what they deserve. That's what everyone deserves."

Abdullah was laid to rest Saturday afternoon at the California Islamic Cemetery.

WATCH MORE: At the mouth of 'Tunnel Chute,' a group of like-minded veterans gather to open up about what's on in their lives and on their minds.