The head of the U.S. Immigration and Customs Enforcement (ICE) is in town. 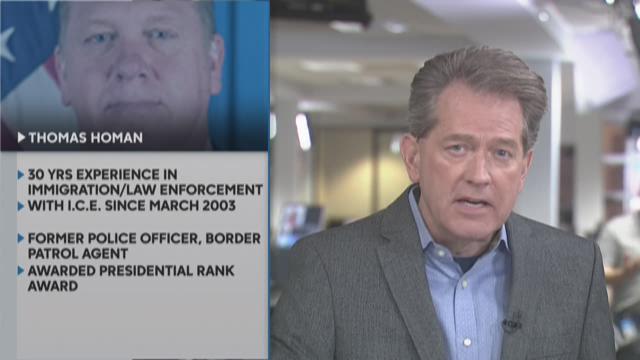 The head of the U.S. Immigration and Customs Enforcement (ICE) is in town.

In a Facebook post, Sheriff Jones said the meeting is to address fear, misinformation, and conflicting information in our communities.

In response, Mayor Darrell Steinberg and Sacramento Leaders announced a press conference and unity rally before the forum.

But just who is Homan?

Here are 5 things to know about the ICE Director:

3. Homan served as the Executive Associate Director of ICE Enforcement and Removal Operations (ERO) since 2013 where his tasks included leading ICE efforts to identify, arrest and deport undocumented immigrants.

4. Homan is a 33-year law enforcement veteran and has nearly 30 years of immigration enforcement experience. He's served as a police officer in New York, a U.S. Border Patrol agent and as a special agent with U.S. Immigration and Naturalization Service.

5. Homan has a bachelor's degree in criminal justice and received the Presidential Rank Award in 2015 for his work in immigration enforcement.