A timeline of Cpl. Singh's death and the manhunt that followed

The community of Newman is preparing to lay one of their police officers to rest after a traffic stop went terribly wrong. 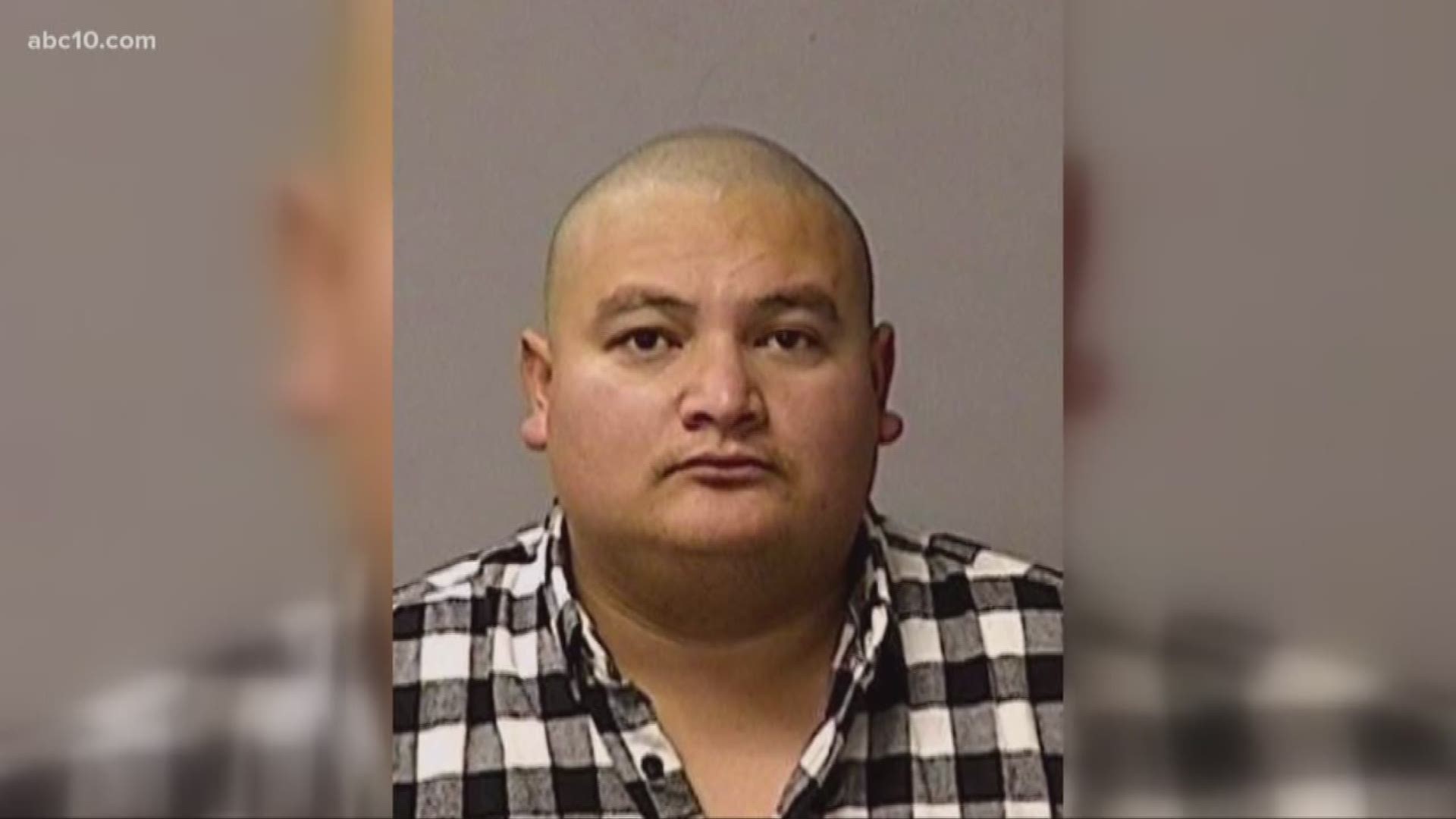 NEWMAN, Calif. — A community is getting ready to say its final goodbye to one of their own.

Cpl. Ronil Singh was a husband, a father to a five-month-old son and a big part of the small town of Newman. His suspected killer, 33-year-old Gustavo Perez Arriaga was arrested on Friday, Dec. 28, following three days of a state-wide manhunt.

Here's a recap of what led up to his arrest:

The community of Newman stood still after learning the harsh reality of losing a police officer in a small department of only 13 sworn officers, that had never seen a tragedy like this.

Around 1 a.m. Wednesday, Dec. 26, the day after Christmas, Singh was executing a traffic stop near Merced and Eucalyptus Streets in Newman for someone he believed could be driving under the influence. A gunfight ensued and the suspect took off, leaving Singh behind to die.

"You have to understand this was not supposed to happen here," Chief Randy Richardson of the Newman Police Department said in a press conference following Singh's death.

Singh would never get the chance to hold his five-month-old son or hug his wife again. His K9 Sam, locked in the patrol car, was unable to help.

Sam wasn't hurt in this incident but, without his handler and best friend, Chief Richardson says she won't be returning to work.

"Sam will be retired, she probably does have more time where she could work the streets, but I will not take another member of that family from them," Richardson said.

In the hours after the shooting, the Stanislaus County Sheriff's Office took over the investigation and all day-to-day responsibilities of the Newman Police Department, to give its brothers in blue time to grieve.

They released two photos of the suspect, spotted at a nearby convenience store minutes before the shooting, along with a photo of his truck, asking for the public's help. The Sheriff's Department warned people to not approach this suspect because he was believed to still be armed and dangerous.

A Break In The Case

Investigators were able to locate the suspect's truck Wednesday afternoon. It was found at a mobile home park just minutes away from the site of the traffic stop.

Detectives served a search warrant at the mobile home, but when they arrived on scene, the suspect was nowhere to be found.

On Friday, Dec. 28, three days after Cpl. Ronil Singh was shot and killed while conducting a traffic stop, his suspected killer, Gustavo Perez Arriaga was found and arrested near Bakersfield.

"I am pleased and very proud of the fact that the suspect is in custody," Sheriff Adam Christianson of the Stanislaus County Sheriff's Office said.

He was transported up to Stanislaus County, poetically, in the fallen officer's own set of handcuffs.

"There's a lot of people out there that misses him. A lot of law enforcement people that worked days and nights to make this happen, I'd like to thank you from the bottom of my heart," Reggie Singh, a younger brother of the fallen officer said.

The Others in Custody

Seven other people, including the suspect's girlfriend and two of his brothers, have also been arrested for helping Perez Arriaga hide from police during the manhunt.

His brother, Adrian Virgen, 25, and his co-worker,Erik Razo Quiroz, 27, were taken into custody on Thursday, Dec. 27, in Stanislaus County. Arriaga's girlfriend, Ana Leyde Cervantes, 30, was arrested in Turlock and his brother, Conrado Virgen Mendoza, 34, was arrested in Livermore.

All four appeared in court on New Year's Eve and plead not guilty to their accessory after the fact charges.

Three others — Bernabe Madrigal Castaneda, 59, Ermasmo Villegas, 36, and Maria Luisa Moreno, 57 — were arrested at the home in Bakersfield where Arriaga was hiding out. Their mugshots have not yet been released.

Stanislaus County Sheriff Adam Christianson says Singh's suspected killer was in this country illegally from Mexico, has two prior DUI arrests and ties to local gangs among other things.

"We can't ignore the fact that this could have been preventable," Christianson  said.

The Sheriff's comments reopened the argument against California's sanctuary laws.

"Law enforcement would have been prohibited, prevented from sharing any information with ICE about this criminal gang member, ladies and gentleman, this is not how you protect a community," Christianson said.

Arriaga is expected to appear in court in Stanislaus County for the first time on at 1:30 p.m. Wednesday, Jan. 2, for his arraignment.

"Make no mistake, we're going to continue this investigation until we have everything presentable so that we can prosecute Mr. Arriaga for his crime," Christianson said.

How To Pay Your Respects

There will be two honor guard viewings for Corporal Singh on Friday, Jan. 4.

The first from 9 a.m. to noon at the Newman Community Room, 1300 Patchett Drive. Then, another from 5 — 9 p.m. at the Salas Brother Funeral Home, 419 Scenic Drive in Modesto.

The funeral service is scheduled for 10 a.m. Saturday, Jan. 5 at the Crosspoint Community Church, 1301 12th St. in Modesto.

That service will be immediately followed by an honor guard procession to Lakewood Memorial Park in Hughson.

According to Christianson, this is the only authorized fund for citizens to donate money. The Sheriff said any other fund people may come across is not official and may be fraudulent.

"Please be aware there are no other approved or authorized memorial fund or online fundraising accounts that will be established," the association wrote on Facebook.

If you wish to donate to the Cpl. Ronil Singh Memorial Fund, visit the Stanislaus Sworn Deputies Association website or visit any West America Bank Branch in person to make a deposit.

WATCH MORE: "He's going to live on. Legends never die." A conversation ABC10 had with Stockton Police Officers Jason Da Silva and Jose Torres was touching. They knew fallen Newman Police Cpl. Ronil Singh for more than 10 years. The two men said it’s hard to put their uniform on now knowing what happened to their brother, but they have to keep going to work to keep Singh's legacy alive.