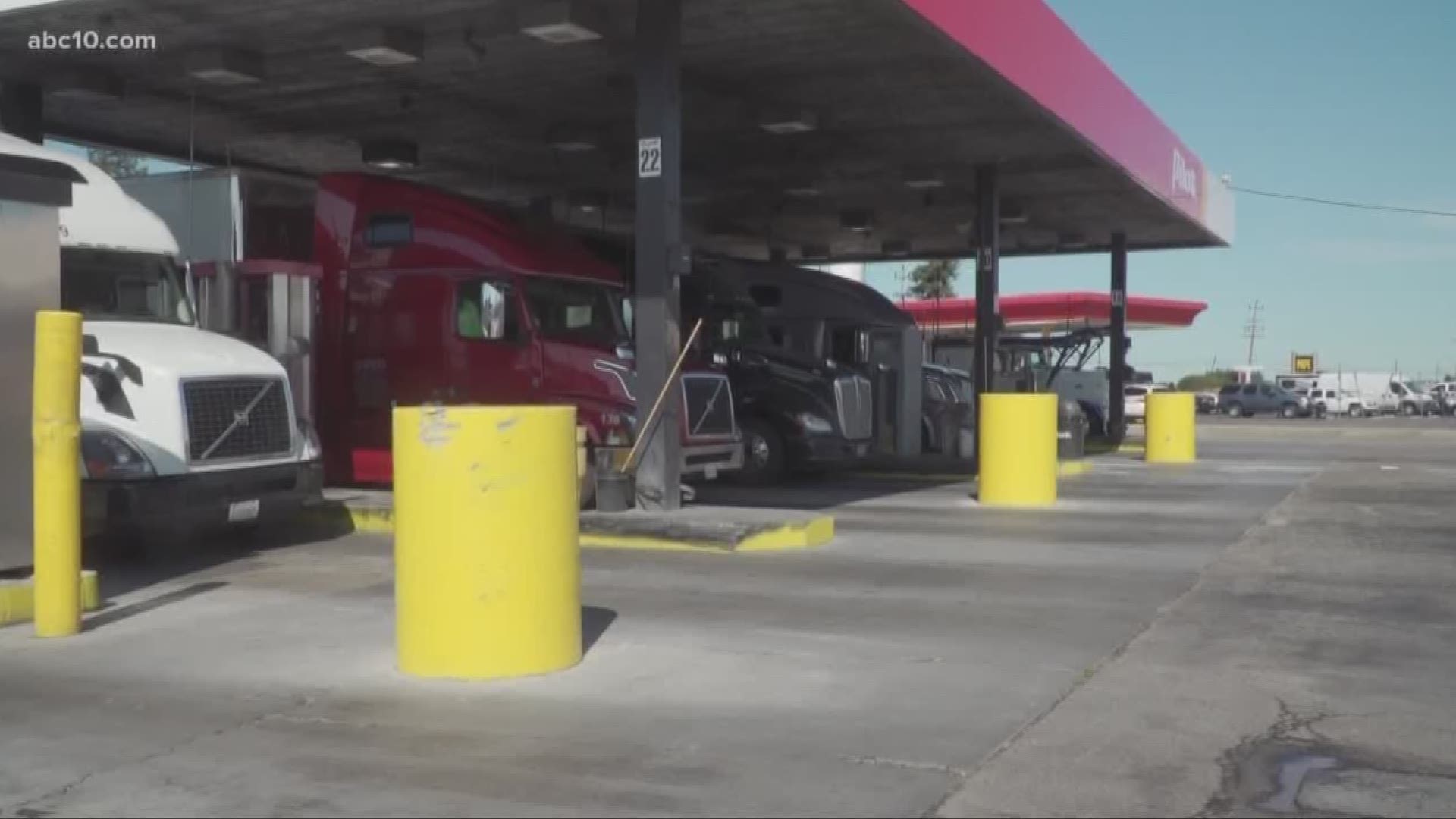 SACRAMENTO, Calif. — Gov. Gavin Newsom signed AB5 into law Wednesday, effectively changing the definition of an employee in California and making it much more difficult to qualify as an independent contractor.

Tech companies like Uber, Lyft and Amazon Flex rely heavily on independent contractors but so do traditional industries like trucking.

Robert Schott said he likes his job as an independent owner-operator truck driver. He said he takes the jobs he wants when he wants but fears AB5 could change all of that.

"I'm a single father, so I'm able to take my girls to school in the morning and then I'm home every night," Schott said. "I don't have to go across country, and I can pick and choose my own hours."

Schott voiced his opinion on the bill when it was first introduced.

"And some of the senators we talked to up there really didn't understand how we work," Schott said. "So, I don't understand why or how they can make laws that take away our freedom as independent contractors."

"There are thousands of men and women who have built their own businesses around being an owner-operator," Yadon explained. "We want them to be able to continue to strive for that American dream for themselves."

Yadon said drivers are debating what to do. He said some truck drivers are considering selling their trucks or moving to other states to do business. He said the nature of trucking lends itself to independence.

"I think based on the business model of trucking or the history of trucking, just the fact there's seasonality in trucking, there's ebbs and flows of demand through the year," Yadon said. "That's just a natural part of trucking-- to handle demand issues really requires that flexibility."

"We're not the gig economy," Yadon admitted. "So it's less about a technological platform when you're talking about trucking. It's just pure supply and demand of freight and the ability for other facets of the supply chain to be able to pick up the phone or utilize technology to be able to say there's demand over here. We need somebody to come and take care of that load. You want that freedom and flexibility to be able to go out to an independent contractor."

Yadon believes AB5 stands in the way of the trucking business.

"That is pretty much the core business of an independent owner-operator," Yadon said. "They want to be able to operate, truck and haul for other motor carriers. The provisions of AB5 do not allow that to take place."

Schott said the future is uncertain, but he hopes lawmakers will listen.

"I don't know what will happen if we all have to start being company drivers," Schott said. "We'll have to sell our trucks or turn them into the banks or file bankruptcy. I really don't know."