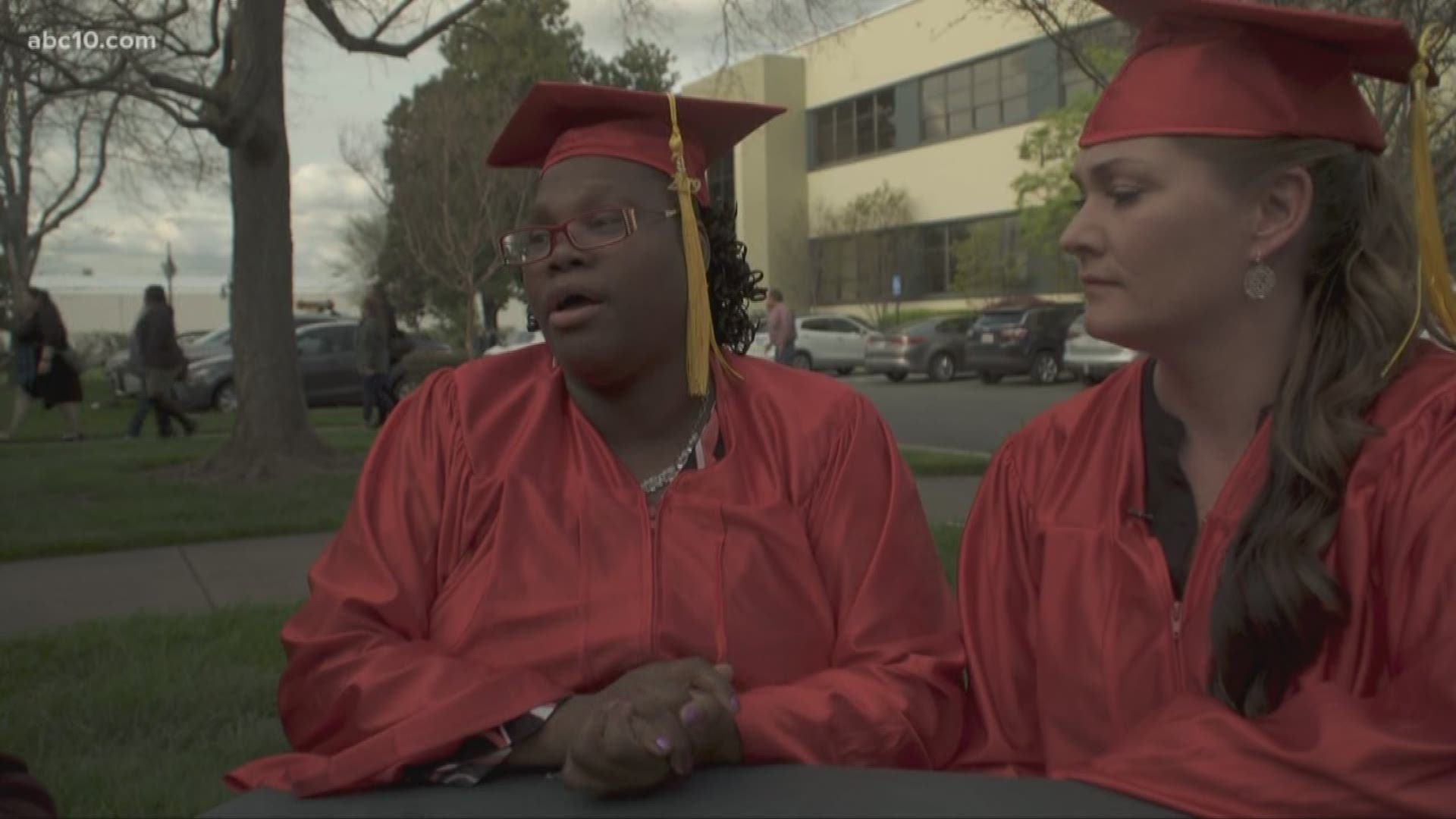 SACRAMENTO, Calif. — Twenty-four women who were once homeless or in jail celebrated the beginning of their new lives Thursday at the Saint John's graduation ceremony.

"I feel so happy and joyful inside because I've come a long way," said Zephrine McDaniel.

McDaniel is one of the graduates who says she is ready to start her new life.

"Saint John's has turned me from a hood rat into a woman. It's helped me grow up. It taught me all the things I need to know to act like a real woman," McDaniel explained. "All I knew was hood and the streets, Now, I'm earning money. I'm a certified forklift driver. I work for the California Prison Industry Authority, and I'm a clerk."

During their time in the program, the women learned how to transition from being defined by their addiction, to the people they always dreamed of becoming.

"I never want to go there again," said Tanya Fawley. "I know that I have so much more to offer this world, and people, and myself. I started to believe in myself and just realized that I can change. It starts with myself, and then I can be a better person for other people."

"I struggled with a lot of internal issues," Fawley said. "My mom and everyone else were addicts, and I started running the streets, and going to juvenile hall."

She says she's been through six programs before Saint John's, but explains this is the first one that was life-changing.

"It's not just about staying clean and sober," Fawley added. "I really have to retrain my whole mindset because I've been through so much dysfunction in my life."

Faley and McDaniel have each been sober for more than two years.

Saint John's helps 270 women and kids every day and has a waitlist of more than 500 people, according to its website. If you'd like to make a donation to keep the program running, click here.