Buffalo father gets a new van after adopting 5 children

Lamont Thomas said he is overwhelmed and filled with joy. He recently adopted 5 young children and one of the greatest gifts he received was a vehicle from West Herr 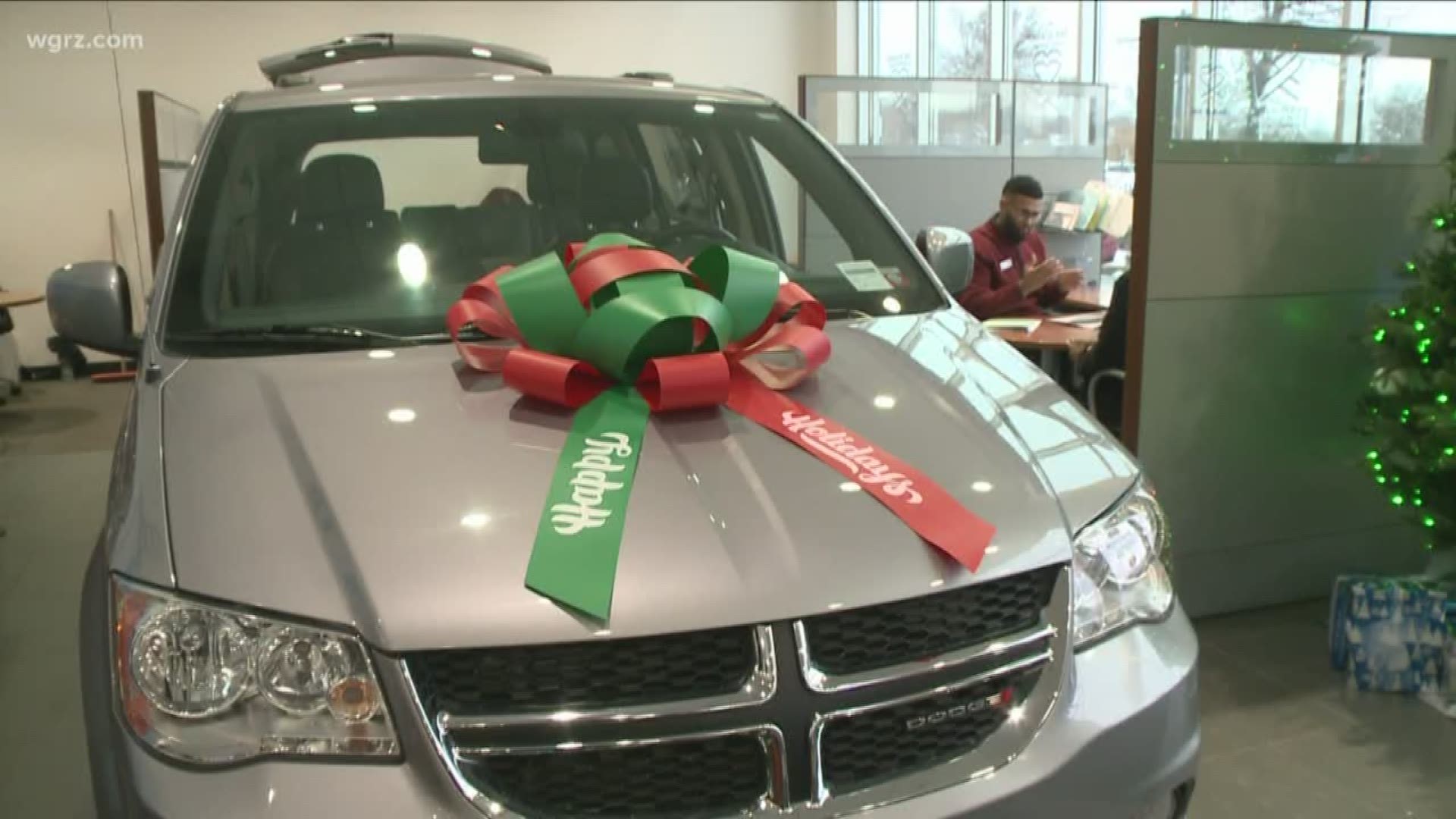 BUFFALO, N.Y. — Giving Tuesday took on a new meaning for Lamont Thomas. The Buffalo man was gifted with a 2018 Dodge Grand Caravan from West Herr.

As West Herr President and CEO Scott Bieler handed over the keys to Thomas, he thanked him for what he did for the children.

"This is a remarkable thing you've done. all of us at West Herr couldn't be more proud of what you've done for these beautiful kids and the life you're going to give them, you're a special man," Bieler said.

The vehicle was filled with new gifts for the children.

His actions caught the attention of people across the nation. Western New York and West Herr is no exception.

"I never expected all of this, it was just a normal thing for me, but I am just overwhelmed with all of the love and expressions of love shown to me and my family, it's just beautiful" said Thomas.

RELATED: After every puppy in her litter died, dog 'adopts' orphan puppies