Dozens of teenagers and lawmakers rallied in Sacramento to lower the voting age in California to 17. 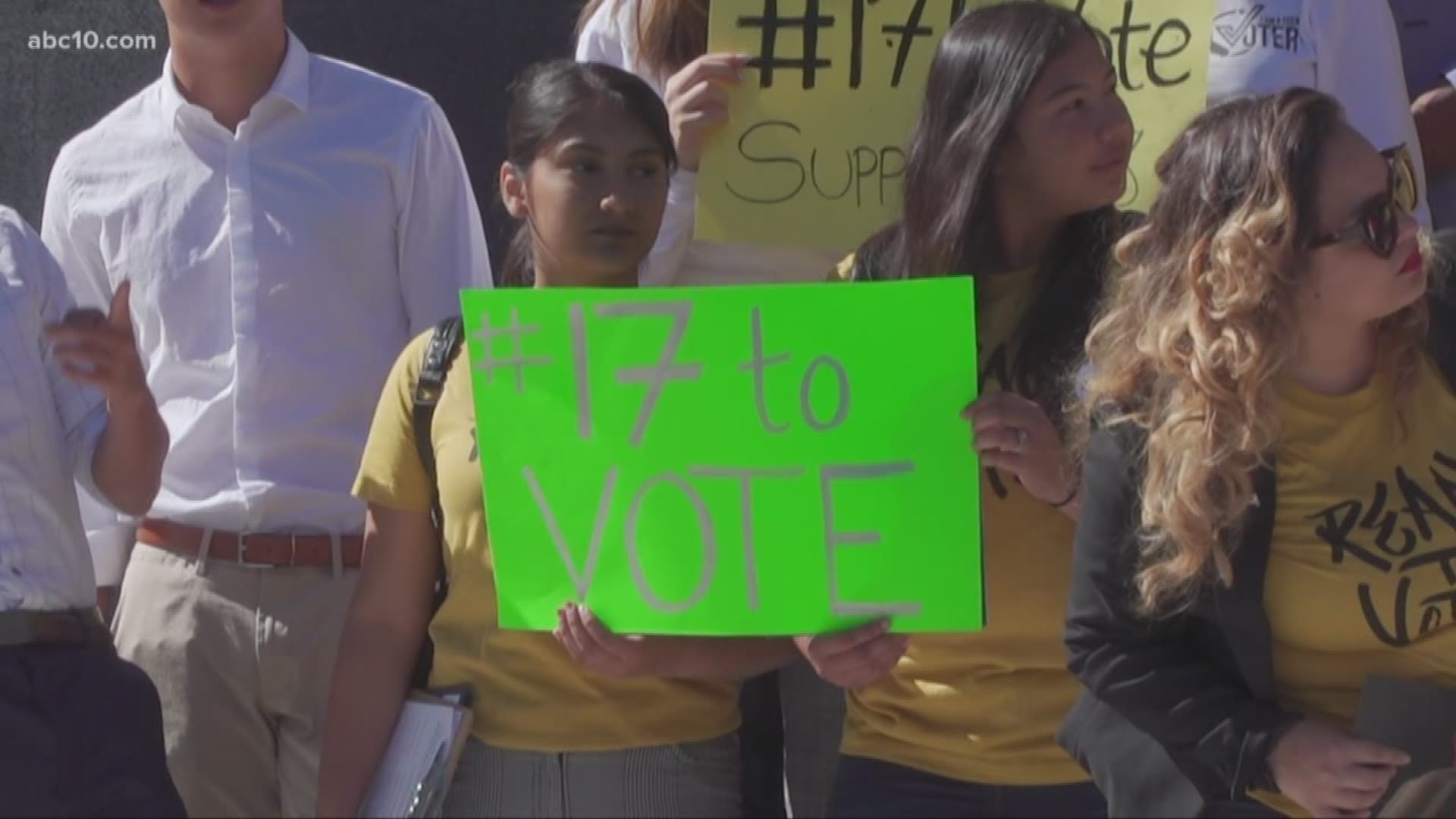 SACRAMENTO, Calif. — Dozens of teenagers and lawmakers rallied at the Capitol to lower the voting age in California to 17. That measure is now one step closer to becoming a reality after passing through the state assembly.

"We're feeling really excited right now," said Melissa Romero with the California League of Conservation Voters. "This is the first time that this policy has made it this far in the legislative process."

The next stop is the State Senate and least three Republican senators are co-authors for the measure.

"They feel strongly that if you are 17, and you can register for the draft with parental consent, that you should be able to vote if you can serve our country," said Romero.

Meanwhile, time is ticking. The legislative session is coming to an end around September 13.

"Well, I don't think we need to limit ourselves to passing the bill by the September 13 deadline," said Romero. "We have until June 2020 to qualify the measure for the ballot because it would ultimately have to go to voters."

Changing the voting age in California is a constitutional amendment. So, even if it passes the Senate, voters still get a say on the matter.