Cell phone tower to be removed from Ripon school

Several parents claim the cell tower at Weston Elementary is the cause of a cancer cluster. City officials deny the claim. 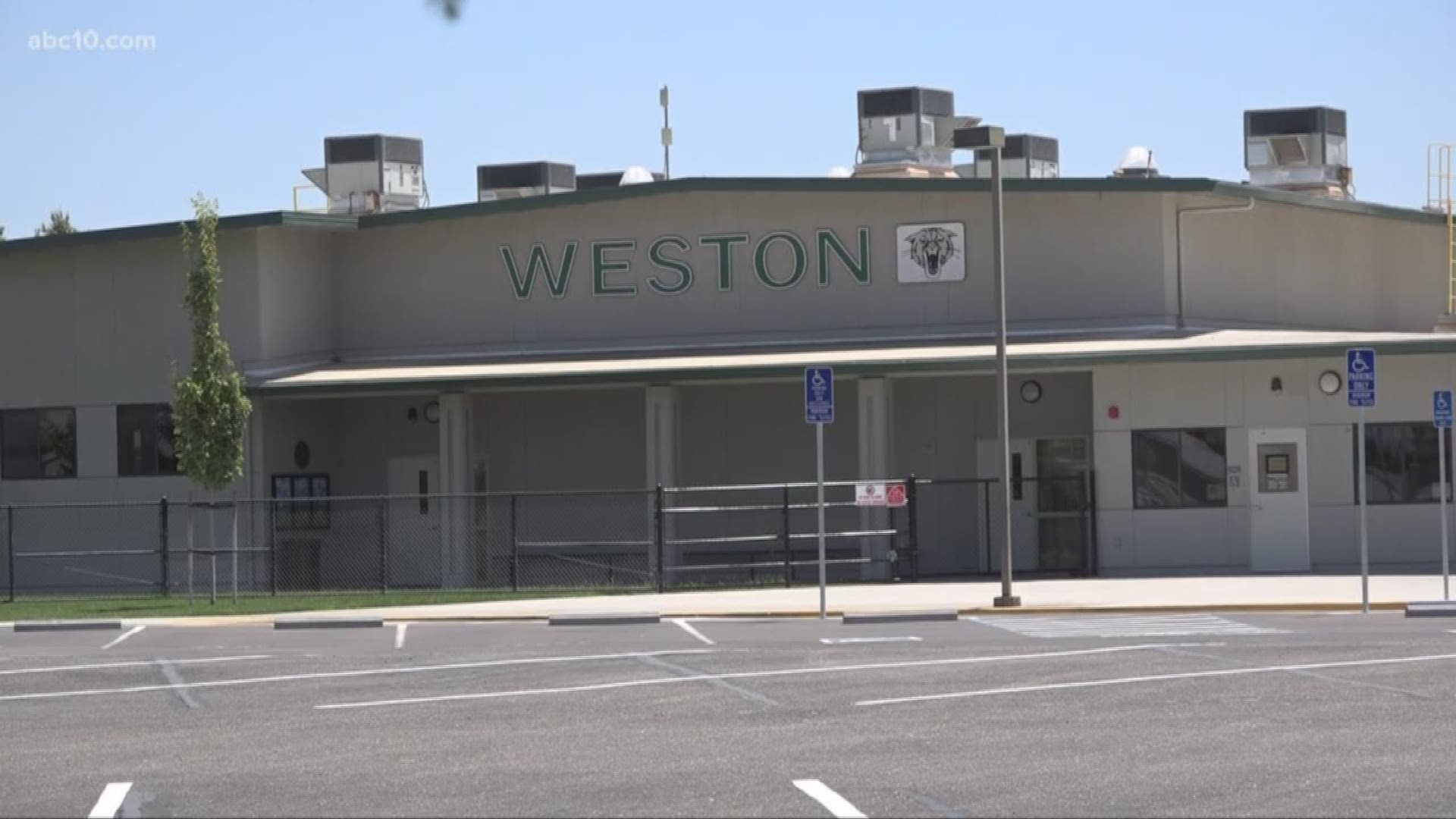 RIPON, Calif. — Antonio Sanchez and his four daughters live directly across the street from Weston Elementary School in Ripon.

On school property is a cell tower operated by Sprint. Several parents believe the cell tower is the source of a childhood cancer cluster.

"I have heard a lot of people have gotten cancer from it. I'm glad they are going to remove it," Sanchez said.

Last night, the City of Ripon announced an agreement to have the cell tower relocated less than a mile away on a property near Jack Tone Road and Harvest Drive.

Bill Van Klaveren, who said he owns the property, said he has been in negotiations with Sprint to sign a 15-year lease agreement.

As part of the deal, a new cell tower would be set back about 500 feet from the road, according to Van Klaveren. He said it would be installed by the end of the year.

The City of Ripon deny the cancer claims.

The city points to research conducted by the Cancer Registry of Greater California, which operates under the California Department of Public Health.

It evaluated "observed" and "expected" numbers of cancer cases among children ages 0 to 19. Between 2007 and 2016, 14 cancer cases were reported in Ripon.

"This did not differ from the total expected number of 13.7 cancer cases" compared to other San Joaquin County cities, researches concluded.

Kelly Blancarte lives in the neighborhood across the street from where the new cell tower will be located.

"I'm not really sure what to think. I haven't really done my own research into it. So, there are so many variables to it," said Blancarte, the mother of four young kids.

Joe Hidalgo, who has lived across the street from Weston Elementary School since 1999, said he has no problem with the tower.

He said his three kids went to school there from kindergarten through 8th grade and have no health issues.

"I might be in the minority... but I have no issues. We all have cell phones. Kids nowadays play with tablets that are wireless. Guess what? The same signal that's coming from that tower is going to their tablet, their phone," Hidalgo said.