City of Chico 'overwhelmed' by influx of Camp Fire survivors

Violent crime is up, there's a housing crisis and there's been an increase in car crashes 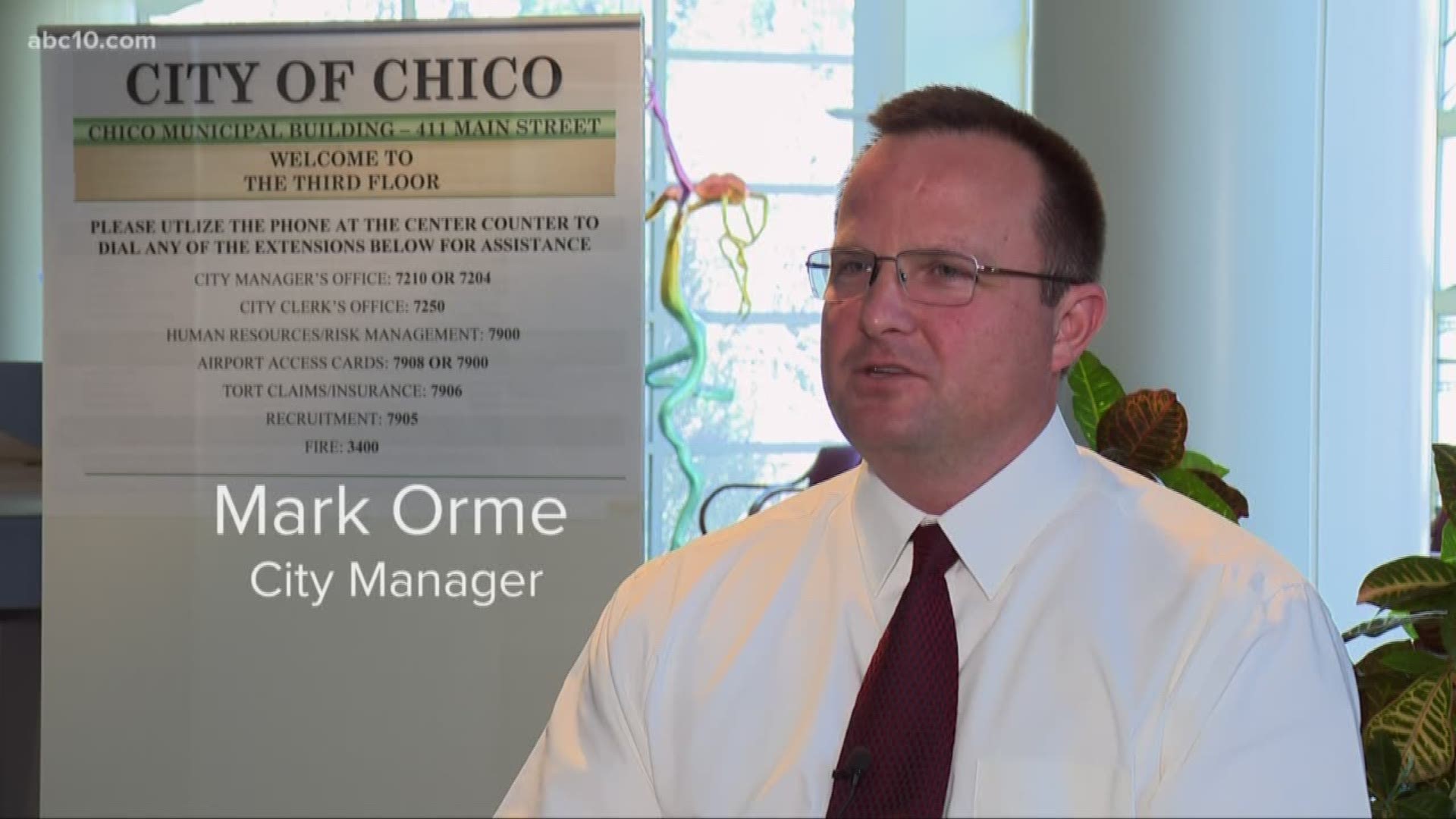 CHICO, Calif. — It has been months since the Camp Fire, California's most devastating wildfire, hit Paradise. Since then, many people were forced to continue their lives in other cities, near and far.

It's estimated nearly 19,000 Camp Fire survivors call Chico home now, where some residents are saying their city is changing. For many, it’s not just a feeling, because statistics back it up. Chico is different and that difference happened after the Camp Fire.

“Really in one word, it’s overwhelming. Obviously when you have a city in excess of 93,000 individuals and suddenly you have a 15-20 percent shift in population, it’s huge," Chico City Manager Mark Orme said.

“It’s been a dramatic change for the environment in Chico and for the population of Chico, that’s used to a quality lifestyle that’s a little more easy going but tensions have risen a little bit because of the population growth," Orme said.

Don’t think for a second Orme is complaining. He said Chico wasn’t prepared for this population growth and now, given it’s been a few months, they are seeing dramatic changes like:

“Under the violent crime category, we’ve seen a huge increase in robberies [about 25 percent]," Orme said. "Then about 19 increase in aggravated assaults."

“It’s just, we have a problem," Marlo Gannon, who started a group called Take Back Your Streets Chico, said.

RELATED: California commission's task: Who should pay for wildfires?

Gannon and her group have been calling for the city to address the increase in crime. They’ve held small protests and peace walks.

“Honestly, why do we have to live with it," Gannon asked. "We shouldn’t have to tolerate those kind of behaviors if that’s the way we don’t want to live. Then we have to make sure it’s known that’s not the way we are going to live."

The group is fully aware of it’s population problem.

“What happened, we took in an extra 15-20,000 people overnight. I don’t think it’s been anywhere ever that’s had a city absorb another city’s population. We are having all these issues," Nichole Nava, another member and friend of Gannon, said.

Knowing the population isn’t going to change, Nava and Gannon hope the city will adapt. So what is the city looking to do?

“We’ve estimated what we would need to accommodate for that population increase. It’s a little over $6 million," Orme said, adding roughly $5 million would need to go to police. To do that, voters may need to decide if imposing a tax would be worth it.

The city needs money and the voices in Chico want to be heard. Both are willing to work together to make sure Chico doesn’t change, for the worse.

"Incremental change works the best," Orme said. "Unfortunately we didn’t have that option. A disaster happened. A vast majority came to Chico. We are playing host. We are thankful to play host. But we also need to take care of those who are here.”

The next city council meeting in Chico is scheduled for 6 p.m. Tuesday, March 19, in the City Council Chamber, 421 Main Street.