Farm-to-Fork: The magic of growing

Why in this region of the world does everything grow so well? 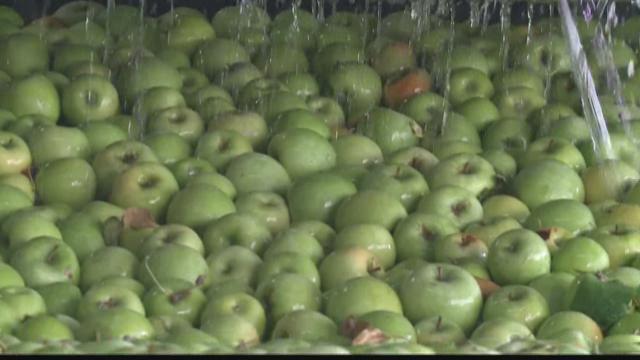 California agriculture is a main reason why our state is the sixth leading economy in the world, ahead of countries like France and India.

Northern California feeds the world. We are America’s “breadbasket.”

As we celebrate the delicious farm to fork movement, we visited Greene and Hemly orchards in Sacramento County's Delta region, where along the Sacramento River, they grow pears and apples.

They're among the many regional farms that thrive.

So, why in this region of the world does everything grow so well?

What are the local region's top crops?

So, what's the secret to keeping a family farm like Greene and Hemly going for six generations over 167 years with changing consumer's tastes?

You plant what people will buy.

At Greene and Hemly, there's a new and growing demand for pear hard cider. 2015's first bottling was so popular, it sold out quickly. They're making more.

Adds Virginia Hemly-Chhabra; "The cider business is booming, it's a huge growth market. You can take that golden nectar and turn that into something fantastic"

And fantastic is what the rest of the world says when the Northern California harvest sits at their dinner table.

Our 10 Words team is taking a closer look at farming in our region after we heard from many people who wanted to know more about where their food comes from. Please vote on which topic you would like us to cover next.