The Yisrael Family is working to transform Sacramento's Oak Park neighborhood, one backyard garden at a time. 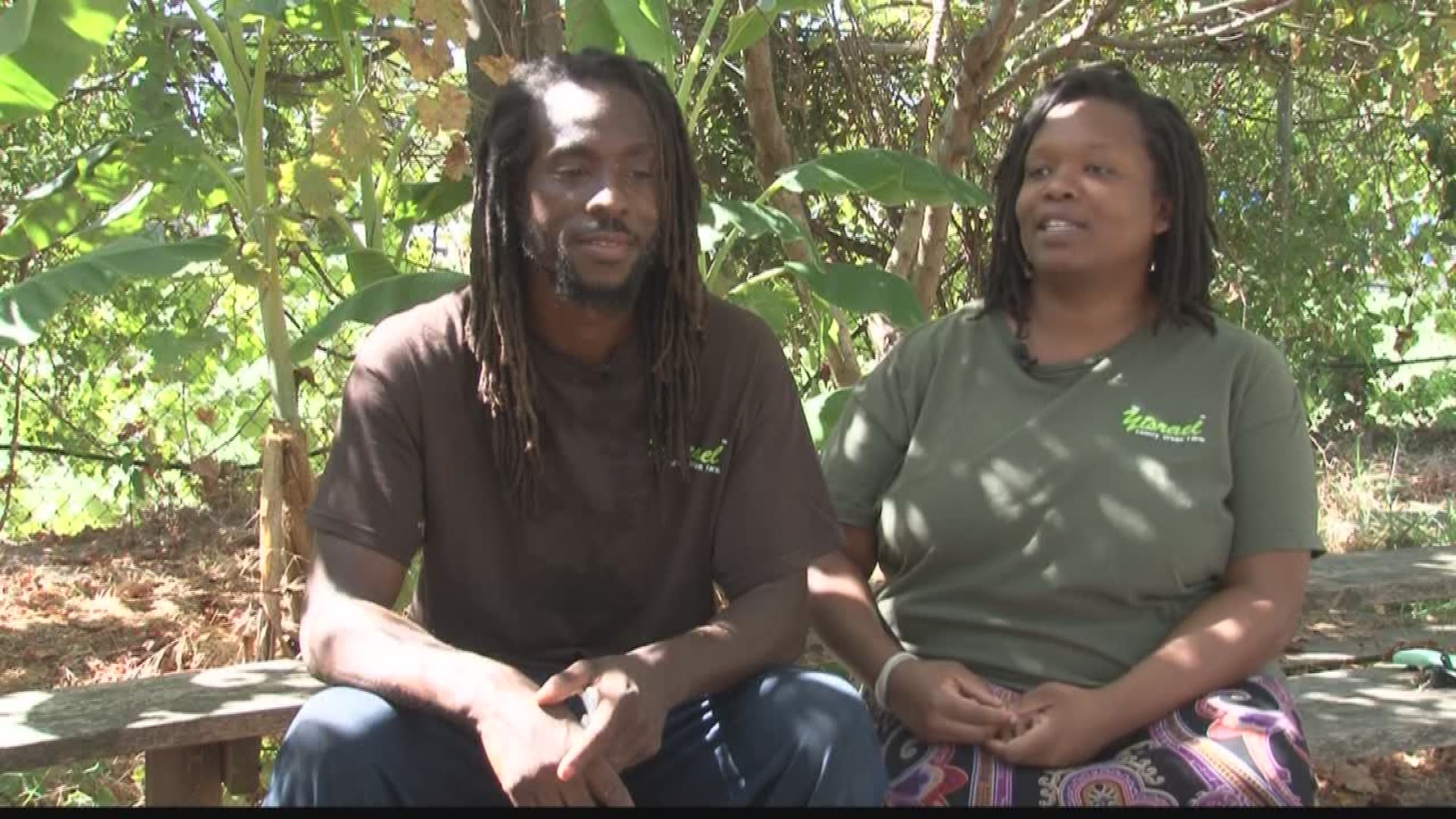 Chanowks’s wife, Judith, explained that “it’s easier to find a Snickers bar or bag of chips than it is to find a fresh apple or head of lettuce in this community.”

That’s something Chanowk and Judith hope to change through their labor of love, The Yisrael Family Urban Farm.

A farm that’s smack in the middle of Oak Park.

That was nearly 10 years ago, back when Chanowk said he just wanted to grow some food to lower his family food bill. It’s now their full-time job, and they’re changing the way their neighborhood experiences food through their own micro version of farm-to-fork.

“Whenever we can, whenever we have tours--we've probably had, in past year, at least 1,000 people come through here--we have these famous first moments. ‘What is this?!’ ‘It's a fig.’ ‘I’ve never had a fig before!” Next thing you know, they're hooked on figs,” Chanowk said.

In addition to running the farm, Chanowk and Judith teach classes about healthy, sustainable eating. They’ve also started to show people how to help themselves by building gardens in area backyards.

Participants learn how to grow their own food by volunteering to get their hands dirty helping someone else get started. Eventually, a group of volunteers will return the favor.

The volunteers aren’t always local, either. At a recent event, one participant came all the way from Santa Cruz after being told about it by a friend.

Things like that let Chanowk know he’s striking a chord on many layers. “We're laying infrastructure right now. We're getting people aware, getting people excited, getting people inspired. There's people watching what we do and they're tearing up their backyard, or putting some containers [on the] balcony in their apartment,” he said.

For Chanowk and Judith, though, their urban farm is about more than just the farm, or even the food.

When asked what his title was, Chanowk didn’t say, “I’m the owner of this farm.” Instead, he said that he was a concerned citizen.

Those concerns are based on a history that’s still affecting his neighborhood.

“If you remember and look back in time, this area, for Black people, this was the only place you could live at some point in time,” he explained, “Because, remember, you’re red-lined. Couldn’t live in Tahoe Park. Couldn't live in East Sac. Curtis Park was out of the question.”

Chanowk added that it’s important to see African-American men and women doing something positive in the community.

“So, in addition to growing our own food, and those types of things,” he said, “Then we're also an example of a family, a Black family, in a place that's been plagued with all these different negative things that's doing something positive to transform the hood for good.”

10 Words is dedicating time to exploring our region's farm-to-fork efforts based on conversations we had in the community. People told us they wanted to know more about where their food comes from.