In Washington state, there are no Black state Senators, and just five of the 98 State House members are Black. 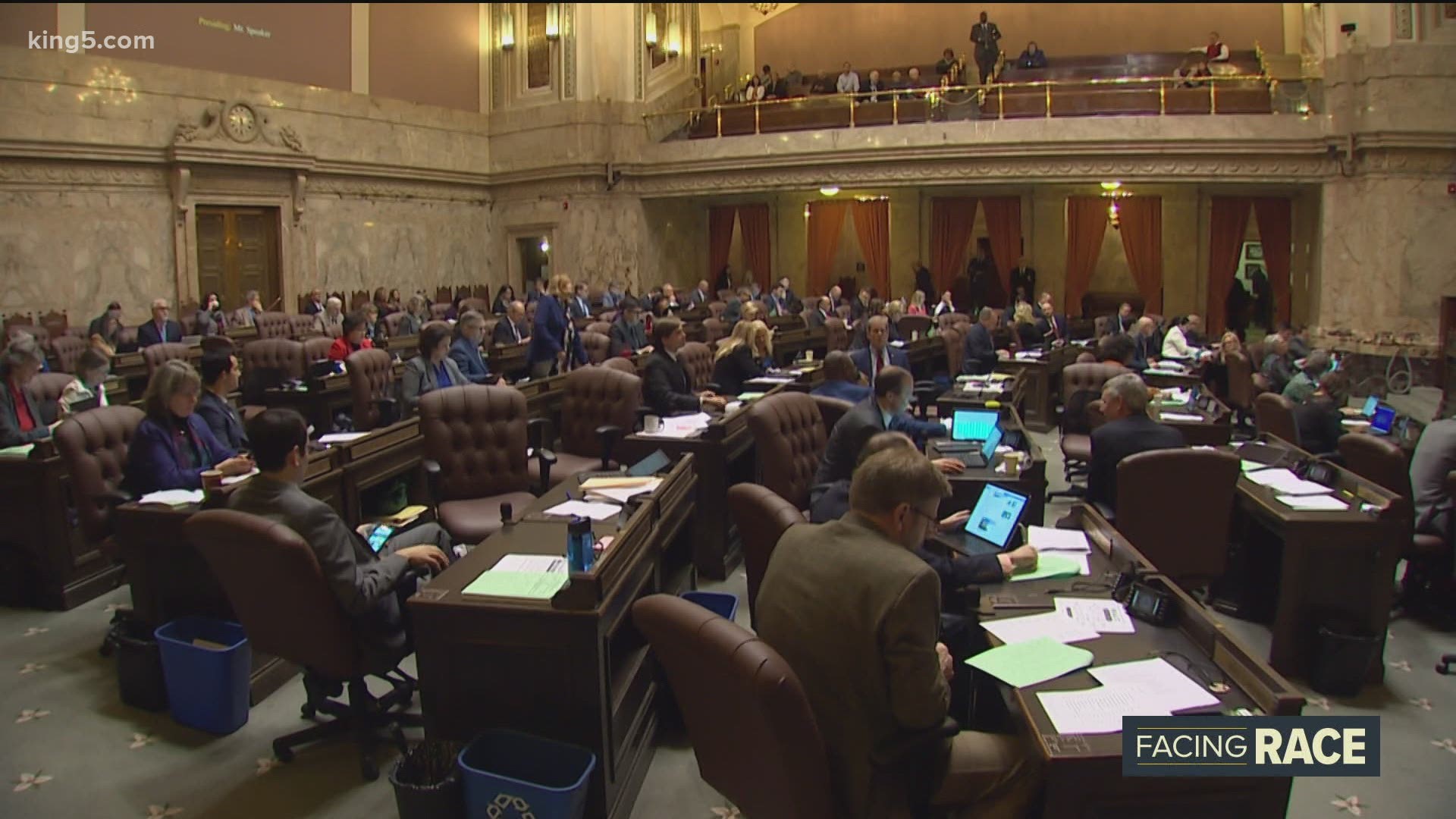 OLYMPIA, Wash — Demonstrators in 2020 have called for changes to state laws to benefit Black citizens, but can that happen in Washington state with zero Black state Senators?

”It makes our work harder when we don't have representation on the other side,” said state Rep. Melanie Morgan, D-Pierce County.

However, Washington is eyeing a chance at its first Black state Senator since 2010 in the race for the 28th Legislative District. Democratic challenger T'wina Nobles held a slim lead over Republican incumbent Steve O'Ban as of Wednesday.

Morgan said Black members are more likely to introduce legislation about equity issues most important to the Black community.

“I am a Black woman who has been alive for 52 years encountering issues, whether it be subtle or whether it be in my face,” said Morgan.

”In our state legislature, we have had allies. But now it is time for us to speak for ourselves and stand for ourselves,” said Entenman.

Lovick, the only Black member of the House when elected in 1998, said Black legislators in Olympia are trying to recruit members of their community.

This story was produced as part of “Facing Race,” a KING 5 series that examines racism, social justice and racial inequality in the Pacific Northwest. Tune in to KING 5 on Sundays at 9:30 p.m. to watch live and catch up on our coverage here.