Noah's family says the pain of losing their son will never go away, but they take comfort in his organs saving the lives of others 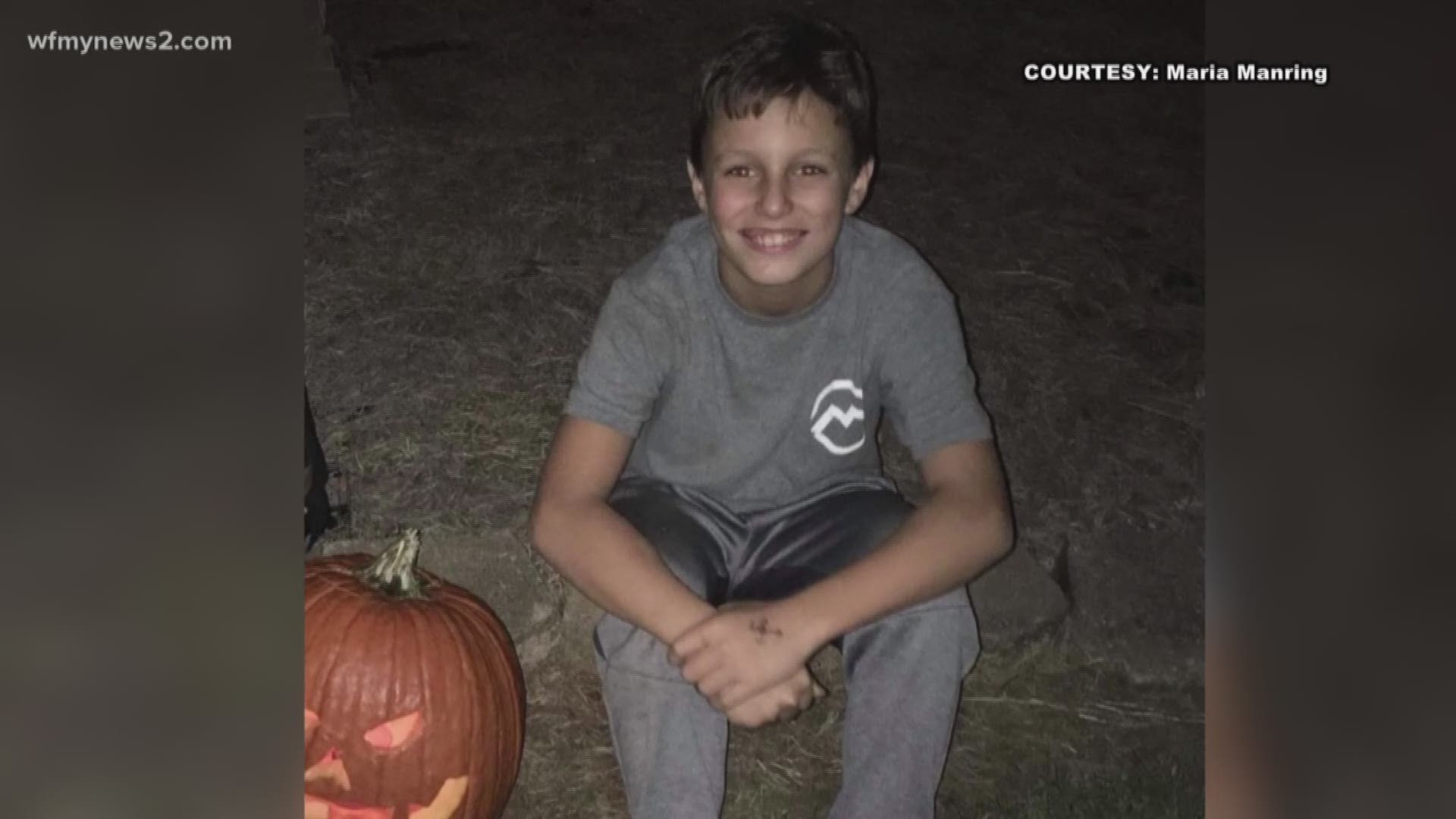 OAK RIDGE, N.C. — "For the parents out there that's got kids hold on to them. Hold on to them, because I never thought in a million years that I'd have to be laying my 11-year-old down," said Robert Chambers.

The Chambers are still trying to grasp their son Noah is gone.

He was hit by car crossing the street at a trunk-or-treat event in Guilford County Friday night.

RELATED: Noah Chambers is Saving Up to Seven Lives After His Death, Family Says

"It wasn't my.. the way I wanted my son to end but it's what was meant to happen," said Robert, Noah's father.

Now 11-year-old's legacy will live on through others.

His organs will be donated to at least seven kids. Something his father says Noah would have wanted.

"I'm pretty sure what the purpose of his life was just to help kids because he always loved making kids laugh," said Robert.

His father says one day he hopes to meet those children Noah will help save.

Until then, he'll be reminded of his son through his other children.

RELATED: 'He is in a Better Place': Father of Noah Chambers Says 11-Year-Old Has Died After Car Hit Him While Trick-or-Treating

"I have a beautiful daughter that's 7 that has his eyes and every time I look at her I can see Noah's spirit," said Robert.

Through their tragedy, a family has this wish for others.

"No matter how old you are, you always hold your mama, your daddy, or whoever's hand you're with. Don't be ashamed to hold a hand," said Noah's aunt, Andrea Stanley.

Noah died after a driver hit him as he was crossing the street at a trunk or treat event at Bethel United Methodist Church in Oak Ridge. According to law enforcement, the driver was not impaired and will not face charges.

RELATED: 'We Need a Miracle': 11-Year-Old in Critical Condition After Being Hit at a Trunk Or Treat Event in Guilford County