"He is in a better place. His spirit, his attitude, his joy, his laughter. He is up there looking over everybody," Robert Chambers said about his son, Noah. 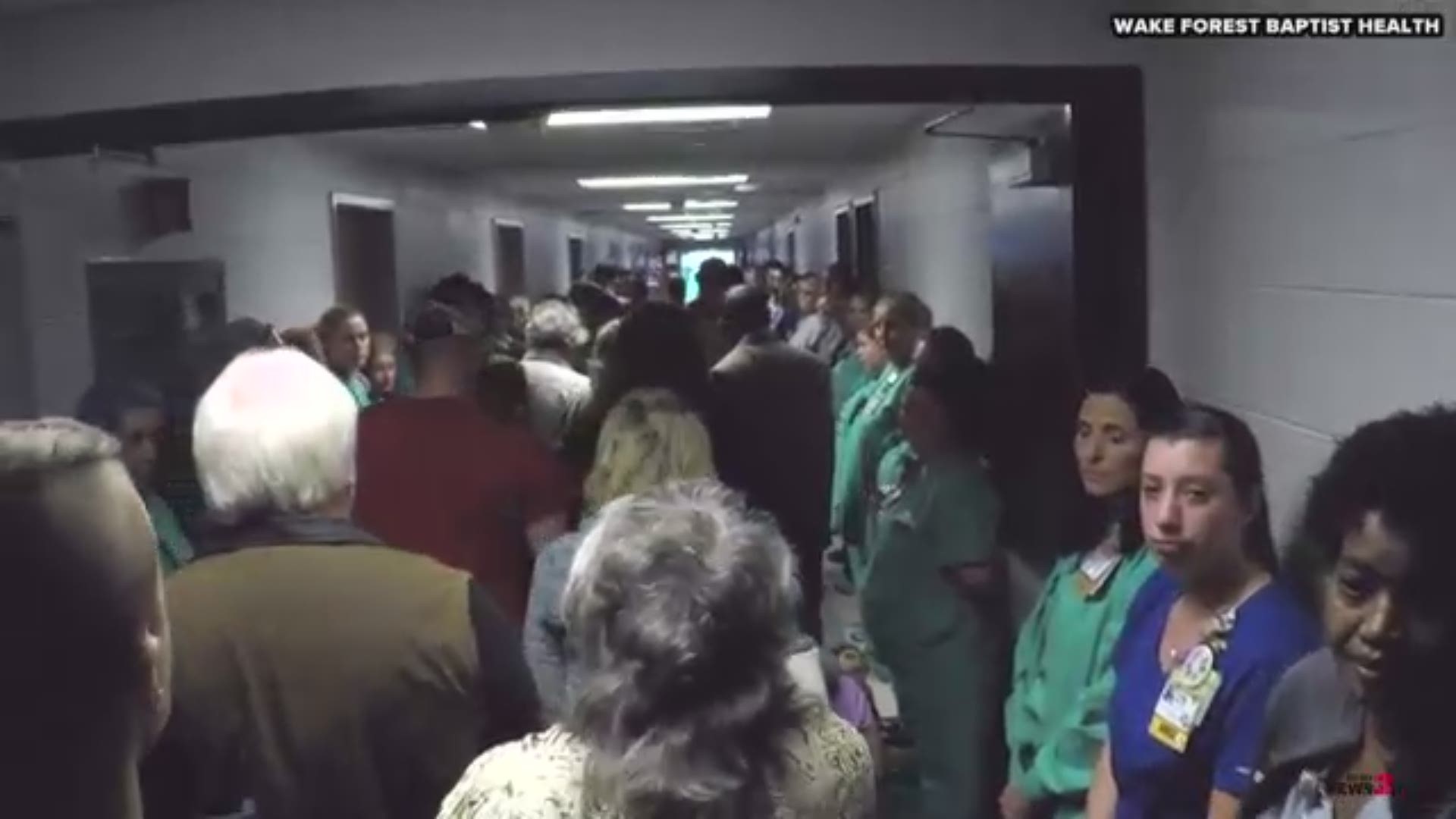 The Honor Walk is a silent way for hospital staff to pay tribute to organ donor patients and their families. It’s also a way to celebrate their life, express gratitude, respect and compassion to the family, according to Wake Forest Baptist Medical Center.

Noah died after a driver hit him as he was crossing the street at a trunk or treat event at Bethel United Methodist Church in Oak Ridge. According to law enforcement, the driver was not impaired and will not face charges.

But there is hope coming from Noah’s death, his father said his organs will be donated and that will help at least seven people, said Robert Chambers.

"He is in a better place. His spirit, his attitude, his joy, his laughter. He is up there looking over everybody," Chambers said.

And now we know Noah will also live on by giving the gift of life to others.

RELATED: 'I Never Thought in a Million Years That I'd Have to be Laying My 11-Year-Old Down' | Dad On Losing Son Noah Chambers

RELATED: Noah Chambers is Saving Up to Seven Lives After His Death, Family Says

RELATED: 'He is in a Better Place': Father of Noah Chambers Says 11-Year-Old Has Died After Car Hit Him While Trick-or-Treating

1 / 10
Brooke Ashley Dupree
Photos of Noah Chambers with his mom.