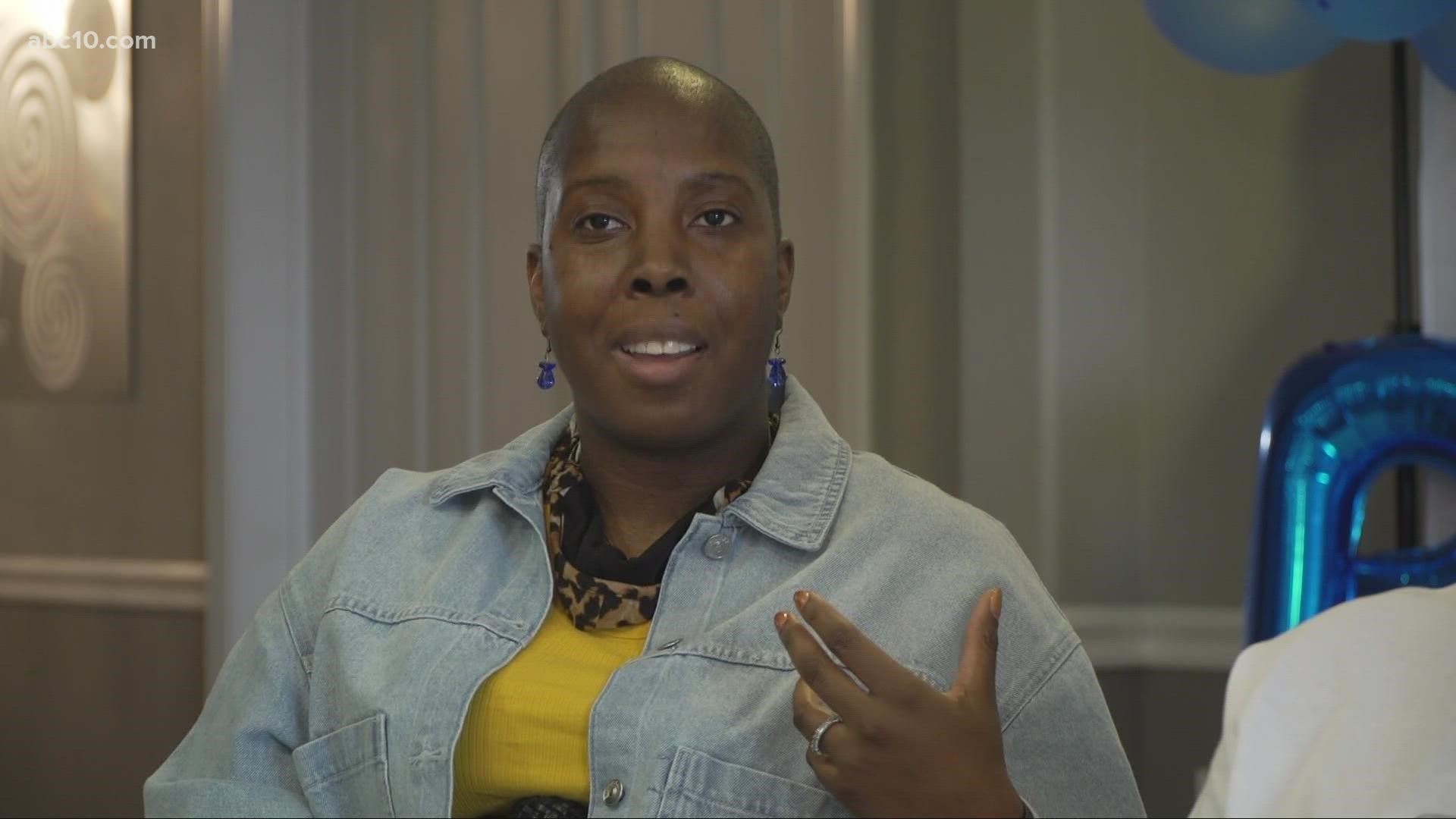 FAIRFIELD, Calif. — The people who make Northern California strong are those who inspire us and make our communities a great place to live. ABC10 wants to highlight their strength by recognizing what they do. This week, we want to introduce you to Darlene Phillips, the proud founder of Bald Life United 2 Empower, better known as B.L.U.E.

"Bald is beautiful and we rock it well," Phillips said.

B.L.U.E. is a Fairfield-based support group for people with alopecia, a common autoimmune skin disease that causes hair loss. The goal of B.L.U.E. is to raise awareness of the disease.

“It is hereditary, it's in our genes, and we never know when it’s going to hit us. It's like a thief in the middle of the night,” Phillips said.

September is National Alopecia Awareness Month. In the United States, 6.8 million people are affected by the disease, but members Charlotte Robinson and Bahiya Spaulding say many more may be undiagnosed because they don’t know about the disease, or haven’t found the right support, like they've found with B.L.U.E.

“A lot of times when I am in public, I get stared at a lot because I am bald. So, being with them makes me feel like I am not the only one they are staring at. They are staring at all of us,” Spaulding said.

Along with supporting and empowering people with Alopecia on a local level, members of B.L.U.E. also deliver or mail out bald Barbie Dolls to kids and adults around the world.

“Oh, the smiles when they open them. They are always like, ‘a Barbie like me’” Phillips said.

Darlene Phillips and her support group are gaining a lot of attention lately. Recently, she was featured in Bald Life Magazine and that led her to get involved with the “Bald Boss” movement, which encourages people with alopecia to be open and feel comfortable in their own skin.

“Being around them. It’s been great! I find myself wanting to get out and be around more people and to share in myself with others,” Robinson said.

If you want to learn more about B.L.U.E., you can follow them on Facebook. You can also see some of the alopecia-positive art made by Bahiya Spalding here.

Darlene Phillips and members of B.L.U.E. are NorCal strong. If you want to nominate a strong Northern Californian, send a text to (916) 321-3310 and put NorCal Strong in the message. Feel free to send pictures and web links, too.