The 12-gauge track has circled Folsom’s Lions Park since the 1970s but for the last 30 years, Terry Gold has poured all his time and money into the train. 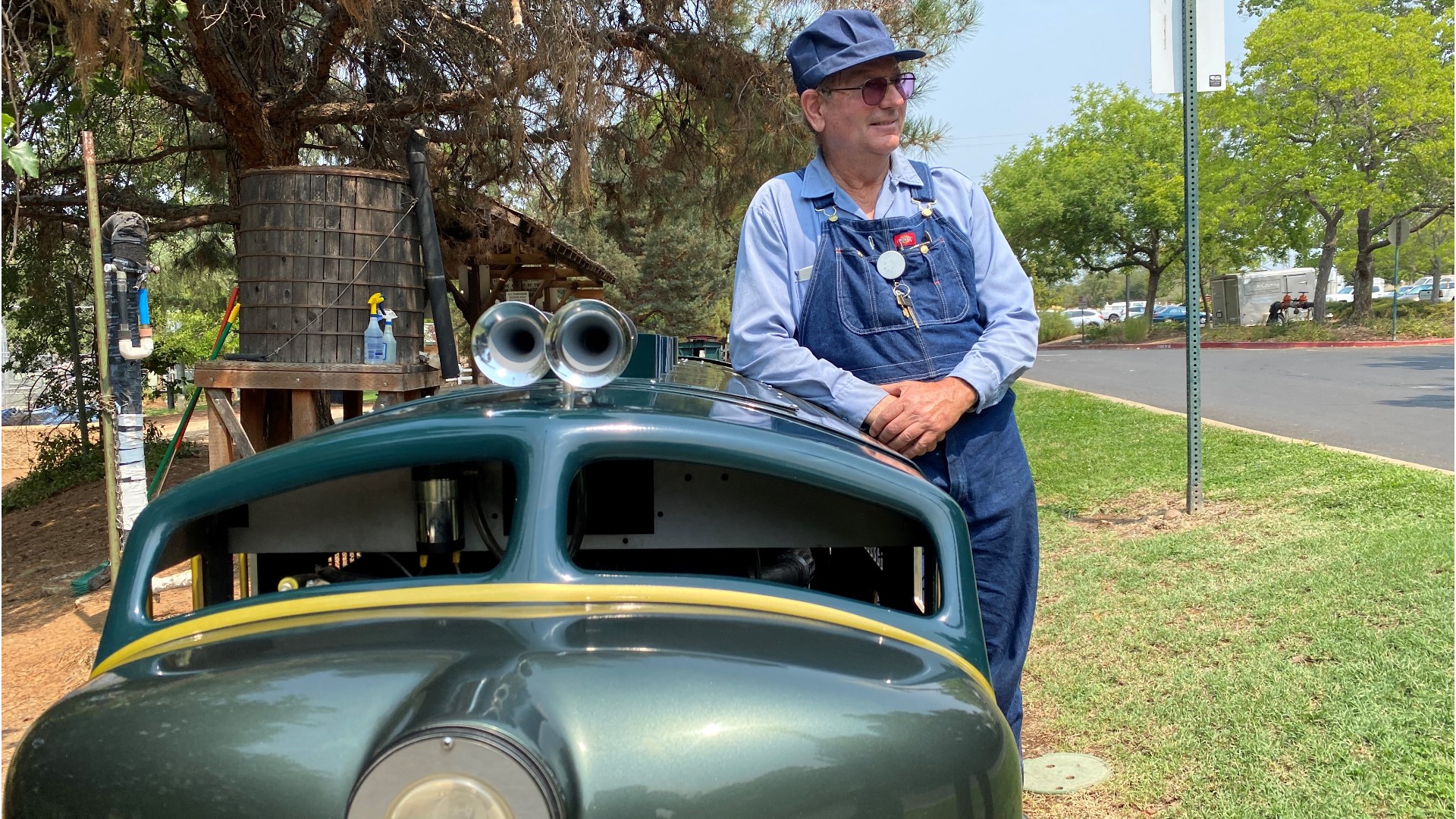 FOLSOM, Calif. — The people who make Northern California Strong are those who inspire us and make our communities a great place to live. ABC10 wants to highlight their strength by recognizing what they do. This week we want to introduce you to Terry Gold, operator of the Folsom Valley Railway.

Terry Gold has been hauling kids and adults behind his miniature locomotive for 30 years now.

“I love seeing the kids smiling. I have one little boy that rides the train six days a week,” Gold said.

Gold has been in the amusement park industry for most of his life. He cut his teeth working at Magic Mountain and Disneyland before buying the neglected Folsom Valley Railway in 1990.

“It took me six years to replace all these railroad ties,” Gold said.

The 12-gauge track has circled Folsom’s Lions Park since the 1970s but for the last 30 years, Gold has poured all his time and money into upgrades keeping the railway safe and fun for passengers of all kinds.

Credit: ABC10
Terry Gold has been hauling kids and adults behind his miniature locomotive for 30 years now.

“I had a lady come up to me and ask if she could bring her dog. I said sure. We carry about 300 dogs a year on the train,” Gold said. “I’m on the national register for things you can do with your dog.”

Dogs aren’t the only animals you will see on the railway. A friendly peacock named Prince George frequents the train station and if you are lucky, wild deer may make a surprise appearance at the roundabout.

The one thing that won’t surprise you is the ticket price. Since Gold started, he’s only raised the fare once. At $3.00 a person, it's affordable for all ages.

“Look at all the adults on the train--75 percent of all riders are adults,” he said.

Gold doesn’t make a lot of money running the train and he does not get help from the city. During the pandemic shutdown, he struggled but there was one thing that kept him from retiring.

“If it wasn’t for the kids, I would have given it up a long time ago. I enjoy what I do,” he said.

Terry Gold is NorCal Strong for putting smiles on passengers' faces for 30 years. If you want to nominate a strong Northern Californian send a text 916-321-3310 and put "NorCal Strong" in the text. Feel free to send pictures and or web links in the submission.