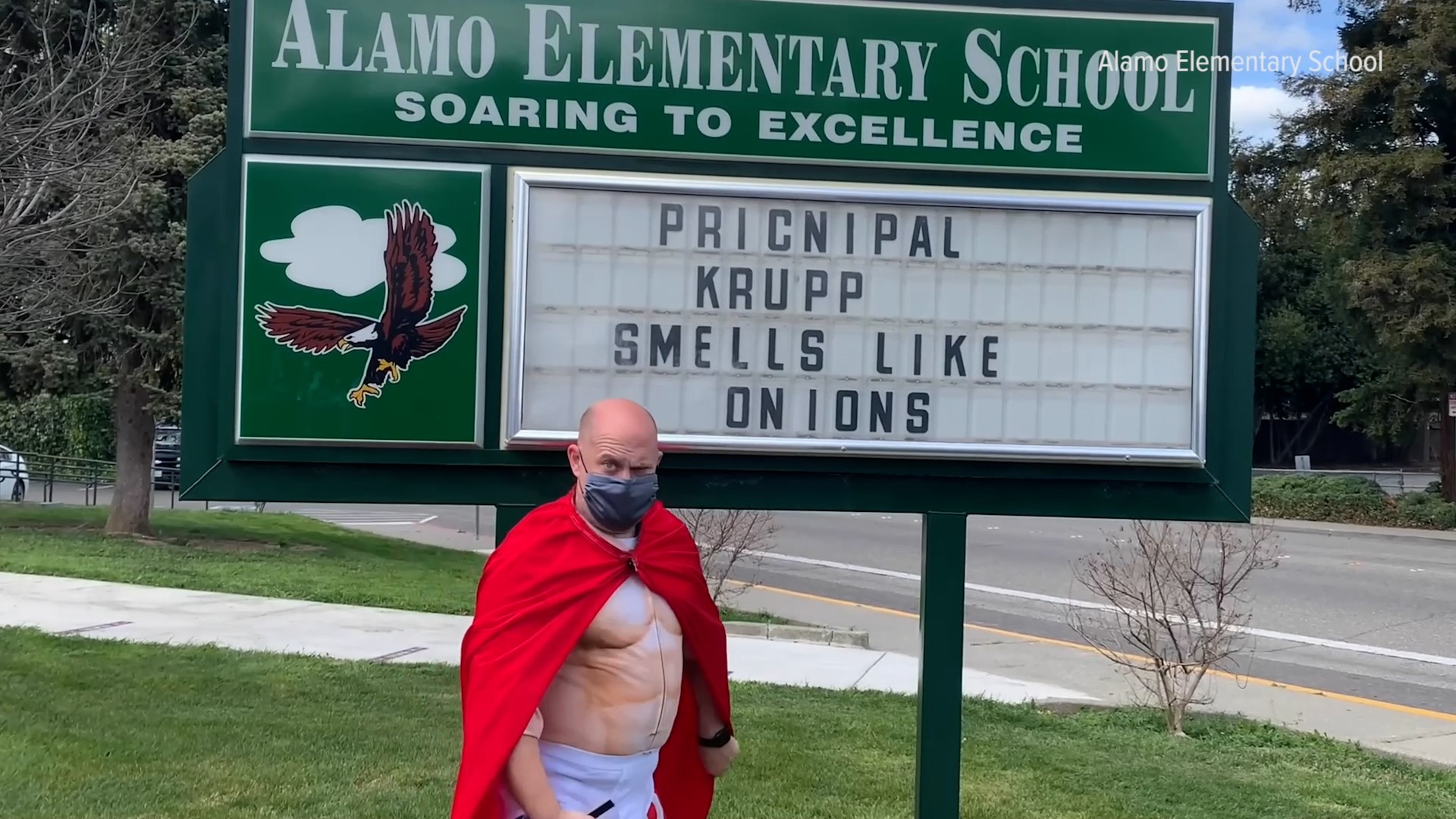 VACAVILLE, Calif. — The people who make Northern California Strong are those who inspire us and make our communities a great place to live. ABC10 wants to highlight their strength by recognizing what they do. This week we want to introduce you to Mick Simpson, a custodian at Alamo Elementary in Vacaville.

He’s a man of many faces and the star of Alamo Elementary School’s morning video announcements. When he's not playing "Captain Underpants" or the "Crazy Cat Lady", Mick Simpson is the Vacaville Unified School District's self-proclaimed COVID Buster.

Every day he used a backpack sprayer full of disinfectant to clean students' classrooms all the while humming the Ghostbusters song.

Personality and theatrics aren’t part of the custodial staff job description, but for the past four years, Simpson has been cleaning the school with one thing in mind:

“Being a positive role model helps these kids,” Simpson said.

From playing four squares on the playground to showing off his colorful socks, Simpson makes a conscious effort to make every day memorable for the kids.

“This is the most satisfying part of the job. I don’t care about the paycheck,” said Simpson, who goes above and beyond to his janitorial duties.

When students were gone during the pandemic, he painted a mural in the bathroom with just about every cartoon character imaginable. And with no children to feed the resident crows during lunchtime, Mick kept up the tradition of feeding them.

Simpson was even rewarded by one crow he named Charley.

“This is a ring Charley brought me and left on my porch here,” Simpson said.

The pandemic took a lot from the students at Alamo elementary, but even when they were confined to at-home learning, Simpson found a way to make kids excited to log on to their Zoom class. He helped Principal Derek Wickliff make a series of memorable and funny videos that played during the morning Zoom announcement.

“It is honestly the most satisfying jobs out of all the millions of jobs I have had in the past,” Simpson said.

Mick Simpson is NorCal Strong. If you want to nominate a strong Northern Californian, send a text 916-321-3310 and put NorCal Strong in the text. Feel free to send pictures and or web links in the submission, too.