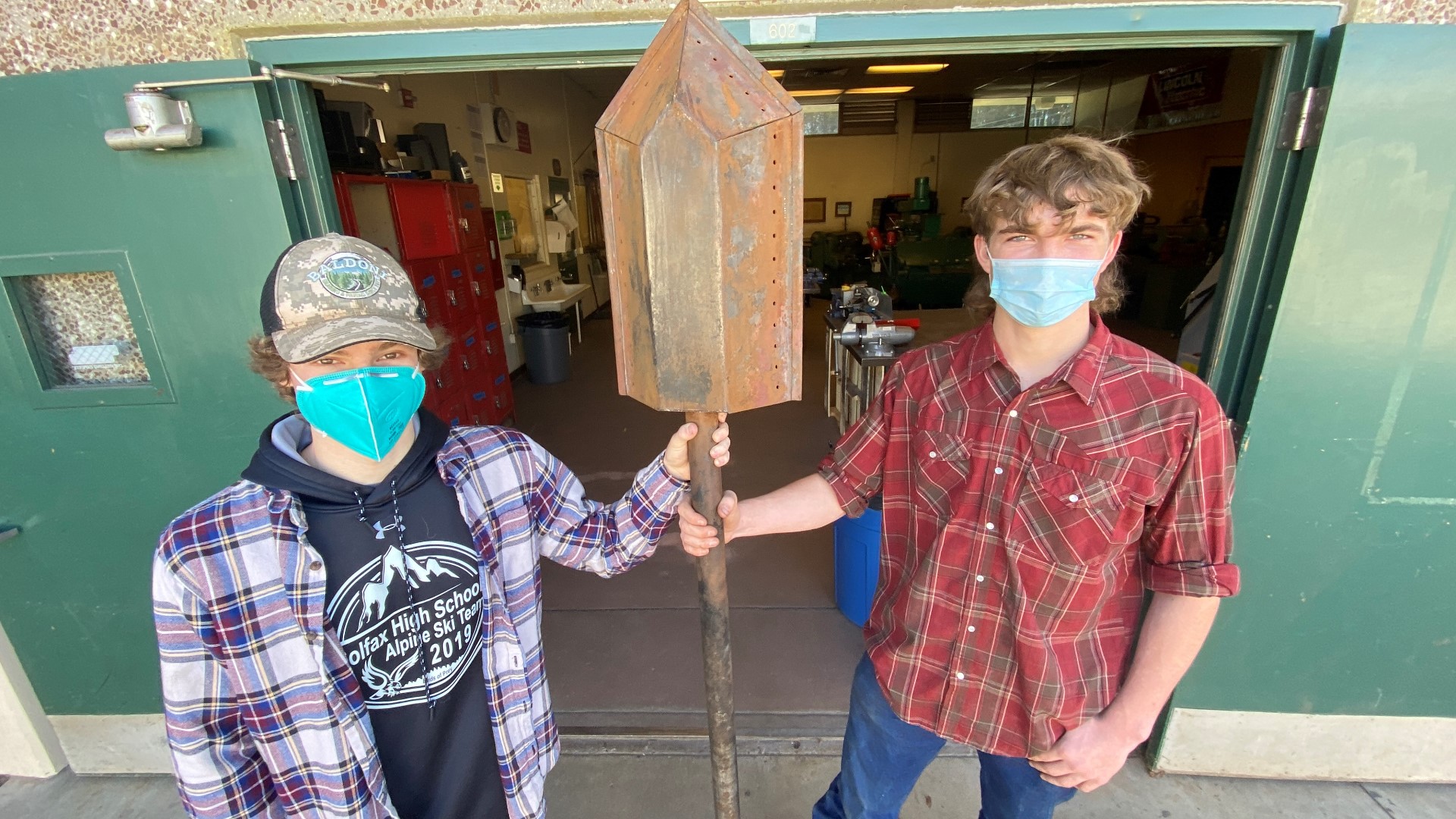 COLFAX, Calif. — The people who make Northern California Strong are those who inspire us and make our communities a great place to live. ABC10 wants to highlight their strength by recognizing what they do. This week we want to introduce you to the Colfax High School Invent Team.

Inside the Colfax High School metal shop, you’ll find a young group of students that are NorCal Strong. They are members of the Colfax "Invent Team" and they on a mission -- a mission to reduce wildfires with a simple device they call the EcoBurn.

“The primary purpose of this is to burn faster and burn cleaner,” said Invent Team member Nate Webb.

An overabundance of dead leaves, branches, and underbrush litter the forests in California and its potential fuel for a wildfire. In rural communities like Colfax, the most common way to get rid of underbrush and debris is to burn it in brush piles. But brush piles can burn for a long time.

“We’ve had some brush piles go for two or three weeks,” said Peter Molino, who is also a member of the Invent Team. “I know what it’s like to lose a house to fire. We live on 17 acres and we have a lot of brush we are trying to get rid of.”

The Invent Team says the EcoBurn reduces burn time from weeks to hours. The device has a simple design. It uses a common leaf blower to direct air under a brush fire via a large metal tube and special air distribution chamber.

“When the leaf blower is on you can see the airflow come out and that increase of oxygen helps the fire combust hotter and faster,” said team member Ben Schwartz.

Not only does the fire burn faster, but the Invent Team says that the EcoBurn creates less smoke and pollution.

“Yes, so the hotter the fire the more particulate matter that gets burned off before it leaves,” Schwartz said.

The EcoBurn was such a good idea that it won a $10,000 development grant from MIT. It was a proud moment for Invent Team Teacher Jonathan Schwartz.

“It a fantastic feeling. The intent of the grant is to go out to MIT and present it,” Jonathan Schwartz said.

The Invent Team won’t be traveling to MIT because of the pandemic, so instead, they are moving the EcoBurn into Production. The goal is to produce 100 EcoBurn units for the community.

“To help get the price point down we started a Kickstarter Campaign. We are trying to raise $12,500,” Jonathan Schwartz said.

Tap here if you want to support the Colfax Invent Team Kickstart campaign.

The Colfax High School Invent team is NorCal Strong. If you want to nominate a strong Northern Californian, send a text 916-321-3310 and put NorCal Strong in the text. Feel free to send pictures and or web links in the submission.