'Slow down!' One woman's quest to save turtles as they cross the street | NorCal Strong

Ruby says people built homes in the turtles' habitat so the least she can do is help them cross the many streets to their nesting spot. 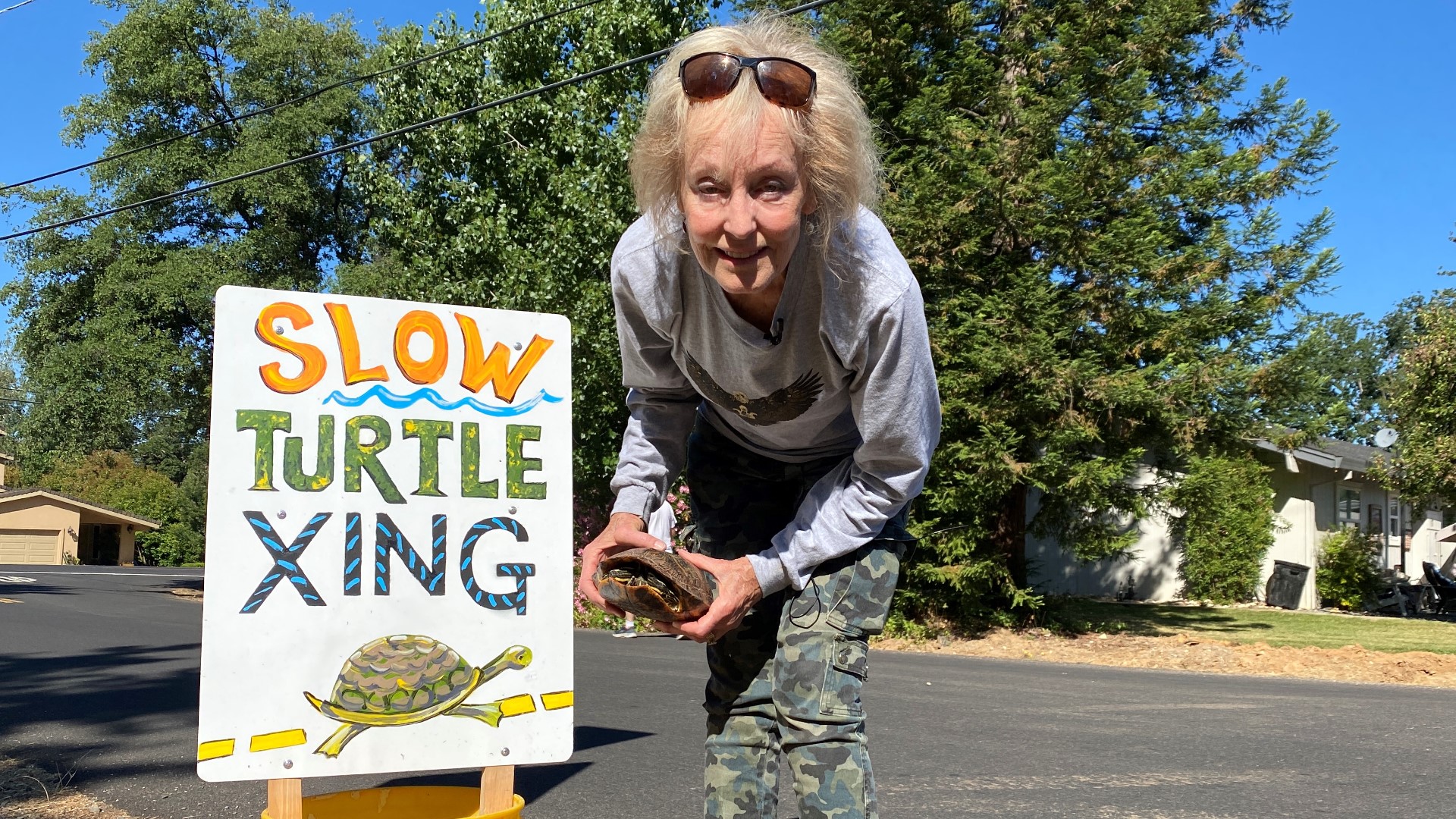 LAKE OF THE PINES, Calif. — The people who make Northern California Strong are those who inspire us and make our communities a great place to live. ABC10 wants to highlight their strength by recognizing what they do. This week we want to introduce you to Gemma Rudy also known as the “Turtle Lady”.

“This is the time when the females have to leave the water to nest,” said Ruby.

Neighbors call Ruby the “Turtle Lady” and for good reason. For the past 6 years, Ruby has been going to great lengths to warn drivers about the turtle crossing by putting up handmade signs warning drives to watch for crossing turtles.

“It started with me seeing squashed turtles on the road,” said Ruby. “They cross the road to go nest every May through July and they get run over.”

Ruby gets lots of calls this time of year to pick up and remove crossing turtles and more often than not, the turtles that cross the road are Red-eared sliders which are actually invasive to California.

California’s only natural turtle is the Western Pond turtle who also crosses these roads. The Red-Eared sliders were somehow transplanted in the Lake of the Pines many years ago and now they compete with or kill native species.

“I come and pick them up and take them to a Red Slider sanctuary where they can all be together and leave our Western Pond turtles alone,” said Ruby

Ruby says people built homes in the turtles' habitat so the least she can do is help them cross the many streets to their nesting spot.

“Probably like 4 crossing which is a death-defying feat when you are slow.”

Gemma Ruby is NorCal Strong. If you want to nominate a strong Northern Californian send a text (916) 321-3310 and put NorCal Strong in the text. Feel free to send pictures and or web links in the submission.

WATCH NEXT: This Ethiopian grain could be California's new superfood | NorCal Strong