In its newest initiative to bolster better relationships with the community, the Norfolk Police Department has launched an ice cream truck. 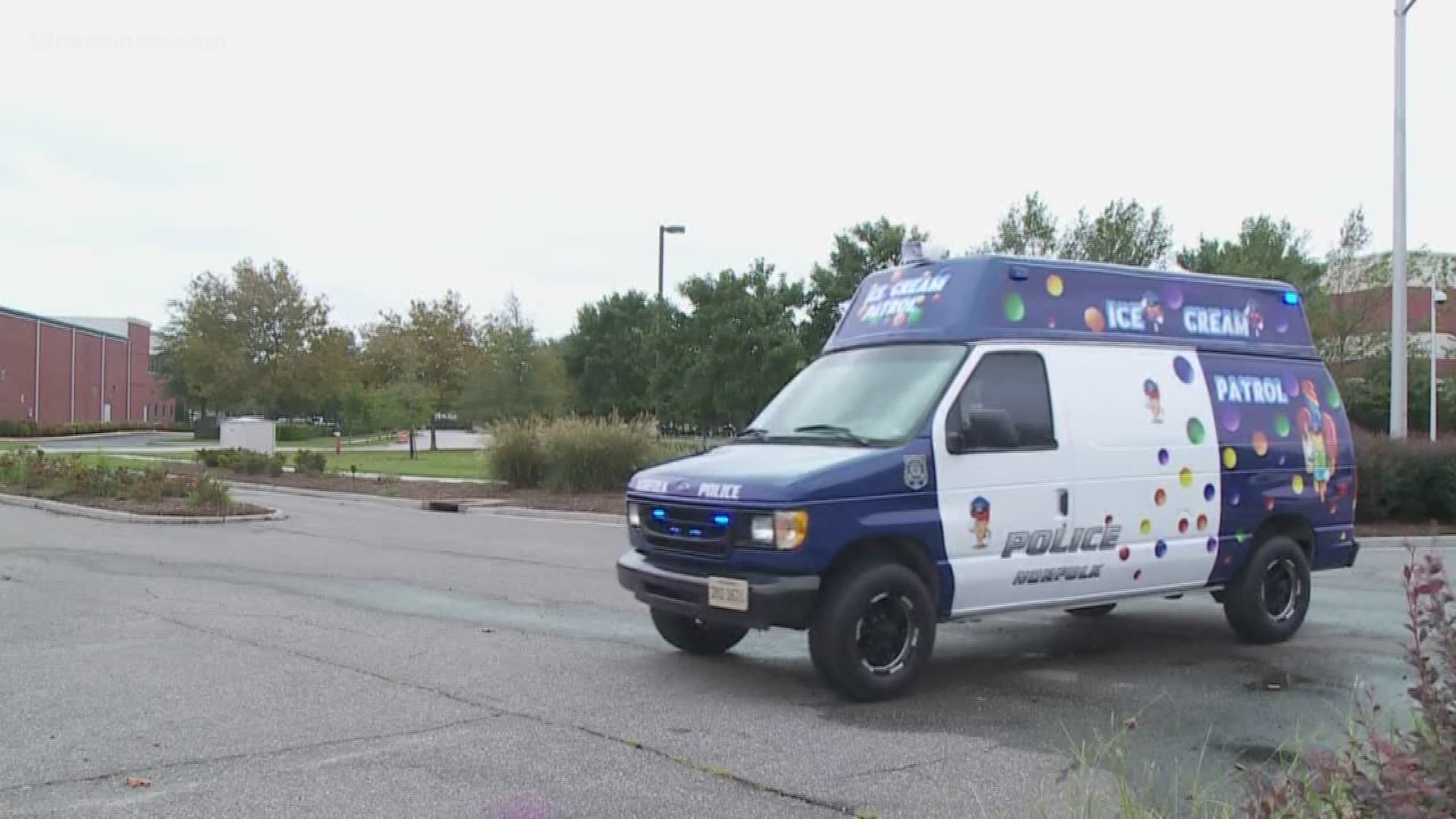 NORFOLK, Virginia — A joyous sound: an ice cream truck making its way down the street. It's a childhood memory that's as sweet as the treats it carries.

The Norfolk Police Department is looking to bring that same energy through their newest community initiative -- an ice cream truck!

According to a few social posts, NPD will introduce the truck on Saturday, Sept. 14 at three different parks in Norfolk.

Norfolk law enforcement will be at Berkley Park at 12 p.m., Lafayette Park at 1 p.m. and Northside Park at 2 p.m.

During this time, officers will give out free ice cream to kids as part of a mission to develop authentic relationships with the community.

The truck is owned and operated by the Norfolk Police Department and -- fun fact -- they're the first police department in Virginia to have an ice cream truck.

13News Now wanted to know if a waffle cone, two scoops and a cherry on top can really help prevent crime? So, we took it to an expert in the field of criminal justice.

Brian Payne is a long-time ODU criminal justice professor and now vice provost on campus. He called the idea 'brilliant.'

"These initiatives are actually quite central to what policing is," Payne said.

With the same men and women who put handcuffs on bad guys dishing up cold treats, police work is quietly underway.

By being out and about and getting to know people, the public is encouraged to speak up when a crime occurs. The truck is also preventing crime before it even happens.

"A great deal of research shows that people will think twice about their behavior, that the very presence of police officers in the community, sends a signal to potential offenders," he said.

So, whether it's an ice cream truck, bicycle patrol, RESET Walk or lip-sync video, it's still policing.

"It absolutely is more than selling a few ice cream cones. It's about building relationships, it's about protecting the community, it's about doing what makes all of us safer," Payne said.