This year’s event and march were hosted and led by BIPOC Women in support of Black Lives Matter. 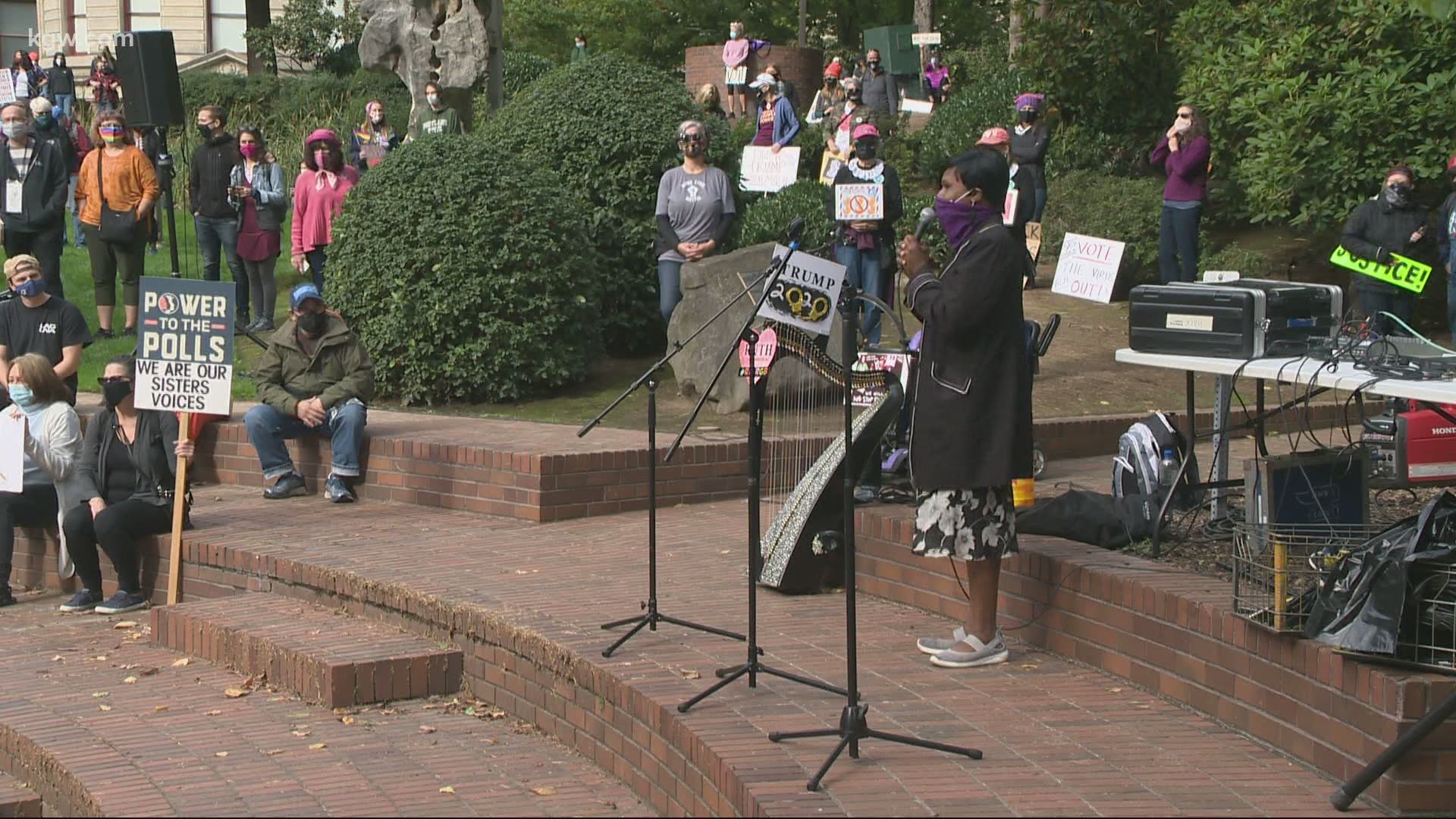 PORTLAND, Oregon — The annual Women's March happened across the nation on Saturday including in Portland.

"At some point, we need to stop asking for our rights and begin demanding them." The words of Dahlia Belle resonated with the crowd Saturday morning gathered Downtown for the PDX Women's Unity March for Justice.

People came together to stand for women's rights and speak out against the current administration. Dahlia Belle encouraged the crowd to rethink the structure of society. "Think of it not so much from a top-down perspective, really from building up those at the very bottom until we all get to share in whatever the benefits of that society are," explained Belle.

She was one of several speakers at this year's event which was hosted and led by BIPOC women in support of Black Lives Matter.

Organizer Rose Lawrence says the event was a platform to amplify the voices of women in oppressed communities. "I feel like this right now is absolutely the most important time to come together and amplify all of our voices and the change," said Lawrence. While change does not come overnight they encouraged the crowd to exercise their civic duty."...In the meantime, we have to utilize whatever tools we have, for the love of all that is good in this world please vote."

Happening now in Downtown: PDX Women's Unity March for Justice. This years’s event and March are hosted and led by BIPOC Women.@KGWNews pic.twitter.com/hi0UJB7dal

RELATED: This week in history: International Women's Day is born