“Identity within the community is varied,” said Monae Roberts (They/Them, She/Her). “We don't necessarily all identify in the same way." 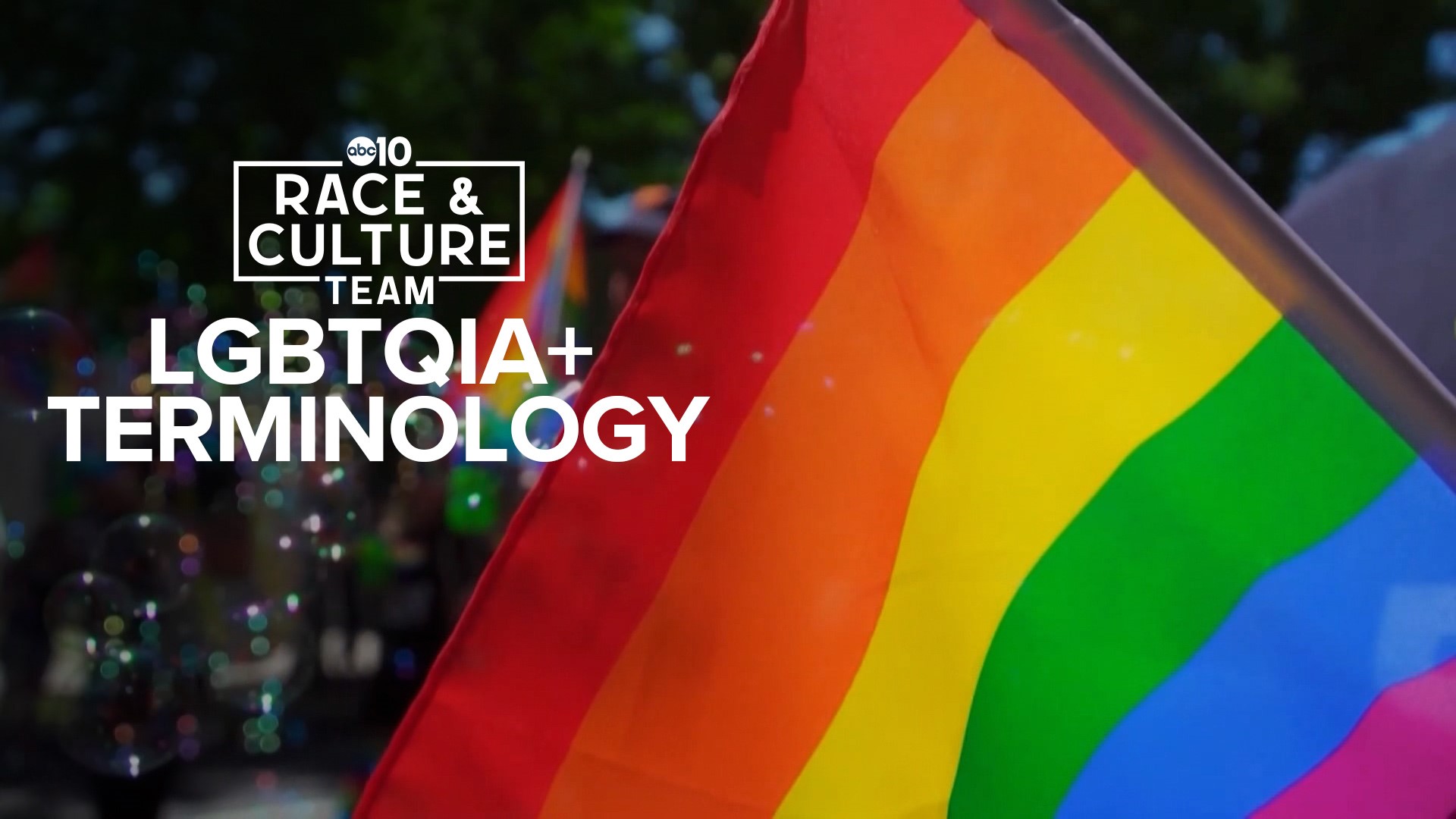 SACRAMENTO COUNTY, Calif. — The latest Gallup poll shows an estimated 5.6% of Americans identify as lesbian, gay, bisexual, transgender or queer. That's up from 4.5% in 2017, which is the last year polling on the issue was conducted by the organization.

Researchers surveyed more than 15,000 people aged 18 and older throughout 2020. They found more than half of LGBT adults (54.6%) identify as bisexual. About a quarter (24.5%) say they are gay, with 11.7% identifying as lesbian and 11.3% as transgender. An additional 3.3% use another term to describe their sexual orientation as something other than straight, such as queer or same-gender-loving.

“Identity within the community is varied,” said Monae Roberts (They/Them, She/Her), Director of LGBTQIA Resource Center at UC Davis. “We don't necessarily all identify in the same way. Words really matter. It's how we communicate. If we're going to be inclusive, we have to learn how to communicate with one another. It honestly boils down to language and understanding what these definitions mean.”

As LGBTQIA+ communities and groups continue to grow over the years in the U.S., the LGBTQIA+ language is also advancing. Some common terms people use to self-identify are lesbian, gay, bisexual, transgender, queer or questioning, intersex and asexual. Other terms include cisgender, gender non-conforming, non-binary or gender queer. People attracted to any gender may choose other words to describe their sexual orientation, such as pansexual, polysexual, omnisexual, fluid and more. Others may avoid using any label at all.

Happy Pride Month from the LGBTQIA+ Resource Center! Curious why the center celebrates Pride Month in May instead of June? It is because of the timing of the academic calendar! #Pride2021 (A thread 🧵...)
1/4 pic.twitter.com/H21B8isHa3

According to The Gay and Lesbian Alliance Against Defamation (GLAAD), an organization committed to tackling tough LGBTQIA+ issues to shape the narrative and provoke dialogue that leads to cultural change, the words people use to talk about lesbian, gay, bisexual and transgender people and issues can have a powerful impact on conversations. The right words can help open people's hearts and minds, while others can create distance or confusion. The abbreviation “LGBT” is commonly used within the movement for lesbian, gay, bi and transgender equality. But, according to GLAAD, the acronym can also be confusing and alienating to people outside of the LGBTQIA+ community or who do not understand the meaning or definition of each letter.

“LGBTQIA+ is an umbrella term that represents a lot of distinct identities and categories of people, but it also represents historical struggle and tensions within those communities about what issues are important, who is included, who is excluded,” said Dr. Tristan Josephson (He, Him), Associate Professor at the Department of Women's and Gender Studies at Sacramento State. “Words are important because they're a way of signifying respect, recognition, and dignity to groups of people. Terms, like transvestite, is outdated. It has historically been used to talk about trans folks who cross-dress.”

When it comes to tough conversations about LGBTQIA+ issues, such as marriage, employment protections, inclusive hate crimes laws, adoption, and ending "Don't Ask, Don't Tell," GLADD states, it can be easy to fall back on technical, abstract or highly charged language. Even though certain words can be familiar or comfortable, GLAAD explains that it can also derail discussions with those who are not familiar with LGBTQIA+ issues, conflicted or not yet supportive, or simply not aware of how their actions or inactions can hurt everyday Americans.

“Homosexual is a scientific term,” Roberts said. “It erases someone's humanity. Whereas the terms gay, lesbian and bisexual came from the community. It's really important that we allow the community to define ourselves, for ourselves. Back in the 80’s, when essentially the community was starting to get more presence in the media, we were always seen as something that was wrong, bad, or needed to be changed.”

According to GLAAD, homosexual is an outdated clinical term considered derogatory, extremely offensive and should be avoided. The term is frequently used by anti-LGBTQ extremists to denigrate LGBTQ people, couples, and relationships. Instead, GLAAD states, people should use the terms gay, lesbian, bisexual or queer, when appropriate, to describe people attracted to members of the same sex. When referring to LGBT people, GLAAD explains, other offensive phrases are "biologically male or female," and "born a man or woman." The preferred word choices are "assigned male at birth" or "assigned female at birth."

“If someone were to say, ‘I was assigned female,’ that is more accurate,” Roberts said. “When we're babies, we essentially are taking the world in. It isn't until we start to grow and get older that we can say, ‘this is what I was assigned, but this is how I identify, and this is how you should refer to me.’ Beyond education, there needs to be a culture change. We are social creatures meant to live with one another. If we're going to live together, we have to start respecting each other.”

"Using the correct pronouns for someone is simply respectful, just like using their name." @NickGAdams, director of transgender representation at GLAADhttps://t.co/gjt1FhGB4N

Names, pronouns, and descriptions are also important in LGBTQIA+ terminology. Gender pronouns, for example, are used in place of a proper noun. People use pronouns most often when referring to someone without using their name. In the Standard American English, the most commonly used pronouns, he or she, specifically refer to a person's gender. However, according to the LGBT Life Center, an organization with a mission to empower LGBTQ communities, the pronouns can create discomfort or cause stress and anxiety for some queer, gender non-conforming, non-binary, and transgender people. When it comes to the LGBTQIA+ community, some people don't use pronouns at all. Meanwhile, other people might simply prefer to be referred to by name alone. Some of the most common pronouns include he/him/his, she/her/hers, they/them/theirs, ze/zir/zirs, she/they or he/they.

“Sometimes, folks who aren't part of LGBTQ communities, think, it is too much trouble trying to think of the right words to use for folks,” Josephson said. “But, it's actually about meeting people where they are and giving them respect.”